You have reached the cached page for https://www.gemtracks.com/gears/zal-cleminson-32703/
Below is a snapshot of the Web page as it appeared on 10/6/2021 (the last time our crawler visited it). This is the version of the page that was used for ranking your search results. The page may have changed since we last cached it. To see what might have changed (without the highlights), go to the current page.
You searched for: zal cleminson guitarist what strings am i We have highlighted matching words that appear in the page below.
Bing is not responsible for the content of this page.
Gears + Equipment Used By Zal Cleminson - Gemtracks
Visit our marketplace for original beats
you can release as your own songs!
VISIT MARKETPLACE
Home / Gear Database / 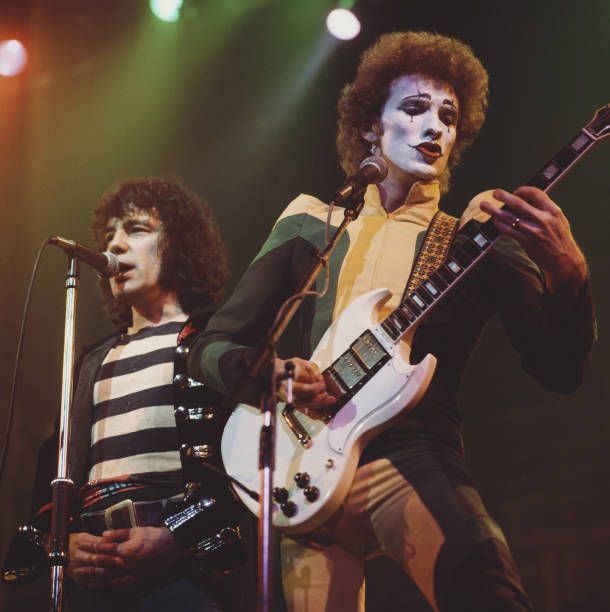 Alistair Macdonald ZalCleminson (born 4 May 1949, Glasgow, Scotland) is a Scottish guitarist, best known for his prominent role in The Sensational Alex Harvey Band between 1972 and 1978. In 2017, he put together a new rock band - /sin'dogs/, which recorded and released a 4 song CD and toured Scotland and England at the end of the year. A self-taught guitarist, at the start of the 1970s he played and recorded with the Glasgow-based band Tear Gas. The musicians in that band then provided the backing for Alex Harvey in The Sensational Alex Harvey Band (SAHB). Cleminson was an extremely distinctive stage presence with SAHB owing to his white-face mime makeup. He started wearing the mime makeup when the band started playing larger venues, so they could see what he was doing on stage easier. Cleminson has said The mime face came about with bigger gigs - more people could see what I was up to.

NEW!!
Imagine being a recording artist. For a cheap $149, buy one-off beats by top producers to use in your songs.
Gemtracks is a marketplace for original beats and instrumental backing tracks you can use for your own songs.
Choose a Genre

Be part of the music industry by using our custom beats in your own song releases for only $149! Buy and sell beats online now!

Full master ownership
You become the full copyright owner of each track after purchase.

No royalty ever
You keep every profit you make from your tracks.

Unlimited distribution
Release your tracks to as much platforms as you want, including Spotify, YouTube and radios.

Each track is only sold once
Once a track is gone, it's gone!

$149
one sale only
Melodic Tropical House in B Minor
get_app Download Preview
0 viewing
Duration
3min 44sec
Key
B Minor
Tempo
100 bpm
MORE INFO
A beat with ambient vibes and amazing melodiesInclusion: master track, wav stems, 100% ownership and instant delivery. This beat will be sold to one customer and removed from Gemtracks.

5 Proven Steps to Succeed in the Music Business

Get your FREE eBook on how to skyrocket your music career

Get your FREE eBook on how to skyrocket your music career