You have reached the cached page for https://www.therichest.com/entertainment/10-most-successful-artists-managed-by-simon-cowell/
Below is a snapshot of the Web page as it appeared on 9/20/2021 (the last time our crawler visited it). This is the version of the page that was used for ranking your search results. The page may have changed since we last cached it. To see what might have changed (without the highlights), go to the current page.
You searched for: youtube melanie amaro x factor audition We have highlighted matching words that appear in the page below.
Bing is not responsible for the content of this page.
10 Most Successful Artists Managed By Simon Cowell | TheRichest
By Simon Lazarus Published Jun 21, 2014
Share Tweet Email

An influential music mogul bar none, Simon Cowell has been a global phenomenon for some time. Having burst onto our screen in the UK version of Pop Idol, he then developed his own format which we all lovingly call the X Factor.

Seen by millions around the world, Simon Cowell introduced this beast onto our screen alongside American Idol. This has launched a thousand faces quite literally with a host of multi-platinum artists from Carrie Underwood to Kelly Clarkson.

We have all grown to love the wannabes not to mention the jokers who clamber into tightly packed audition rooms to grab their fifteen seconds of fame. Meanwhile, across the pond the UK version of the X Factor has also seen a wave of Brits put Cool Britannia firmly on the map. This includes the likes of Leona Lewis as well as Alexandra Burke who have both had phenomenal success in the US singles and album charts.

Since her $2.5 million dollar contract with Cowell’s label Syco, Lewis has amassed more than a staggering 20 million sales in records. Other notable records feature breaking the world record for the amount of digital downloads and becoming the first Brit in two decades to hit the Number 1 spot on the US Billboard 200.

Although which artists managed by Cowell come out on top? Here is a round of the 10 most successful singers who have been under his helm.

Formed in 1998, Westlife was one of the all time great boy bands. This Irish quintet split up in 2012 but left a legacy that has not really been matched since. Having signed them originally, Cowell spotted talent straight off and Westlife went on to sell more than 44 million records around the globe. In addition to this, they achieved 14 number ones and a string of studio albums and singles to boot. They had 26 top ten singles on the UK charts and are in the Top 40 biggest selling artists of all time. During their reign, the cheeky Irishmen actually sold more than 11 million albums.

The "Bleeding Love" star has had a career which has nearly spanned a decade. Having won the UK version of the X Factor, Essex born Leona Lewis has gone on to become one of the most recognised faces in the music industry. She is without a doubt the best-selling artist to have been created by the X Factor. Lewis has achieved a number of different awards to her name such as two MOBOs and an MTV Europe Music Award. She has also had the honour of being nominated on three separate occasions for a Grammy.

This pop opera group was another hit in the Simon Cowell music factory. Part opera and part pop band, Il Divo have had phenomenal success under Syco Music. They comprise of Frenchman Sébastien Izambard, Carlos Marín, David Miller, and Urs Bühler hailing from Switzerland. At present, Il Divo has sold an incredible 27 million plus albums. They have the ability to sing in a variety of languages including Spanish and Italian and have even appeared on American Idol.

Born in 1988, Alexandra Burke is another from the X Factor stable after she romped home to victory in Season 5 of the British series. She has plenty of musical roots thanks to her mother who was the lead singer of band Soul II Soul. She was actually one of the winners to be under the tutelage of judge Cheryl Cole on the show. Burke is now estimated to be worth in the region of $8 million but split from Syco last year. She is now appearing in the West End as Rachel Marron in the Bodyguard musical.

With an incredibly powerful voice, it is no wonder Melanie Amaro features on this list. After winning the X Factor USA in 2011, Amaro went on to sign a $5 million dollar deal off the back of her victory. Cowell caused controversy as she was not a pick and only got into the final 12 after a change of heart. She has starred in her very own Pepsi ad during the time of the Super Bowl XLVI and even appeared on Broadway in You're Never Alone.

One of the main Brit contenders to emerge from the music pack is Olly Murs. He did not even win the X Factor, but has spawned a series of successful albums and television appearances as a guest presenter. Murs’ second album which was entitled In Case You Didn't Know was released at the end of 2011. As a result, he went on to achieve two number one hit singles. Murs can certainly be proud of the Cowell factor as he now amassed more than 10 million records sales across the globe.

This all American girl group were put together on Season 2 of the X Factor USA. They consist of Ally Brooke Hernandez, Normani Hamilton, Dinah Jane Hansen, Camila Cabello and finally Lauren Jauregui. They are currently signed in a joint agreement with Syco Music and Epic Records. In the last twelve months, Fifth Harmony have released an EP known as Better Together and have achieved some notable chart success including being in the Top 10 of the official Billboard 200.

This all singing British pop group were formed during the eighth season of the UK version of the X Factor. Little Mix went on to launch a debut album in November 2012 which gave them success in nearly 1o countries as well as a number 4 spot on the US Billboard 200. They achieved history as becoming the first girl band since the infamous Pussycat Dolls to have a top 5 chart position in the US. To date, Little Mix has achieved more than 5 million record sales and nearly 3 million albums globally.

What has not already been said about this boy band? With mass hysteria rivalling some Beatles concerts, One Direction is arguably the biggest group on the planet. They have achieved a string of awards from Brits to MTV Videos and are worth an estimated $50 million. This makes them the second richest UK musicians who are less than 30 years of age. They have smashed all manner of records including becoming the first band in history to score three albums at the iconic number one spot on the Billboard charts.

Since becoming runner up on one of Simon Cowell’s other shows Britain's Got Talent, Susan Boyle has become a major talent. The wee Scottish lass is considered to be one of the all-time biggest selling artists in the United States. Her YouTube videos have surpassed 100 million views, whilst she has sold an incredible 19 million albums worldwide. 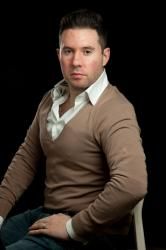 Simon Lazarus is an experienced PR/Business Consultant and copywriter with a number of clients across different territories including the US, Europe, Asia, China and the Middle East. His vast portfolio includes writing content for a variety of sites on food and drink, travel, luxury, personal finance, news, showbiz, sport, technology, health and much more. He also advises businesses on strategies and marketing across different sectors

8 Countries With The Most Expensive Healthcare

Rich Reads: The 10 Biggest Book Advances Of All Time

Living Less? 10 Celebrities Who Left Hollywood For a Normal life

Influencer Boxing: How A Pivot Into Boxing Made The Paul Brothers A Fortune

Scarlett Johansson Vs. Disney: How Much Would The Actress Make If She Wins The Lawsuit?