You have reached the cached page for https://sciencing.com/adaptations-do-wolves-8484750.html
Below is a snapshot of the Web page as it appeared on 1/21/2022 (the last time our crawler visited it). This is the version of the page that was used for ranking your search results. The page may have changed since we last cached it. To see what might have changed (without the highlights), go to the current page.
You searched for: wolverine guard We have highlighted matching words that appear in the page below.
Bing is not responsible for the content of this page.
What Adaptations Do Wolves Have? | Sciencing

What Adaptations Do Wolves Have?

A mostly undeserved reputation as dangerous to people and an occasional, somewhat overhyped taste for livestock has made the gray wolf one of the most feared and hated creatures on the planet. Human persecution has greatly reduced its North American and Eurasian range, but it remains one of the most broadly distributed mammals on Earth. Physical and behavioral adaptations help explain its success across an impressive variety of environments: from Arctic tundra and taiga to subtropical forest and desert. 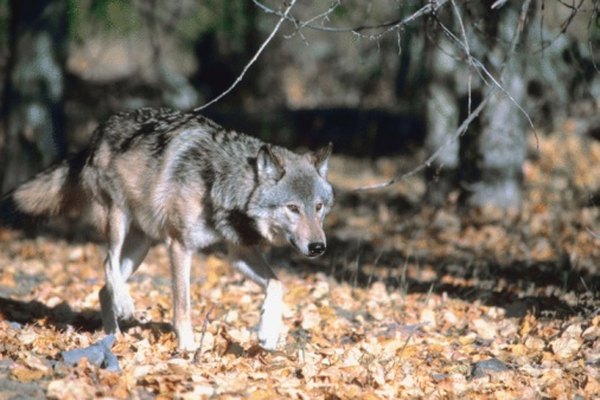 Gray wolves sport dense coats – thicker in winter, lighter in summer – composed of two layers of fur: a wool-like undercoat for insulation and longer, coarser outer guard hair that sheds water. Wolves inhabit some of the coldest regions on Earth, including the interior of Siberia and Arctic tundra; such northern populations have thicker, longer fur than their southern counterparts, and in winter grow insulating hair between their paw pads. A wolf huddled against cold gains added warmth by wrapping its bushy tail around its face. Besides thermoregulation, wolf fur serves a social function: Longer guard hairs of contrasting color along the nape form a mane that bristles in aggression. Despite their name, gray wolves come in a variety of colors, more than most mammals: While many are blends of gray and brown, they range from pure white to solid black. 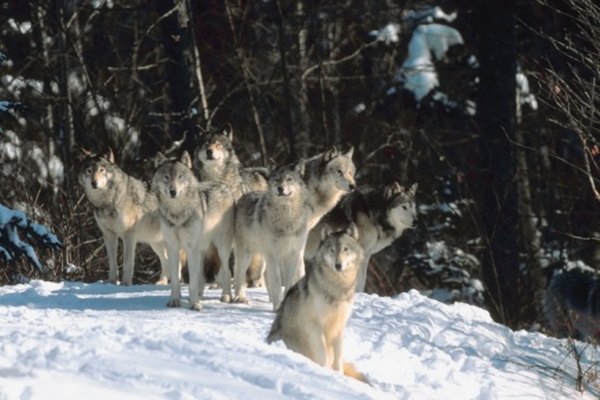 Gray wolves may weigh as much as 175 pounds, making them the largest member of the dog family. Their size alone makes them an impressive carnivore, but they greatly improve their predatory success by hunting in packs bound by a complex social structure. Cooperative hunting helps them better bring down large prey such as moose, bison and muskoxen many times the size of an individual wolf. Large paws, long legs and an athletic build allow wolves to cover great distances efficiently; packs hunt within a designated territory that may be 1,000 square miles in area. Wolves hone in on prey with eyesight 20 times sharper than a human’s and a sense of smell 100 times stronger, and run it down with great endurance and impressive speed – as fast as 40 miles per hour. A wolf subdues prey with only its sharp, well-developed incisors and canines and its strong jaws, which grip with as much as 1,500 pounds of pressure per square inch.

The Rich World of Wolf Communication 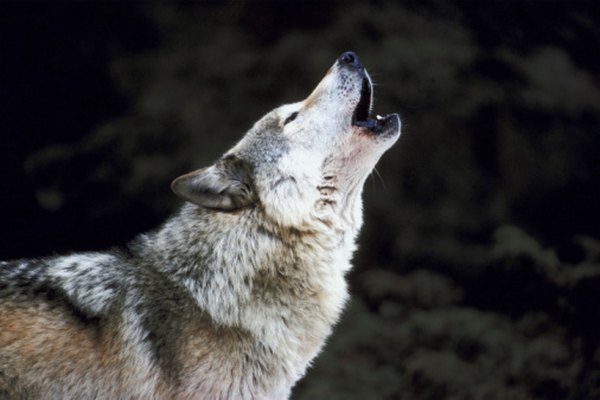 Wolves rank among the most social of carnivores, so it’s not surprising they have evolved such diverse forms of communication. The most dramatic form of wolf-to-wolf communication, howling, serves to locate separated pack members and advertise a pack’s territory, as a wolf howl may be audible for several miles. Wolves also “woof” and bark, both sounds often used in warning when other animals approach a den site. Growling, snarling and whining mark aggressive disputes between wolves, as when a higher-ranking pack member enforces its position over a lower-ranking one – important for maintaining order within a pack – or when rival packs clash. Body language plays a big role in wolf communication, too: an aggressive wolf raises its hackles and tail, cocks its ears forward and walks stiff-legged, while a submissive one will flatten its ears, tuck its tail between its legs and often roll over to show its belly. 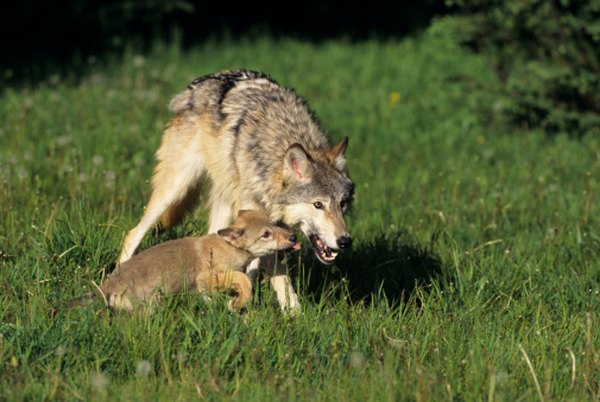 Most wolf packs include between four and 15 wolves, including the alpha male and female, which tend to mate for life and usually serve as the only pair within the pack to breed. All pack members, however, help raise the pups: They may take turns watching over the den site while the rest of the pack is off hunting, and bring food back to the pups after they have been weaned off their mother’s milk. The behavioral adaptations of communal care and defense improve the odds of survival for a litter of pups and help reinforce bonds within the pack.

Difference Between a Red Fox & a Coyote

How Do Giraffes Communicate?

Differences Between Wolves and Coyotes

The Differences Between a Puma, a Cougar and a Mountain...

What Is the Difference Between a Badger and a Wolverine?

How Do Cheetahs Reproduce?

Adaptations of Cheetahs to Live in a Savanna

About a Wolf's Sense of Smell

Animals & Plants That Live on Mountains

We Have More Great Sciencing Articles!

Difference Between a Red Fox & a Coyote

How Do Giraffes Communicate?