You have reached the cached page for https://letterboxd.com/film/winchester-73-1967/
Below is a snapshot of the Web page as it appeared on 12/2/2020 (the last time our crawler visited it). This is the version of the page that was used for ranking your search results. The page may have changed since we last cached it. To see what might have changed (without the highlights), go to the current page.
You searched for: winchester 73 movie 1967 wikipedia We have highlighted matching words that appear in the page below.
Bing is not responsible for the content of this page.
‎Winchester '73 (1967) directed by Herschel Daugherty • Reviews, film + cast • Letterboxd 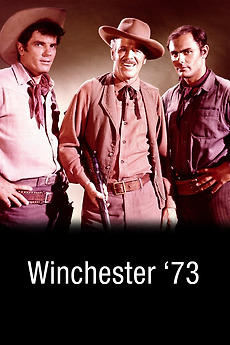 TV Remake of the 1950 James Stewart Western movie of the same title has two brothers, one an ex-con the other a law officer, competing for possession of the famed repeating rifle.

Every Western Ever Made (1894-present)

Every movie featuring a member of the Barrymore (& Drew) family, including spouses. Full family tree here at Wikipedia. There's…