You have reached the cached page for https://www.amazon.com/WikiLeaks-Inside-Julian-Assanges-Secrecy/dp/0852652399
Below is a snapshot of the Web page as it appeared on 9/2/2020 (the last time our crawler visited it). This is the version of the page that was used for ranking your search results. The page may have changed since we last cached it. To see what might have changed (without the highlights), go to the current page.
You searched for: wikileaks: inside julian assange's war on secrecy wikipedia 2017 2018 We have highlighted matching words that appear in the page below.
Bing is not responsible for the content of this page.
WikiLeaks: Inside Julian Assange's War on Secrecy: David Leigh, Luke Harding: 9780852652398: Amazon.com: Books

Have one to sell?
Sell on Amazon

Track your books
Bring your club to Amazon Book Clubs, start a new book club and invite your friends to join, or find a club that’s right for you for free.
Explore more
Flip to back Flip to front
Listen Playing... Paused   You're listening to a sample of the Audible audio edition.
Learn more
See all 2 images 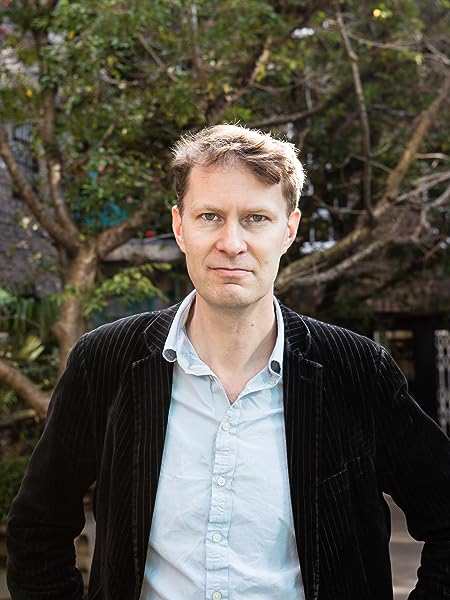 Start reading on your Kindle in under a minute.

4.1 out of 5 stars
4.1 out of 5
33 customer ratings
How are ratings calculated?
To calculate the overall star rating and percentage breakdown by star, we don’t use a simple average. Instead, our system considers things like how recent a review is and if the reviewer bought the item on Amazon. It also analyzes reviews to verify trustworthiness.
Top reviews

Larry Rochelle
5.0 out of 5 stars Surprise! The Truth Hurts
Reviewed in the United States on January 8, 2013
Verified Purchase
Leigh and Harding only falter a few times in this fast-moving, bio-scandal hybrid about Assange and Manning, and the leak of many secret documents.

1. FOX NEWS wants Assange assassinated.
2. Senator Lieberman wants Assange terminated.
3. Hillary Clinton would like Assange to be erased.
4. But, then, a few months after the massive leak, America learns that the leaks actually increased the popularity of the USA among the regular people in the Middle-East.
5. Yes, the clear, colorful descriptions of criminal elements in Russia, Iraq and Afghanistan really made citizens of these countries both angry at their leaders and happier about the USA.
6. So, the USA backed off...a little.
7. But, today, Manning is still locked up and Assange can't go out and play.
8. Obama's State Department seems aware and useful.
9. But, Obama and the USA military remain angry cretins.
10. We learn, basically, that leaks can help the world.
11. But, pity the poor leakers.
12. They must be punished and tortured and kept in solitary and hurt and criticized and deported or jailed or killed or driven insane.
13. Nice country you've made, Mr. President.
14. And, by the way, keep up the drone assassinations of brown people. These killings are really getting you support among the innocent victims.
15. Hope you bring the drones to the USA ghettos and barrios soon. I know you want to.

Julio Biason
3.0 out of 5 stars Almost a Cablegate novelization
Reviewed in the United States on March 29, 2015
Verified Purchase
The first comment I did on my updates about this book is "Words, words, words. This doesn't look good." This is my warning that there are some things the writer did that are completely unnecessary and could be thrown out without losing any context. There are a lot more of those "words, words, words" moments all over the content, so much that the book feels more like a novelization of the Cablegate events than a proper recounting of the events.

It doesn't make the story itself bad, it is a good story with a lot of cruft.

But the story itself it's about Wikileaks, from its inception to the release of the so called Cablegate -- the release of several diplomatic cables. Actually, Wikileaks is just the background story here; the whole action is more about how The Guardian dealt with Assange and the other publishing partners than Wikileaks itself.

It's not a bad story, even with the abundance of words. There are a lot of forgotten elements -- like the story behind Manning and his leaking -- which tend to be completely ignored at this point. But, again, there are too many unnecessary words that go nowhere. Prepare to get annoyed about the continuous mention of the some cable over and over again -- and see the said cable in its complete form in the end.

(Why I'm mentioning this? 'Cause the book makes a huge deal of how several cables affected international politics, but keep mentioning the same three cables over and over again. I mean, if several where that important, why are the same three mentioned so many times?)
Read more
3 people found this helpful
Helpful
Comment Report abuse

Donn Edwards
5.0 out of 5 stars Interesting read
Reviewed in the United States on August 13, 2011
Verified Purchase
I'm sure that Julian Assange wasn't too happy with some of the stuff in this book, but it seems like the authors tried to be a little less partisan than they could have been. I have a great respect for Wikileaks and the media as a result of reading this book. Actually, I preferred the audiobook form even more, but that's a personal preference.
Read more
2 people found this helpful
Helpful
Comment Report abuse

cortot7b
4.0 out of 5 stars Four Stars
Reviewed in the United States on December 2, 2015
Verified Purchase
Haven't finished yet reading it, but still think it was absolutely right what he did.
Read more
Helpful
Comment Report abuse

Edsopinion.com
4.0 out of 5 stars Julian Assange From The Viewpoint Of The Guardian
Reviewed in the United States on March 22, 2011
Verified Purchase
This book is written by the Guardian reporters who had the most contact with Julian Assange. They even put him up on occasion. They dined with him often and dealt with him on a continuing basis. They were the ones to "find" him and set up the publication of Wikileaks materials in the main stream media. Therefore this book is about the first hand information they acquired about Assange. However it was written after a break in relations for what that is worth.

It is an analysis of Assange his motivations and the importance of his materials. They were the ones that analysed the Bradley Manning cables and published articles putting them in perspective. With out the Guardian reporters probably Assange would not have the entre on to the World's stage that happened. The book contains an appendix of some of the more important cables.

The book is not a character assassination. It does put the whole matter into perspective from the Guardians point of view. It is worth reading.

However the story is not over. There is the trial of Bradley Manning and the possibility Assange may be indicted or unindicted as a co-conspiritor. The matter in Sweden has also not run its course. Also the US has not officially charged Assange with a crime and has not sought his extradition from either the United Kingdom or possibly Sweden in the future.

Why it would be easier to extradite him from Sweden than the UK is not explained. It may be that any indictment needs Bradley Manning to testify he was a conspiritor because publication alone might not be a crime. Also is posting on the internet entitled to the 1st Amendment rights of publishers and reporters? Is the Huffington Post entiled to the same rights as the NY Times? I gave the book four stars because because of the objectivity problem.
Read more
6 people found this helpful
Helpful
Comment Report abuse

Wallace
5.0 out of 5 stars It's 1984 all over again!
Reviewed in the United States on May 5, 2014
Verified Purchase
It would be nice if there was a conclusion but it goes on and on after publishing. one two three
Read more
Helpful
Comment Report abuse
See all reviews from the United States

Heather
4.0 out of 5 stars Well packaged, good price fast delivery
Reviewed in the United Kingdom on September 8, 2019
Verified Purchase
The book is for myself. Not yet fully read. Assange was let down badly by the writers
Read more
One person found this helpful
Helpful
Sending feedback...
Thank you for your feedback.
Sorry, we failed to record your vote. Please try again
Report abuse

Ashleigh Bartrum
1.0 out of 5 stars This is basically just a character assassination of Assange. ...
Reviewed in the United Kingdom on July 13, 2015
Verified Purchase
This is basically just a character assassination of Assange. I had to stop reading it as the bias was so obvious I could no longer turn a blind eye to it. There are a lot of other books on wikileaks with an unbiased and factual approach rather than a book based on the opinions of two journalists who have failed to acknowledge any of the achievements of wikileaks or what they stand for. It's a disappointing read and I suggest trying a different author if you want a fair account.
Read more
3 people found this helpful
Helpful
Sending feedback...
Thank you for your feedback.
Sorry, we failed to record your vote. Please try again
Report abuse

Elizabeth Frazer
4.0 out of 5 stars An interesting guide to the wikileaks saga
Reviewed in the United Kingdom on May 24, 2015
Verified Purchase
I found this book useful for explaining the background to the wikileaks events, which are not always spelled out in newspaper reports.
Read more
Helpful
Sending feedback...
Thank you for your feedback.
Sorry, we failed to record your vote. Please try again
Report abuse