You have reached the cached page for https://gate.fandom.com/wiki/Gate_-_Thus_the_JSDF_Fought_There!
Below is a snapshot of the Web page as it appeared on 4/22/2021 (the last time our crawler visited it). This is the version of the page that was used for ranking your search results. The page may have changed since we last cached it. To see what might have changed (without the highlights), go to the current page.
You searched for: wiki gate jsdf We have highlighted matching words that appear in the page below.
Bing is not responsible for the content of this page.
Gate - Thus the JSDF Fought There! | Gate - Thus the JSDF Fought There! Wiki | Fandom

Gate - Thus the JSDF Fought There! (ゲート 自衛隊 彼の地にて、斯く戦えり Gate: Jieitai Kanochi nite, Kaku Tatakaeri (lit. Gate: The Self-Defense Forces Fight Like This in That Place) is a Japanese fantasy novel series written by Takumi Yanai from 2006 and later published by AlphaPolis. A manga adaptation illustrated by Satoru Sao began in July 2011, and three spin-off manga began in 2015. An anime television series being airing from July 3, 2015 and has been licensed by Sentai Filmworks in North America.

In August 20XX, a portal to a parallel world known as the "Gate", suddenly appeared in Ginza, Tokyo where monsters and human warriors wearing ancient armor poured out of the portal, killing everyone in their way and trying to claim the area as their own. This would later be known as "The Ginza Incident". Immediately after the attack, the Japanese Ground-Self Defense Forces launches a counter-attack, repelling and pushing the invaders back to the Gate and reclaiming Ginza. Hoping to establish a diplomatic relationship with the people beyond the Gate and capture the ones responsible for the massacre of Ginza, the JSDF, under orders by the Prime Minister, takes over and enters the Gate where they dispatch the Third Reconnaissance Team to scout the "Special Region" led by 33-year-old First Lieutenant Youji Itami. Itami was there when the Ginza incident happened and, luckily for him, exploring the Special Region is a dream come true since the Lieutenant is an Otaku. While the 3rd Recon Team explores the Special Region, back on Earth, the major powers take a special interest with the Gate...

The protagonist of the series, Itami is a 33 year-old otaku and JSDF soldier, who is promoted to second lieutenant and tasked to investigate the other side of the gate, after successfully escorting hundreds of citizens to safety during the attack on Ginza.

An elf more than 150 years old, Tuka is still a teenager thanks to her race's longevity. She loses her father who sacrifices himself to save her when her village is attacked by a dragon. Since then, she has traveled with Itami and co. However, she has a hard time coping with her father's loss and eventually starts viewing Itami as a replacement for him, much to his chagrin.

A 16-year-old human from the other world with some knowledge in magic, she quickly learns the Japanese language and becomes the translator for Itami's party.

A warmongering demigoddess who has lived for almost a millennium, she still has the form of a young girl, dressed in a Gothic Lolita fashion and armed with a massive axe. She takes a liking for Itami thus joining his party. Being a physical incarnation for the god of death, she has many superhuman qualities. She stopped aging once she became a Demigoddess and thus possesses eternal youth. She claims she can change her physical appearance at will once she ascends. She has superhuman strength, swinging around a giant axe, heavy enough that a grown man can't even lift it, like it was a child's toy, and she can regenerate from any wound she takes; even if her limbs get chopped off, they can regrow if brought close together. Her powers come with certain drawbacks however. She can no longer experience sexual arousal normally, instead her body acts like a conduit for the souls of the dead to reach the afterlife, which gives her the ability to detect when people close by are dying; this process is also her only way to experience sexual arousal, which can only be soothed either by sexual intercourse, or by going into battle, killing and destroying. Also, due to her immortality, there is the risk that if her head is permanently separated from the body, like if it gets cut off and buried somewhere, she will be stuck like that until her ascension to Goddess when she reaches 1000 years old.

A princess from the empire that rules the other world, she wishes to establish peace with Japan, as she knows that there is no way for the empire to stand against the JSDF's military power, and a war with them will eventually lead to its destruction.

A dark elf who is over 300 years old, she seeks the JSDF's aid when the same dragon that attacked Tuka's village moves to the forest where her tribe lives, becoming a threat to them. After the dragon is vanquished, she joins Itami's party as well.

Takumi Yanai, a former member of the JSDF, initially published the work on the user-generated content site Arcadia from April 2006 until June 2009 under the pseudonym Todoku Takusan(とどく＝たくさん Todoku Takusan). In 2010, AlphaPolis offered him to publish his work in print. The first two web novel volumes were slightly altered to make them less "poisonous" whereas the final third web novel volume was rewritten and expanded into three volumes. These five volumes were published from April 12, 2010 to December 22, 2011 with cover illustrations by Daisuke Izuka. Since then, the series has continued with five volumes of side stories as of July 2015. In December 2012, AlphaPolis began a reprint of the series as a light novel, where each novel volume was split into two small-sized light novel volumes in bunkobon format, as well as new cover and inside illustrations by Kurojishi.

Published by AlphaPolis. The manga is written by Takumi Yanai and drawn by Satoru Sao . The serialization began in July 2011 and as of january 2021 has sixteen volumes and still ongoing.

Volume 16 Cover
Add a photo to this gallery 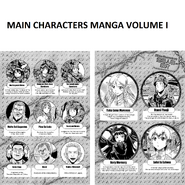 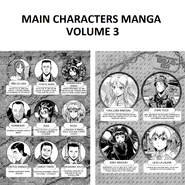 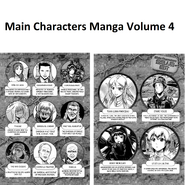 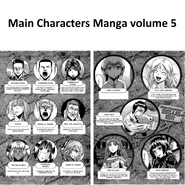 Main Characters Manga volume 5. Note Pina is on the main Character page with Itami and the others. 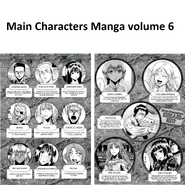 Main Characters Manga volume 6
Add a photo to this gallery

The anime television series adaptation is produced by A-1 Pictures and directed by Takahiko Kyōgoku, premiered in Japan on July 3, 2015, to September 19, 2015. The anime is streamed online by Crunchyroll and is licensed by Sentai Filmworks in North America.[1] The anime aired it's second cour/part in winter of 2016, titled Gate: Jieitai Kanochi nite, Kaku Tatakaeri Enryuu-hen (Fire Dragon Arc) GATE（ゲート）自衛隊 彼の地にて、斯く戦えり 第2クール. 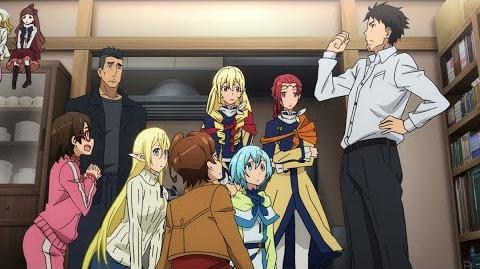 Retrieved from "https://gate.fandom.com/wiki/Gate_-_Thus_the_JSDF_Fought_There!?oldid=28222"
Community content is available under CC-BY-SA unless otherwise noted.