You have reached the cached page for https://time.com/4296175/washington-dc-statehood-history/
Below is a snapshot of the Web page as it appeared on 5/6/2021 (the last time our crawler visited it). This is the version of the page that was used for ranking your search results. The page may have changed since we last cached it. To see what might have changed (without the highlights), go to the current page.
You searched for: why is dc not considered a state senator We have highlighted matching words that appear in the page below.
Bing is not responsible for the content of this page.
Here's Why Washington D.C. Isn't a State | Time

With Washington, D.C.’s mayor calling for a November vote on statehood, it raises the question, why wasn’t the nation’s capital made a state in the first place?

First, it’s worth remembering that Washington, D.C. was not always the capital. George Washington first took office in New York City, and then the capital was moved to Philadelphia, where it remained for a decade. Washington, D.C. was founded as the capital in 1790 as a result of a compromise between Alexander Hamilton and northern states, and Thomas Jefferson and southern states. Hamilton’s economic policies consolidated power in the bankers and financiers who primarily lived in the North, so the compromise moved the capital physically more South, to appease Jefferson and southern leaders who feared northern control of the nation.

But the lack of statehood for the capital is enshrined in the Constitution. Article 1, Section 8, Clause 17 of the document reads, “The Congress shall have Power To …exercise exclusive Legislation in all Cases whatsoever, over such District (not exceeding ten Miles square) as may, by Cession of particular States, and the Acceptance of Congress, become the Seat of the Government of the United States.”

James Madison outlined the reasoning behind this provision in Federalist 43, calling the arrangement an “indispensable necessity.” He wrote, “The indispensable necessity of complete authority at the seat of government, carries its own evidence with it… Without it, not only the public authority might be insulted and its proceedings interrupted with impunity; but a dependence of the members of the general government on the State comprehending the seat of the government, for protection in the exercise of their duty, might bring on the national councils an imputation of awe or influence, equally dishonorable to the government and dissatisfactory to the other members of the Confederacy.”

In other words, the founders worried that if the capital were to be a state, the members of the government would be unduly beholden to it. Madison envisioned that voting members of a D.C. state would be able to ‘insult’ or ‘interrupt’ the proceedings of government to get their way, simply by virtue of physical proximity to the halls of power.

When the capital was officially moved to D.C., residents lost voting representation in Congress and the Electoral College, as well as a say in Constitutional Amendments and the right to home rule. Members of the district won a victory in 1961 with the passage of the 23rd amendment to the Constitution, which granted them votes in the electoral college.

To this day, D.C. does not have voting representation in Congress, and the federal government maintains jurisdiction over the city. For proponents of D.C. statehood like Mayor Muriel Bowser, there is still a long way to go.

Get our History Newsletter. Put today's news in context and see highlights from the archives.

For your security, we've sent a confirmation email to the address you entered. Click the link to confirm your subscription and begin receiving our newsletters. If you don't get the confirmation within 10 minutes, please check your spam folder.

Write to Tessa Berenson at tessa.berenson@time.com. 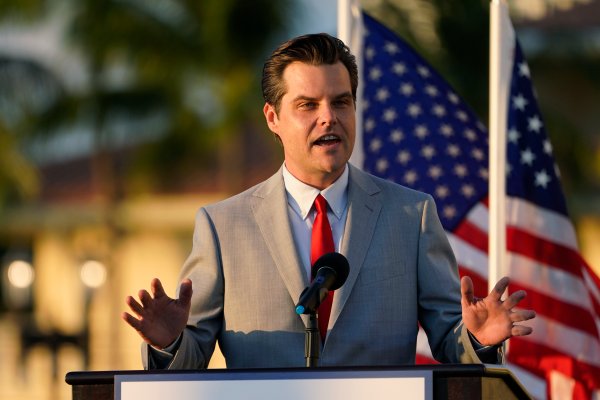