You have reached the cached page for https://www.investors.com/news/nio-stock-buy-now/
Below is a snapshot of the Web page as it appeared on 9/25/2021 (the last time our crawler visited it). This is the version of the page that was used for ranking your search results. The page may have changed since we last cached it. To see what might have changed (without the highlights), go to the current page.
You searched for: who is wikipedia owned by warren buffett shares We have highlighted matching words that appear in the page below.
Bing is not responsible for the content of this page.
Nio Stock: Is EV Stock A Buy After July EV Sales More Than Double? | Investor's Business Daily

Founded in 2014, Nio had little experience in vehicle manufacturing when it came on the scene. But the EV startup promised a bright future. Its Chinese name, Weilai, means "blue sky coming." Nio does not make its own electric cars, instead partnering with a state-owned auto manufacturer.

Nio continues to grow EV sales after more than doubling them in 2020. It also came back from the brink of bankruptcy last year. But Nio faces rising competition from Chinese tech and auto giants, besides Tesla (TSLA), the global EV leader.

By 2030, fully electric and hybrid EVs will make up 90% of new car sales in China, Nio CEO William Li forecasts. That would be up from about 10% in March, suggesting ample room to grow.

On key earnings and other fundamental metrics, Nio lags. It's a young and fast-growing company, still looking to turn a profit.

Nio stock earns an EPS Rating of 47 out of 99, and an SMR Rating of D, on a scale of A+ to a worst E. The EPS rating compares a company's earnings growth vs. other companies. The SMR Rating measures sales growth, profit margins and return on equity.

For its fiscal second quarter, Nio delivered a narrower-than-expected loss. Nio lost 3 cents a share while revenue soared 145% to $1.31 billion.

Amid stiff competition, Nio is speeding up new EV launches. It aims to deliver three new products in 2022. Those include the ET7, a premium electric sedan and Nio's most technologically advanced vehicle yet. It also plans a new mass-market brand.

Out of 20 analysts covering Nio stock, 17 rate it a buy, two have a hold and one has a sell, FactSet says.

U.S.-listed shares of Nio remain 47% below the January high of 66.99. Nio stock also remains under the 10-week and 40-week moving averages, with no buy point for now, according to MarketSmith chart analysis.

China's crackdown on data collection is weighing on Chinese stocks, including Nio. Increasingly "smart" electric vehicles will generate lots of data. New regulations on managing and securing automotive data, which take effect Oct. 1, require "in-vehicle processing" and "no collection by default" of data.

The relative strength line for Nio stock is lagging. It rallied sharply for most of 2020. A rising RS line means that a stock is outperforming the S&P 500 index. It is the blue line in the chart shown.

Shares earn a lackluster IBD Composite Rating of 42 out of 99. The rating combines key fundamental and technical metrics in a single score. A 51 RS Rating means that Nio has outperformed just 51% of all stocks over the past year.

Nio's Accumulation/Distribution Rating of D reflects roughly moderate selling of shares by big investors over the past 13 weeks. Nio has decent institutional backing: 870 funds owned shares as of June, up from 815 in March. In fact, Nio stock shows eight quarters of rising fund ownership, according to the IBD Stock Checkup tool.

How To Research Growth Stocks: This IBD Tool Simplifies The Search

China's BYD (BYDFF) is making a luxury push with the Tang electric SUV and Han electric sedan. BYD, backed by Berkshire Hathaway (BKRB) chief Warren Buffett, is one of the world's biggest EV and battery makers.

Nio is expanding capacity in China, while launching its first overseas sales in Europe. It's set to begin ES8 deliveries in Norway this month. The ET7 goes on sale in Norway and Germany in 2022. Peers BYD and Xpeng are in Norway as well, with Li Auto also planning to enter the European market. Chinese EV makers are challenging domestic counterparts, and Tesla, on the continent.

Looking For The Next Big Stock Market Winners? Start With These 3 Steps

On home turf, China's Nio, Li Auto and Xpeng are expanding to fend off Tesla.

Growth drivers for Nio include new and upcoming EVs. The hotly anticipated ET7 arrives in the first quarter of 2022 in China, with European sales to follow.

Nio offers an innovative subscription plan for batteries. Basically, the car and the battery are sold separately. Users can buy Nio EVs without batteries for a lower price and "rent" batteries for a monthly fee. They also can swap car batteries based on their needs.

IBD Stock Of The Day: See How To Find, Track And Buy The Best Stocks

Is Nio Stock A Buy Now?

From a fundamental perspective, Nio's financial condition is improving after debt and liquidity fears slammed shares. It has significantly pared losses while delivering huge top-line gains.

Its expanding vehicle lineup, entry into Europe and battery innovations mean more runway for growth. But the EV wars are heating up, as legacy auto and tech giants ramp up or get into the game. In the near term, the chip supply crunch is a headwind for Nio. Longer term, battery supplies could be an even bigger headache for EV stocks at large.

Bottom line: Nio stock is not a buy right now.

To find the best stocks to buy or watch, check out IBD Stock Lists and other IBD research.

See The Best Stocks To Buy And Watch 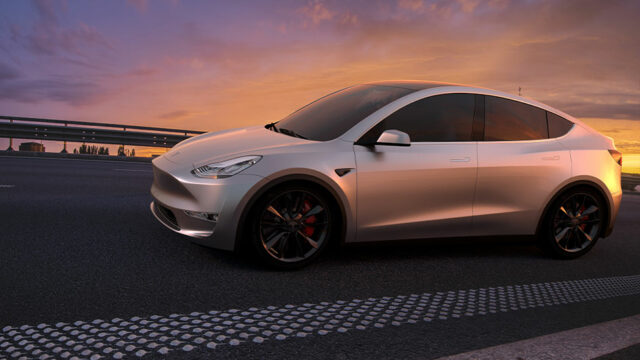 12:00 PM ET Bulls seized control in a pivotal week for the stock market rally. Here's what to do now. Tesla broke out...

12:00 PM ET Bulls seized control in a pivotal week for the stock...

Curious about Bitcoin, Ethereum and other tokens? Check out IBD’s free infographic explainer.

MarketSmith’s Free Access week may be over, but you can get 4 more weeks for only $24.95!

How would you rate your online broker? Tell us and you could win one of ten $50 prizes!