You have reached the cached page for https://www.nasdaq.com/articles/the-bitcoin-haters-and-their-bitcoin-beef-2021-10-17
Below is a snapshot of the Web page as it appeared on 11/26/2021 (the last time our crawler visited it). This is the version of the page that was used for ranking your search results. The page may have changed since we last cached it. To see what might have changed (without the highlights), go to the current page.
You searched for: who is the owner of berkshire hathaway corporation headquarters We have highlighted matching words that appear in the page below.
Bing is not responsible for the content of this page.
The Bitcoin Haters And Their Bitcoin Beef | Nasdaq Skip to main content
Data is currently not available
Data is currently not available
No Results Found

Data is currently not available
Culture

The Bitcoin Haters And Their Bitcoin Beef

These notorious bitcoin bears have much to say about the technology — may the market decide the winner.

“Disgusting and contrary to the interests of civilization”

“Of course I hate the bitcoin success. I don’t welcome a currency that’s so useful to kidnappers and extortionists and so forth. I think I should say modestly that the whole damn development is disgusting and contrary to the interests of civilization.” - Charlie Munger of Berkshire Hathaway.

Those were the words of ninety-seven year-old Charlie Munger, the vice-chairman of the investing giant Berkshire Hathaway, and the second-in-command to Warren Buffett. 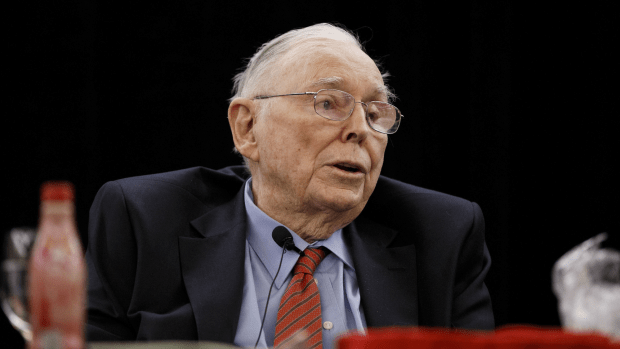 Understandably, Munger and Buffett have amassed huge fortunes by investing in companies, by picking stocks. That they would have no need to buy cryptocurrencies is understandable. That they may not even clearly understand them is to be expected as well. But, “contrary to the interests of civilization?” Munger offers no clarification on what he means by that. And to the point that bitcoin is used by drug dealers and other criminals, yes it is. So is cash. In fact, in 2020 only an estimated 0.34% of all cryptocurrency transactions involved illicit activities. Also, criminal activities conducted through the traditional banking system amounted to 2-4% of global GDP, significantly more than with cryptocurrencies.

Another point Munger makes is that bitcoin is being used as a substitute for gold, and he doesn’t buy gold either, so why would he buy bitcoin? Fair enough, Berkshire is focused on companies that make profits and pay dividends. It really doesn’t, however, make this new digital technology “contrary to the interests of civilization.” Ouch. 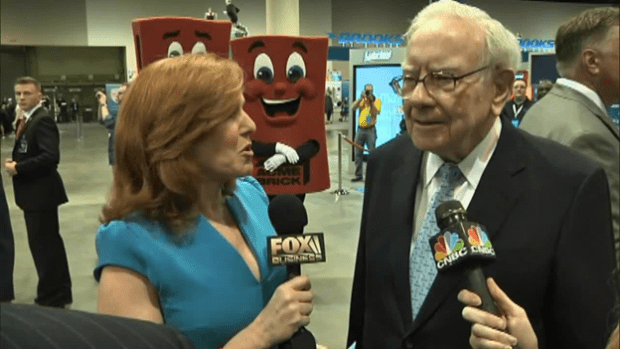 That was Buffett’s response to Fox Business host Liz Claman when asked about bitcoin. Buffett’s sidekick Munger had previously referred to bitcoin as “rat poison.” Buffett’s opposition to bitcoin can probably be summed up in three points. First, he says that bitcoin has no unique value on its own. (Sounds like paper money, right?) He feels the only value in bitcoin is the hope that someone will be willing to pay you more for it in the future. (Sounds like stocks, a little bit.)

Next, the “Oracle of Omaha” feels that bitcoin has none of the properties of money and is not a store of value. As with any new technology, Bitcoin is gradually gaining traction, both as a means of exchange and is already accepted by thousands of merchants around the world. In addition, it is fast replacing Western Union as the fastest and cheapest money transmitter out there. As for a store of value, bitcoin has appreciated an average of 200% per year for 12 years. That’s quite a store of value, albeit with quite a bit of volatility. So, admittedly, it’s not for everyone.

Third, Buffett probably doesn’t fully understand bitcoin. To his credit, he doesn’t invest in things he doesn’t understand. He is focused on stocks and buying great companies and as such surely hasn’t gone down the Bitcoin rabbit hole like many of us have. That’s fine, he’s undoubtedly one of the greatest investors the world has ever known; his track record speaks for itself. “I don’t own any cryptocurrency and I never will,” Buffett has said.

Paul Krugman is a Nobel prize-winning economist and just happens to be the author of a 2013 op-ed in the New York Times entitled “Bitcoin is Evil.” He’s been taking shots at Bitcoin ever since.

Krugman feels that bitcoin doesn’t yet, after twelve years, play any role in normal economic activity. He, like other Bitcoin haters, feels that it’s the currency of drug dealers. “Because Bitcoin and its relatives haven’t managed to achieve any meaningful economic role, what happens to their value is basically irrelevant to those of us not playing the crypto game,” said Krugman in a recent New York Times piece.

He’s also down on gold, for many of the same reasons, so Bitcoiners needn’t feel picked on. He feels gold can’t be used for monetary transactions and hasn’t been a stable store of value.

But, this early in Bitcoin’s existence, should you take Krugman’s words as gospel? Has he ever been wrong before? Here’s a quote from Paul Krugman, circa 1998. You be the judge:

“The growth of the Internet will slow drastically. By 2005, it will become clear that the Internet’s impact on the economy has been no greater than the fax machine’s.” - Paul Krugman, 1998. 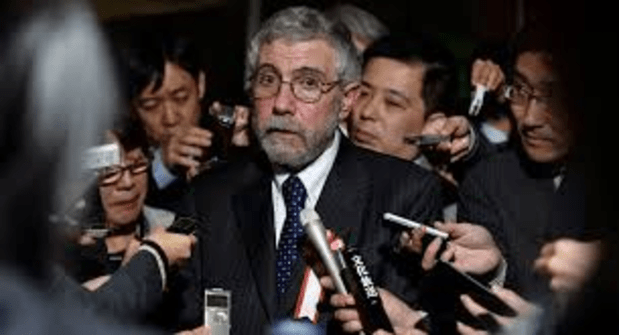 Ah, Peter Schiff, the bitcoin bear and gold proponent that Bitcoiners love to hate. Schiff is the chief economist and strategist at Euro Pacific Capital and in his role he also manages Schiff Gold, the precious metals dealer. It’s no surprise that he is no fan of bitcoin, as many believe that bitcoin is akin to gold 2.0, and will become the leading store of value. Most Bitcoiners believe that bitcoin is actually better at being gold than gold is. I do like his views on the economy, inflation and money printing, however. 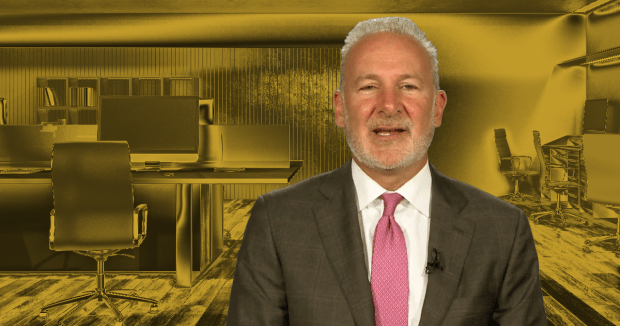 Schiff, after years of battling with Bitcoin maximalists on Twitter, has recently appeared on a lot of podcasts, debating Bitcoiners like Peter McCormack, Anthony Pompliano, Greg Foss, and Anthony Scaramucci. Interviewed on Fox Business by Charles Payne, Schiff said of Bitcoin, “All bitcoin is is the latest iteration of fool’s gold and anybody buying it is ultimately a fool.” Schiff feels that bitcoin will never be used as a store of value. He goes on to tell Payne:

“It’s never going to be money. It doesn’t fit the very definition of money. Money needs to be a commodity. It needs to have actual value unto itself, not just the uses and means of exchange.”

So Schiff feels bitcoin has no value unto itself and is backed by nothing. Sounds an awful lot like paper, fiat money.

I agree with Schiff in that gold has a place in certain portfolios. I also believe that dumping on Peter Schiff is not the best thing that Bitcoiners can do to promote mass adoption of cryptocurrencies. Further, I understand that he has motivation to throw shade on bitcoin, since his firm sells gold and silver.

It must really infuriate him, though, that his son Spenser Schiff is a very public and vocal bitcoin holder. Spencer went all in, putting 100% of his portfolio into bitcoin recently.

Ginsbergonomics: “Bitcoin Is Going To Suffer A Vicious And Painful Death”

The one-named writer, Ginsberg, publishing on Medium, made that the title of one of his recent articles, just a few weeks back. Sounds like he’s not a fan of bitcoin.

Ginsberg’s arguments against bitcoin are not grounded in fundamentals and in some cases are just plain wrong. Oh, his words are controversial, and that gets readers, I guess. His first take is that bitcoin isn’t just an asset, but rather a “religion.” He believes this leaves Bitcoiners blind to any criticism. He may have a point, but it doesn’t diminish the technology or uses of Bitcoin. It’s purely a side note.

Ginsberg states that the largest holders, the “whales,” are selling their bitcoin. That statement is too general, and data shows otherwise. While the number of whales has gone down, their aggregate holdings have gone up. Thanks to Will Clemente III and Glassnode for this chart. The green line denotes whales holdings rising: 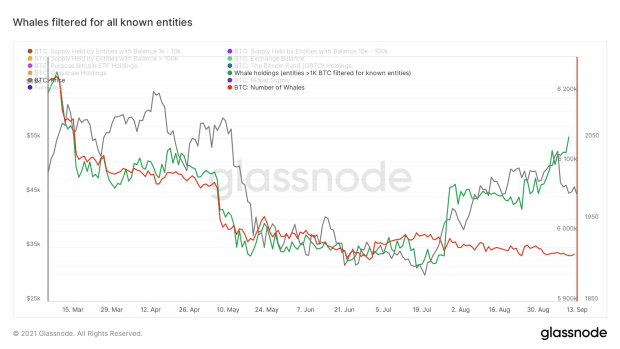 Ginsberg also tries to make the case that institutional interest in bitcoin is “dead.” He calls the amounts of money flowing into bitcoin from institutions “pitiful.” That may depend on how you define “institution.” (Or how you define “pitiful.”) He says large corporations rarely buy bitcoin directly, so I guess that’s one definition, a large corporation. Publicly-held MicroStrategy (MSTR) has been buying bitcoin in a big way for a year and now holds 0.5% of all bitcoin in existence. Tesla has also purchased a substantial amount of bitcoin, over $2 billion worth. Square also holds Bitcoin on its balance sheet.

Fidelity Investments has been mining bitcoin since 2015 and has created a whole digital assets division, and J.P. Morgan is creating products to enable their clients to on-ramp into bitcoin. Mass Mutual Life Insurance has purchased $100 million of bitcoin. Ark Investing has invested in GBTC and Coinbase stock. Adoption is happening, albeit gradually. In addition to buying bitcoin directly, there are over a dozen applications on file with the SEC for approval to start a Bitcoin ETF. It seems like the institutional sector is jumping in, slowly, but with significant sums of capital.

Note - Ginsberg is putting his money where his mouth is. He’s got “skin in the game,” as he puts it. He is opening a $1,000 short position on Bitcoin at 10x leverage. You have to give him credit for that. And for keeping healthy discussion about Bitcoin alive.

This is a guest post by Rick Mulvey. Opinions expressed are entirely their own and do not necessarily reflect those of BTC Inc or Bitcoin Magazine.

Bitcoin Magazine is the world’s first and foundational digital currency publication, covering the innovative ideas, breaking news and global impact at the cutting-edge intersection of finance, technology and Bitcoin. Published by BTC Media, the online publication serves a daily international readership from its headquarters in Nashville, Tennessee. For more information and all the breaking news and in-depth reports on Bitcoin and blockchain technology, visit BitcoinMagazine.com.