You have reached the cached page for https://www.nbclosangeles.com/news/local/los-angeles-city-councilman-mark-ridley-thomas-and-former-usc-dean-indicted-on-federal-corruption-charges/2713518/
Below is a snapshot of the Web page as it appeared on 1/11/2022 (the last time our crawler visited it). This is the version of the page that was used for ranking your search results. The page may have changed since we last cached it. To see what might have changed (without the highlights), go to the current page.
You searched for: who is mark ridley thomas of los angeles ca california We have highlighted matching words that appear in the page below.
Bing is not responsible for the content of this page.
LA Councilman Charged in Bribery Scheme – NBC Los Angeles
Skip to content
Los Angeles

The charges stem from Ridley-Thomas' time serving on the county Board of Supervisors.

Powerful Los Angeles politician Mark Ridley-Thomas and a former dean at the University of Southern California were charged Wednesday with a bribery scheme in which Ridley-Thomas promised to steer millions of dollars in contracts to the school if his son got a scholarship and a teaching job.

Download our local news and weather app for iOS or Android — and choose the alerts you want.

Local news from across Southern California 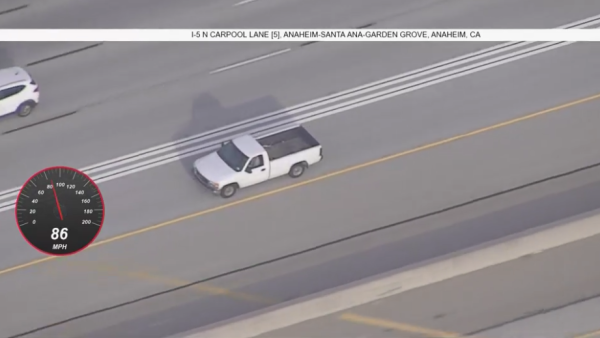 Federal prosecutors said that in 2017 and 2018, then-supervisor Ridley-Thomas offered to support county contracts to USC's School of Social Work -- which had a multimillion-dollar budget deficit -- in return for helping a relative.

In return, Flynn promised to provide the relative with a full-tuition scholarship and a paid professorship, and concocted a scheme to funnel $100,000 in Ridley-Thomas campaign funds through the university "to a non-profit to be operated by the relative," said a statement from the U.S. attorney's office.

The indictment refers to the relative only as "MRT Relative 1."

However, at the time Ridley-Thomas's son, Sebastian Ridley-Thomas, was a state Assembly member facing complaints of sexual harassment. He resigned the last day of 2017, citing unspecified health problems and an Assembly investigation concluded in 2019 that he had likely made an unwanted sexual advance toward a Capitol staffer.

"Ridley-Thomas allegedly wanted to help secure paid employment for his relative to minimize any public fallout for them both in the wake of the sudden resignation from office," according to the U.S. attorney's office statement.

Sebastian Ridley-Thomas received a $26,000 scholarship for 2018 and was offered a paid teaching position with a $50,000 salary, even though being a student and a teacher would violate school policy, authorities said.

The indictment is the latest in a series of recent scandals that have tarnished USC's elite image.

USC was one of the universities embroiled in an admissions cheating scandal in which wealthy parents sought to get their undeserving offspring into college by falsely portraying them as star athletes. Dozens of parents and athletic coaches nationwide were charged in the investigation dubbed by authorities as "Operation Varsity Blues." Other parents were accused of paying hefty bribes to have people cheat on their kids' entrance exams.

Earlier this year, USC agreed to an $852 million settlement with more than 700 women who accused the college's longtime campus gynecologist of sexual abuse. It was believed to be a record amount for such a lawsuit. When combined with an earlier settlement of a separate class-action suit, USC has agreed to pay out more than $1 billion for claims against Dr. George Tyndall, who worked at the school for nearly three decades.

Ridley-Thomas, a Los Angeles native, is one of the most powerful and best-known politicians in Southern California. He earned a Ph.D. in Social Ethics and Policy Analysis from USC in 1989. He's serving his fourth nonconsecutive term on the City Council, where he chairs the Homelessness and Poverty Committee. He also served two terms on the county Board of Supervisors and a term each in the state Assembly and the state Senate.

Ridley-Thomas, 61, and Flynn, 83, are charged with conspiracy and bribery as well as mail and wire fraud. They could face decades in federal prison if convicted of all charges.