You have reached the cached page for https://www.foreignpolicyjournal.com/2019/01/04/9-11-finally-the-truth-comes-out/
Below is a snapshot of the Web page as it appeared on 9/17/2021 (the last time our crawler visited it). This is the version of the page that was used for ranking your search results. The page may have changed since we last cached it. To see what might have changed (without the highlights), go to the current page.
You searched for: who is brown island named after 9/11 attack 2019 movie We have highlighted matching words that appear in the page below.
Bing is not responsible for the content of this page.
9/11: Finally the Truth Comes Out? 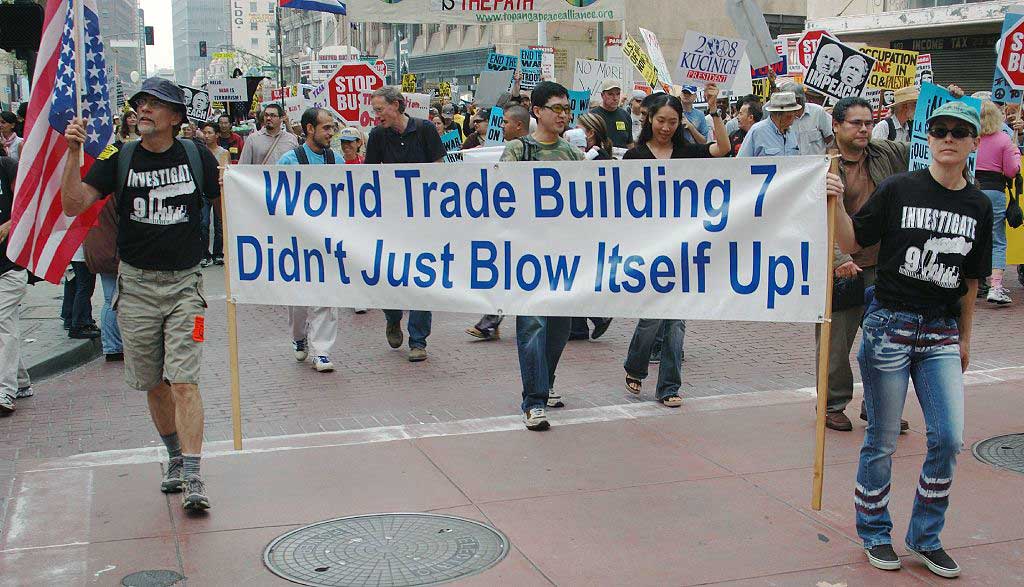 Activists in Los Angeles, California, march in demand of a real investigation of the collapse of World Trade Center Building 7 (Damon D'Amato/CC BY 2.0)

Every informed person is aware that elements of the US government were involved either in the perpetration or a coverup of the 9/11 attacks.

Although the United States is allegedly a democracy with a rule of law, it has taken 17 years for public pressure to bring about the first grand jury investigation of 9/11. Based on the work of Architects & Engineers for 9/11 Truth led by Richard Gage, first responder and pilots organizations, books by David Ray Griffen and others, and eyewitness testimony, the Lawyers’ Committee for 9/11 Inquiry has presented enough hard facts to the US Attorney for the Southern District of New York to force his compliance with the provisions of federal law that require the convening of a federal grand jury to investigate for the first time the attacks of September 11, 2001.

This puts the US Justice (sic) Department in an extraordinary position. Every informed person is aware that elements of the US government were involved either in the perpetration of the 9/11 attacks or in a coverup of the attacks. There will be tremendous pressures on the US Attorney’s office to have the grand jury dismiss the evidence as an unpatriotic conspiracy theory or otherwise maneuver to discredit the evidence presented by the Lawyers’ Committee, or modify the official account without totally discrediting it.

We can have hopes that the United States can establish the true story of its own Reichstag Fire, but I am not holding my breath that the US Attorney for the Southern District of New York can stand up to the powerful elements in the Deep State that perpetuated or covered up the 9/11 false flag attacks or that he is inclined to try.

What the 9/11 truthers and the Lawyers’ Committee have achieved is the destruction of the designation of 9/11 skeptics as “conspiracy theorists.” No US Attorney would convene a grand jury on the basis of a conspiracy theory. Clearly, the evidence is compelling that has put the US Attorney in an unenviable position.

The likely result will be comparable to the US Congress’ belated investigation of the assassination of President John F. Kennedy. No expert or informed person believed the obviously false story that Lee Harvey Oswald assassinated President Kennedy. All evidence pointed to a plot by the Joint Chiefs, CIA, and Secret Service whose right-wing leaders had concluded that President Kennedy was too “soft on communism” to do what was necessary for the US to prevail in the contest with the Soviet Union. Expert and public disbelief of the official story was so great that in 1976, 13 years after Kennedy’s assassination, Congress investigated. The real culprits were, of course, not identified, but two important results were forthcoming. One was the conclusion by the Select Committee on Assassinations that President Kennedy was the victim of a conspiracy and not of a lone gunman. The other was the release of the top secret Project Northwoods, which revealed the Joint Chiefs’ plan presented to President Kennedy for the US government to kill US citizens and shoot down US airliners and place the blame on Castro in order to gain public acceptance for an invasion of Cuba.

The conclusion that a conspiracy, although unidentified, was involved in Kennedy’s assassination was the sop thrown to those who disputed the official lone gunman account. The revelation of Project Northwoods created awareness of a previously unknown US government plot that drew attention away from Kennedy’s assassination.

If the Lawyers’ Committee and the 9/11 truthers trust the US Attorney to go entirely by the facts, little will come of the grand jury. If the United States had a rule of law, something as serious as 9/11 could not have gone for 17 years without investigation.

This article was originally published at PaulCraigRoberts.org on January 4, 2019.

What Others Are Reading