You have reached the cached page for https://www.andsoitbeginsfilms.com/2015/01/top-10-rotten-films-of-2014.html
Below is a snapshot of the Web page as it appeared on 3/12/2021 (the last time our crawler visited it). This is the version of the page that was used for ranking your search results. The page may have changed since we last cached it. To see what might have changed (without the highlights), go to the current page.
You searched for: white bird in a blizzard movie review rotten tomatoes mean We have highlighted matching words that appear in the page below.
Bing is not responsible for the content of this page.
Top 10 “Rotten” Films of 2014 | And So It Begins...

Last year, Alex Thomas of Time for a Film had the great idea of highlighting his favorite films of the year that were deemed “rotten” by Rotten Tomatoes. I loved the idea and borrowed it for my own list. Keeping in that tradition, here are 10 “rotten” films from 2014 that I quite enjoyed. Be sure to share your favorite “rotten” films as well. 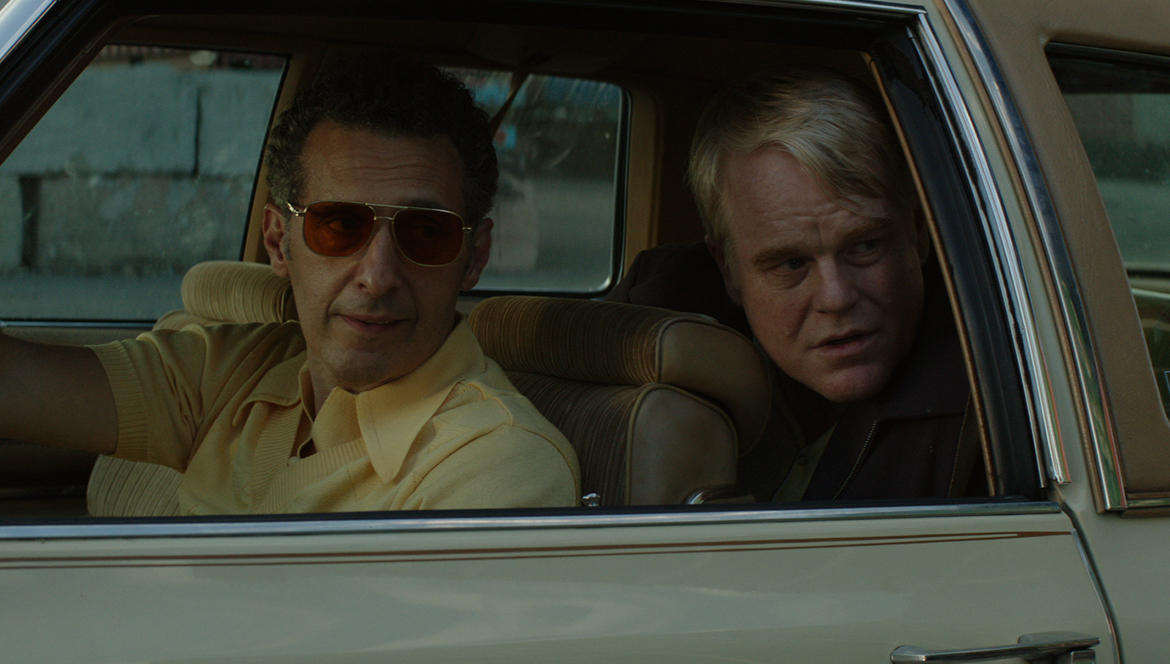 There’s a montage midway through this film (it cross-cuts a picnic with a man running in the street) that is the most utterly baffling and completely unnecessary sequence I saw from any film in 2014. But, aside from that scene, God’s Pocket more or less works. Philip Seymour Hoffman is great, and writer/director John Slattery establishes the tone of his world very well. If it weren’t for that damn montage, though. 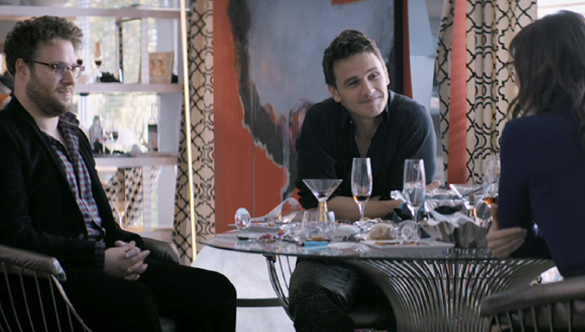 The Interview wasn’t worth the insane controversy that surrounded it (mostly because it ultimately wasn’t that good), but it did make me laugh out loud a few times. The CIA briefing scene and the epic hangover conversation were tops. “Would you… like a drink? Or... some of Aaron’s cocaine?” 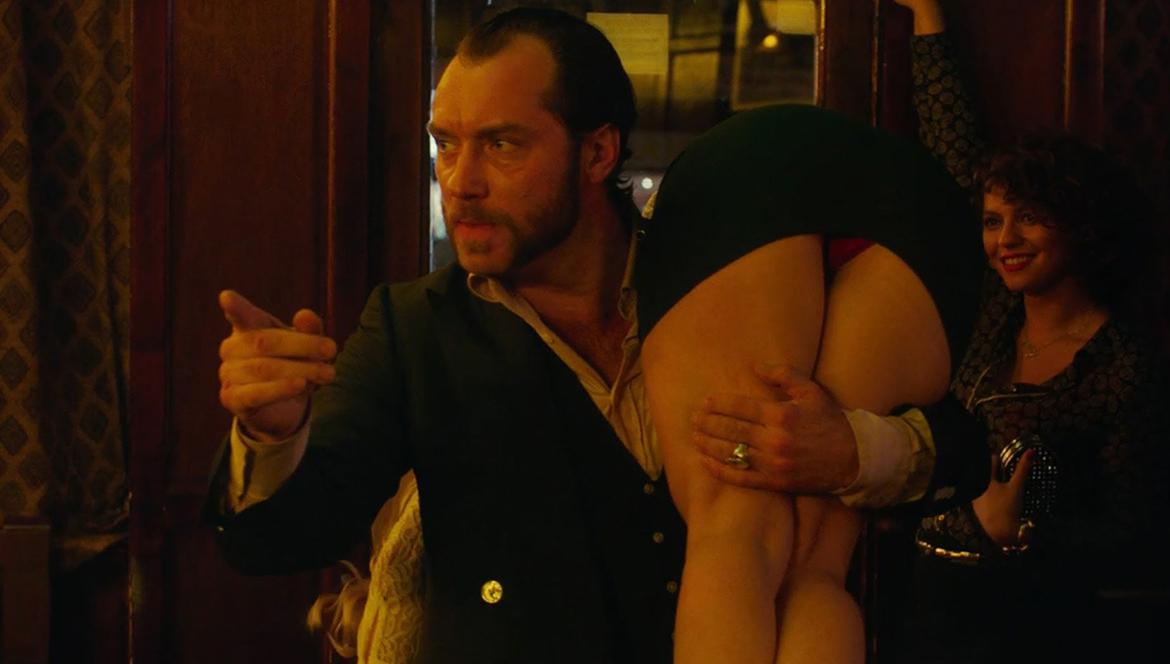 I’m not sure if Jude Law has had more fun in a movie before. His frenzied performance singlehandedly made Dom Hemingway worth it, but really, there were plenty of things to enjoy about this movie. 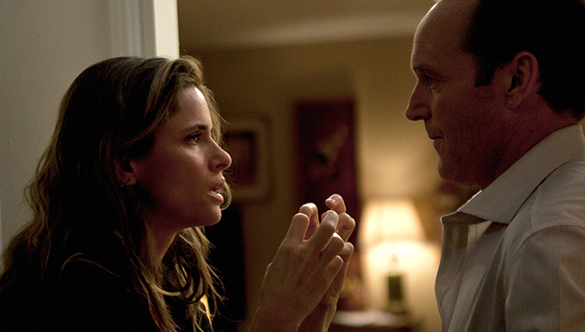 Trust Me is a little-seen indie starring the excellent character actor, Clark Gregg, who also wrote and directed the film. It’s a Hollywood satire about a struggling agent and the brutal competition of the town. A fun little flick (though one with a misguided ending). Also, Allison Janney is great in the film as a Hollywood shark from Hell. 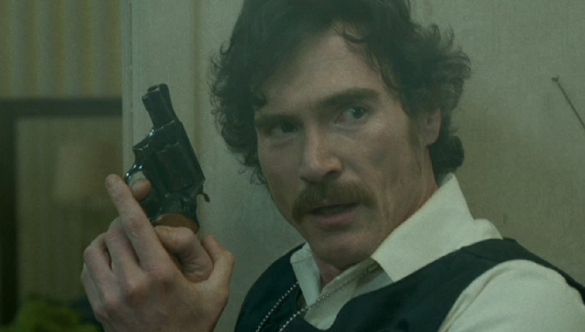 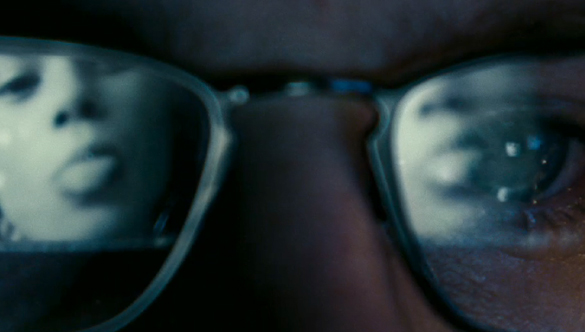 Turns out I was one of the few people who really enjoyed Mike Cahill’s I Origins. Its excellent use of Radiohead’s “Motion Picture Soundtrack” is reason enough to include it here. 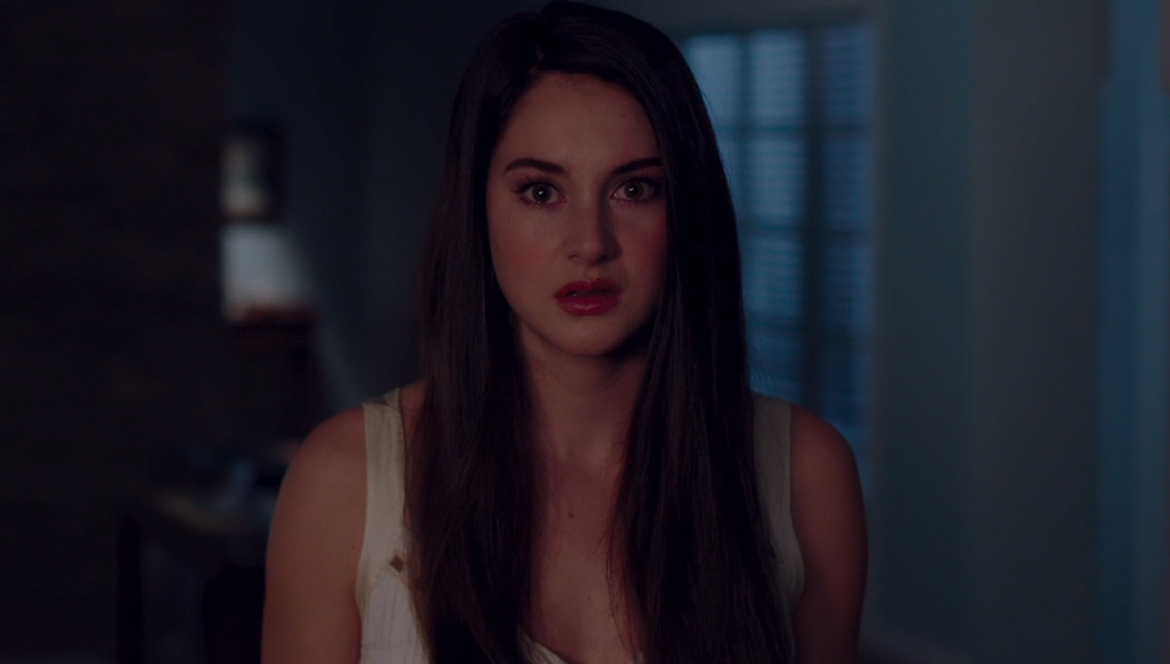 Gregg Araki’s White Bird in a Blizzard was a risqué period piece that I found no real fault in. Everyone in this movie was on point – Shailene Woodley, Eva Green, Christopher Meloni, Thomas Jane, plenty more. Shame it didn’t resonate with a wider audience. 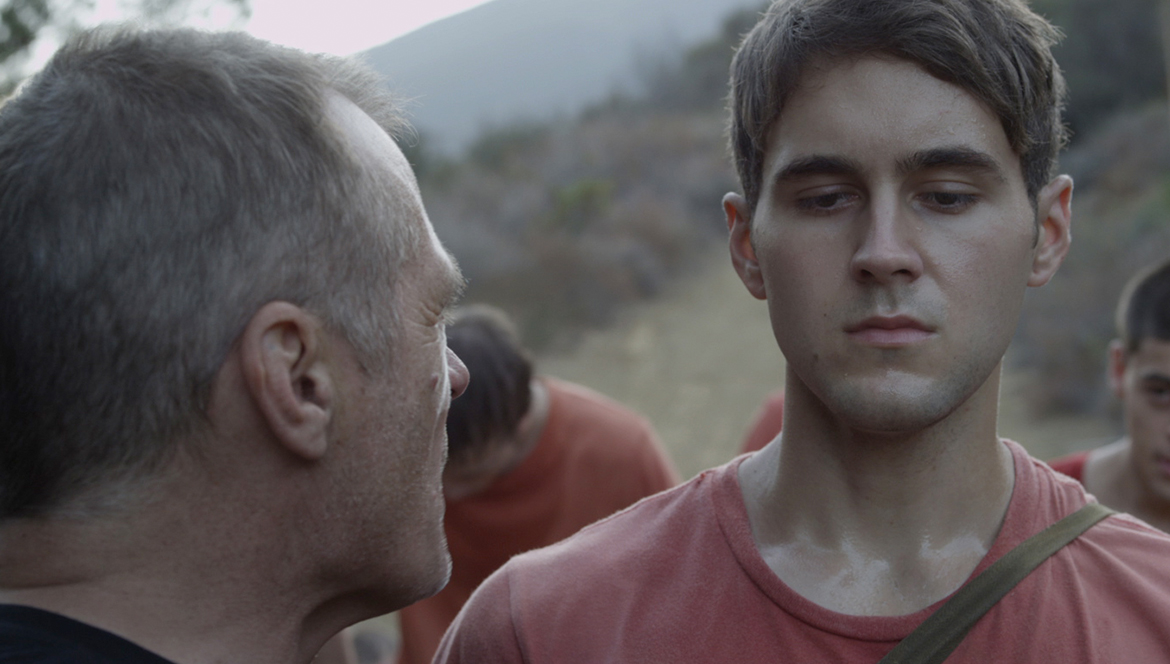 This tiny indie, about a troubled teen sent to a brutal camp for combative young men, was the most criminally overlooked film I saw in 2014. You can read my full review of Coldwater here, but this one worked for me in nearly every way. 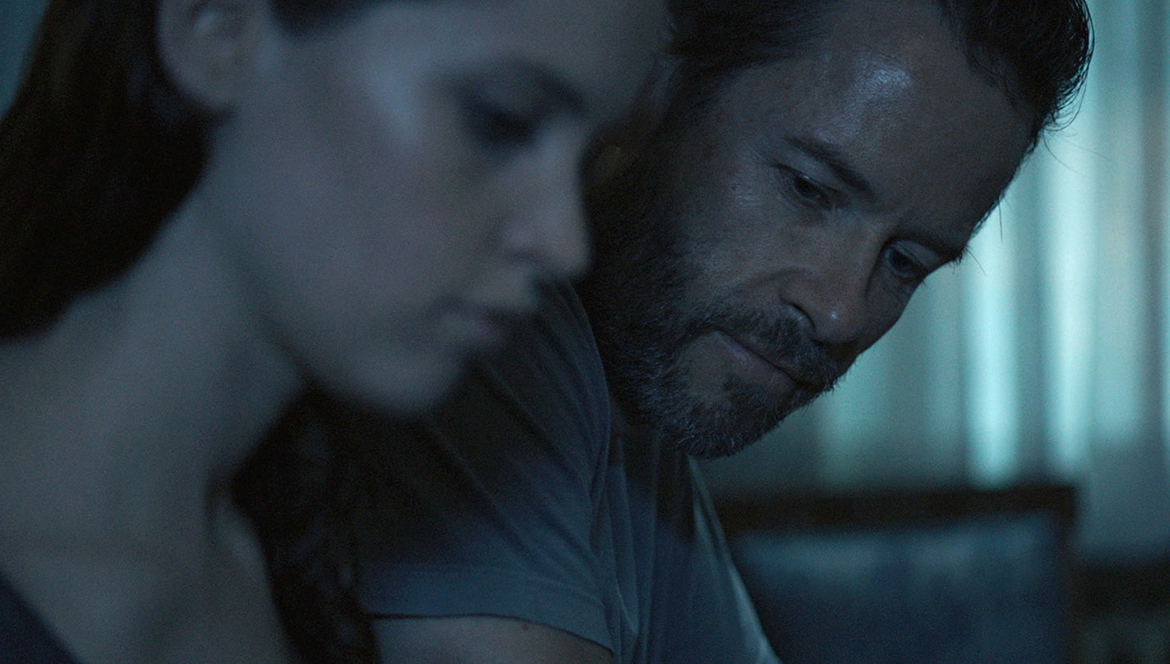 I had been excited for Drake Doremus’ follow-up to Like Crazy for years, and Breathe In certainly didn’t disappoint. I so enjoyed relishing in its bleak world. I mean, with Guy Pearce, Felicity Jones and Amy Ryan… what’s not to love? 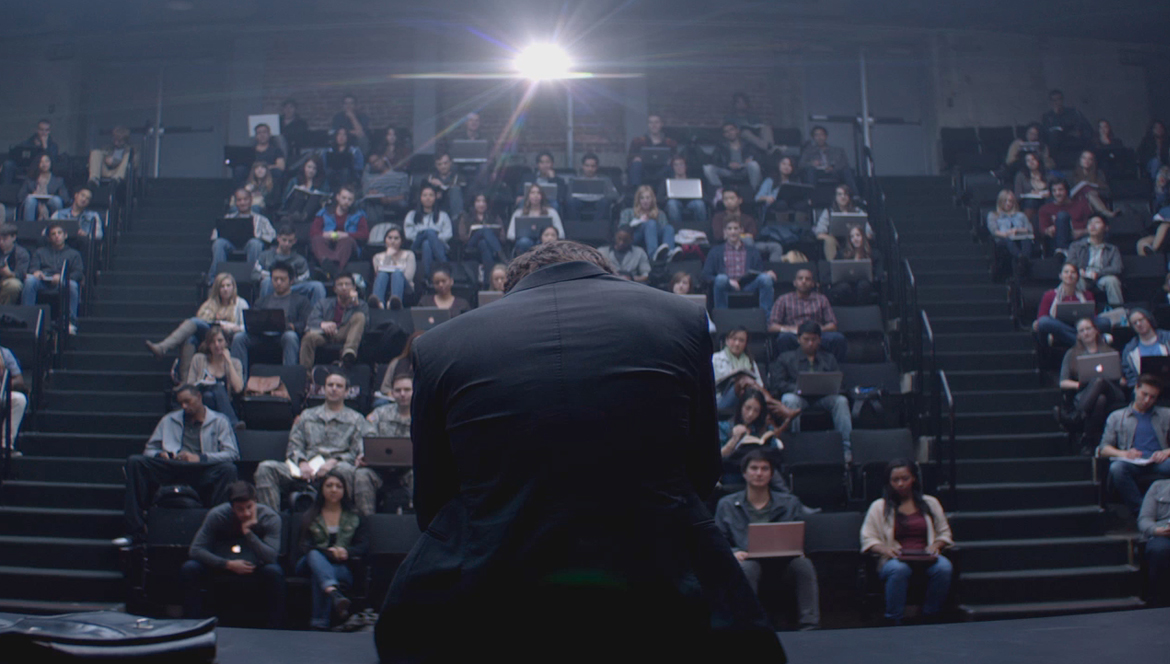 So here’s the thing. I loved The Gambler. Loved it. All of it. And I didn’t expect to, really at all. Karel Reisz’s 1974 original starring James Caan is one of the best, most curiously underseen films of the American ‘70s, and I didn’t think a remake was necessary in the slightest. But the whole time I sat and watched Rupert Wyatt’s remake, I was waiting for it to let me down. To stray and begin justifying its mostly blasé reviews. Never did. Not for me. A desperate and rail-thin Mark Wahlberg, a fierce Jessica Lange, an intimidating John Goodman; ace script from William Monahan, stylish direction from Wyatt – it just worked for me.

There’s a basketball scene near the end of The Gambler that perfectly sums up Wyatt’s intention with the movie. The game is shot in low light and cold hues, and it looks unlike any college basketball game that has ever been played. Basketball games are bright and loud and aesthetically rather boring. This game in The Gambler is moody, atmospheric, and completely unrealistic. Which seems to be precisely the point. The world looks grim in this new Gambler, and I loved every minute of it.


(FULL DISCLOSURE: When a film effectively uses two of my favorite M83 songs, my brain is hardwired to automatically fall in love with it.)

Welcome to And So it Begins...

My Filmmaking – Watch & read about my own films

"No One Talks About" – Thorough breakdowns of my favorite films

Essays – Extended articles on film and my filmmaking

Reviews – Every review I've published on this site