You have reached the cached page for https://www.cbsnews.com/news/osama-bin-laden-is-dead/
Below is a snapshot of the Web page as it appeared on 4/17/2021 (the last time our crawler visited it). This is the version of the page that was used for ranking your search results. The page may have changed since we last cached it. To see what might have changed (without the highlights), go to the current page.
You searched for: where was 'happy death day 2u' shot killed osama bin laden We have highlighted matching words that appear in the page below.
Bing is not responsible for the content of this page.
Osama bin Laden is dead - CBS News 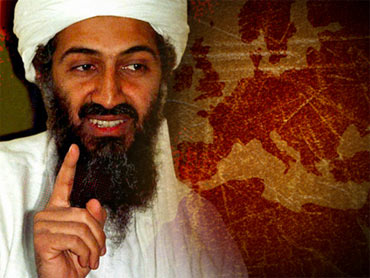 WASHINGTON - Osama bin Laden, the face of global terrorism and architect of the Sept. 11, 2001, attacks, was killed in a firefight with elite American forces Monday, then quickly buried at sea in a stunning finale to a furtive decade on the run.

Long believed to be hiding in caves, bin Laden was tracked down in a costly, custom-built hideout not far from a Pakistani military academy.

"Justice has been done," President Barack Obama said in a dramatic announcement at the White House while a crowd cheered outside and hundreds more gathered at ground zero in Manhattan to celebrate the news.

U.S. helicopters ferrying elite counter-terrorism troops into the compound identified by the CIA as bin Laden's hideout -- and back out again in less than 40 minutes. Bin Laden was shot in the head, officials said, after he and his bodyguards resisted the assault.

Mr. Obama chaired no fewer than five National Security Council meetings meeting on the pursuit of bin Laden, CBS News has learned, and gave the order to plan an attack on his suspected compound on the morning of April 29. He gave final order for the attack Sunday morning.

U.S. officials said the helicopter raid in Pakistan was carried out by CIA paramilitaries together with the elite Navy SEAL Team Six.

The U.S. official who disclosed the burial at sea said it would have been difficult to find a country willing to accept the remains. Mr. Obama said the remains had been handled in accordance with Islamic custom, which requires speedy burial.

"I heard a thundering sound, followed by heavy firing. Then firing suddenly stopped. Then more thundering, then a big blast," said Mohammad Haroon Rasheed, a resident of Abbottobad, Pakistan, after the choppers had swooped in and then out again.

Bin Laden's death marks a psychological triumph in a long struggle that began with the Sept. 11 attacks, and seems certain to give Mr. Obama a political lift. But its ultimate impact on al Qaeda is less clear.

The greatest terrorist threat to the U.S. is now considered to be the al Qaeda franchise in Yemen, far from al Qaeda's core in Pakistan. The Yemen branch almost took down a U.S.-bound airliner on Christmas 2009 and nearly detonated explosives aboard two U.S. cargo planes last fall. Those operations were carried out without any direct involvement from bin Laden.

Security at "strategic places in Pakistan has been beefed up as a precaution against any retaliation to news of Osama bin Laden's death", a senior Pakistani security official told CBS News early on Monday. "If he (bin Laden) is really dead, there will be attempts to seek revenge," said the official who spoke to CBS News on condition of anonymity.

The few fiery minutes in Abbottobad followed years in which U.S. officials struggled to piece together clues that ultimately led to bin Laden, according to an account provided by senior administration officials who spoke on condition of anonymity because of the sensitivity of the operation.

What's next for al Qaeda?

One U.S. official said inside information was key to the successful operation. Detainees and cooperation from foreign authorities were crucial in providing information that led to his capture.

Based on statements given by U.S. detainees since the 9/11 attacks, officials said, intelligence officials have long known that bin Laden trusted one al Qaeda courier in particular, and they believed he might be living with him in hiding.

CBS News was told that the courier was "trusted" by bin Laden. "We identified areas where this courier and his brother operated, but they had extensive operational security," said the official -- and those elaborate security procedures made the U.S. even more suspicious of whom they were catering to.

Four years ago, the United States learned the man's identity, which officials did not disclose, and then about two years later, they identified areas of Pakistan where he operated. Last August, the man's residence was found, officials said.

The residence is in Abbotabad, Pakistan, an affluent area with lots of retired military. The compound was surrounded by an 8-foot wall with barbed wire. There were extra walls inside and 2 security gates. Also telling was that they burned trash, unlike their neighbors. There was a terrace on the 3rd floor with a 7-foot privacy wall. It was a million-dollar home with no telephone or internet connections, custom built to hide someone of significance. Another major indicator was that a family lived there, one whose size and make up was same as bin Ladens.

By mid-February, intelligence from multiple sources was clear enough that Mr. Obama wanted to "pursue an aggressive course of action," a senior administration official said.

The president spent part of his Sunday on the golf course, but cut his round short to return to the White House for a meeting where he and top national security aides reviewed final preparations for the raid.

CIA director Leon Panetta was directly in charge of the military team during the operation, according to one official, and when he and his aides received word at agency headquarters that bin Laden had been killed, cheers broke out around the conference room table.

Administration aides said the operation was so secretive that no foreign officials were informed in advance, and only a small circle inside the U.S. government was aware of what was unfolding half a world away.

In his announcement, Mr. Obama said he had called Pakistani President Zardari after the raid, and said it was "important to note that our counter-terrorism cooperation with Pakistan helped lead us to bin Laden and the compound where he was hiding."

One senior administration told reporters, though, "we were very concerned ... that he was inside Pakistan, but this is something we're going to continue to work with the Pakistani government on."

The compound is about 100 yards from a Pakistani military academy, in a city that is home to three army regiments and thousands of military personnel. Abbottabad is surrounded by hills and with mountains in the distance.

Critics have long accused elements of Pakistan's security establishment of protecting bin Laden, though Islamabad has always denied it, and in a statement the foreign ministry said his death showed the country's resolve in the battle against terrorism.

Whatever the global repercussions, bin Laden's death marked the end to a manhunt that consumed most of a decade that began in the grim hours after bin Laden's hijackers flew planes into the World Trade Center twin towers in Manhattan and the Pentagon across the Potomac River from Washington. A fourth plane was commandeered by passengers who overcame the hijackers and forced the plane to crash in the Pennsylvania countryside.

In all, nearly 3,000 were killed in the worst terror attacks on American soil.

Bin Laden's capture sent crowds outside of the White House, in Times Square and at West Point into spontaneous celebrations.

"We've been waiting a long time for this day," Lisa Ramaci, a New Yorker whose husband was a freelance journalist killed in the Iraq war, said early Monday. "I think it's a relief for New York tonight just in the sense that we had this 10 years of frustration just building and building, wanting this guy dead, and now he is, and you can see how happy people are."

She was holding a flag and wearing a T-shirt depicting the twin towers and, in crosshairs, bin Laden. Nearby, a man held up a cardboard sign that read, "Obama 1, Osama 0."

Uptown in Times Square, dozens stood together on a clear spring night and broke into applause when a New York Fire Department SUV drove by, flashed its lights and sounded its siren. A man held an American flag, and others sang "The Star-Spangled Banner."

"It's not over, but it's one battle that's been won, and it's a big one," said Marlene English, who lives in Arlington, Va., and lobbies on defense issues. She said she has baked thousands of cookies to send to friends serving in Iraq and Afghanistan over the years and that she was at the White House because they couldn't be.

Families of 9/11 victims also spoke out with satisfaction.

"This is important news for us, and for the world. It cannot ease our pain, or bring back our loved ones. It does bring a measure of comfort that the mastermind of the September 11th tragedy and the face of global terror can no longer spread his evil," Gordon Felt, president of the Families of Flight 93, said in a statement.

Former President George W. Bush, who was in office on the day of the attacks, issued a written statement hailing bin Laden's death as a momentous achievement. "The fight against terror goes on, but tonight America has sent an unmistakable message: No matter how long it takes, justice will be done," he said.