You have reached the cached page for https://www.amazon.com/Avatar-Last-Airbender-Season-1/dp/B000GFD4C0
Below is a snapshot of the Web page as it appeared on 1/21/2022 (the last time our crawler visited it). This is the version of the page that was used for ranking your search results. The page may have changed since we last cached it. To see what might have changed (without the highlights), go to the current page.
You searched for: where can i watch the series online for kids free nickelodeon We have highlighted matching words that appear in the page below.
Bing is not responsible for the content of this page.
Amazon.com: Watch Avatar: The Last Airbender Season 1 | Prime Video 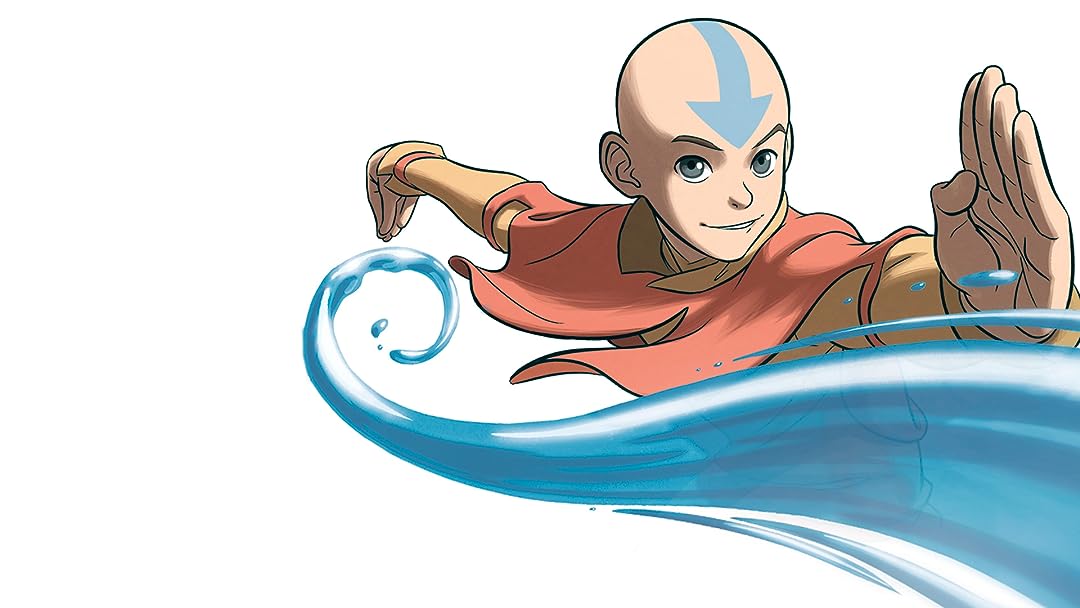 (9,811)
9.32006X-RayTV-Y7
Katara and Sokka (a brother and sister) discover the Avatar (a 12-year-old Airbender boy named Aang) frozen in an iceberg. Together the three begin their journey to the North Pole to find a master Waterbender so Aang can begin his Avatar training!

Included with Paramount+ on Amazon for $9.99/month after trial

Watch with Paramount+
Start your 7-day free trial
Add to
Watchlist
By ordering or viewing, you agree to our Terms. Sold by Amazon.com Services LLC.
Write review

Just a BuyerReviewed in the United States on September 12, 2017
5.0 out of 5 stars
What the actual hell, Amazon??
Verified purchase
I had recently finished downloading all the episodes preparing for a long trip and I watched as one by one they disappeared until it was no longer available to view. No warning or anything. Amazon, you are playing with trying to lose more Prime memberships from angry customers that have been subjected to these shady tactics by you for many other Prime Videos.
I'm not paying you a cent more than the already increased price hike of Prime memberships. Bring this show back.
222 people found this helpful

G. S. HarrisReviewed in the United States on May 17, 2017
5.0 out of 5 stars
Captivating, well-written, with unexpected depths
Verified purchase
I'm a 70 year old lady and have seen a lot of TV and movies, and I have many reasons for thinking this is one of the best series I've ever watched. Perhaps people with particular skills in anime, scripting and whatever might find technical flaws, but that is not my concern. As a literate watcher, I found this to be captivating, well-written, with unexpected depths of feeling. More than the blood and sex of the typical Western genre action series, I found this to have depths of mature reasoning, intelligent interpersonal relationships, genuine feelings and what might be called "if it had happened, this is how it would have happened" kind of realism, meaning internal logic (though nobody can fall that far and not get hurt, lol, but I'll forgive them that) that was sincerely moving. I almost never watch TV a second time, but I can't wait to watch this with meditating friends for this understood enlightenment and the need for meditation better than any other fiction thing I've seen. Thanks so much to the writers and animators for this brilliant series, and thanks for the philosophies it embraced, and for the overall of respecting our children. Kudos to all of you.
139 people found this helpful

JordanReviewed in the United States on November 5, 2016
5.0 out of 5 stars
A fantastic show, even in my 20's
Verified purchase
First of all, I wasn't sure if I'd like this show because I'm in my 20s and didn't have the nostalgic benefit of watching it as a kid, but I decided to check it out because I was bored. Best. Decision. Ever. There is so much to like about this show. The animation is beautiful, the music is AHMAZING, and the storyline is wonderfully crafted. The characters are multi-faceted and complex, and we discover their stories slowly over the seasons even as the characters themselves develop and change. I can see how this would be a great show for kids too, but the themes explored are not what I think of as "kids'" themes: betrayal, genocide, war. Best of all, though, are the female characters. It is SO refreshing to find a show that unapologetically includes strong, incredible heroines. The girls aren't romantic objects, and they're not damsels in distress. They are absolutely crucial to the storyline and the success of the other characters, but not in a way that is clumsy or in-your-face. This cartoon has effortlessly succeeded in an area where so many "adult" shows have failed, and it is a delight. Overall, one of the best viewing experiences I've had in a long time.
And now, I'm going to go start the whole show over again.
271 people found this helpful

Natasha HarrisonReviewed in the United States on September 6, 2017
5.0 out of 5 stars
NO LONGER INCLUDED WITH PRIME!!!!
Verified purchase
\\911** I can not believe after all this time now all three seasons are not included in prime membership!!!!!! And will be canceling my amazon account.
115 people found this helpful

Amazon CustomerReviewed in the United States on September 6, 2017
4.0 out of 5 stars
Four Stars
Verified purchase
I liked it better when it was still prime
66 people found this helpful

AubreyReviewed in the United States on June 13, 2016
5.0 out of 5 stars
The Greatest Show Ever
Verified purchase
If you're on the fence about whether or not to watch this series, jump down, cancel your meetings, and grab a bag of chips to eat while you become enthralled in the greatest cartoon of all time and certainly on of the greatest shows ever made. The series delves deep into moral issues while maintaining an upbeat light hearted attitude. The characters are all people, they aren't just one dimensional figures put in for a corny laugh in a kids show. They all possess multiple sides that become developed as the series goes on and display feelings that everyone has experienced whether they are loss and confusion, or joy and love. Certain characters stick to a general set of emotions but are never bound to them, just as people in real life aren't always downtrodden or happy but fluctuate and are capable of change. The plot goes deeper than simply narrating a story. Sure this is a classic save the world plot but it's somehow believable. In addition to all of this, each episode brings with it a deeper meaning that holds true. The series builds on the back story of all of the characters to express these ideas and presents them seamlessly with the plot. The writers never forget to include a moral in each episode that leaves the viewer thinking at the end of each episode. Other issues are brought into the show as well, ranging from corruption and lies, to internal conflict and strife. All of this fits nicely into the plot without jutting out as a ragged edge.
While some shows clearly have a specific audience, this show goes beyond and appeals to everyone who watches young or old, and entertains them all. The show may have originally been made for kids, but that doesn't matter. It can teach everyone something. The humor at times can be a little too kiddy but usually it's circumstantial or slapstick, not blatant stupidity. Also, because this show was meant to run on a kid's network, no one dies some horrid death like in Game of Thrones or some war movie. In fact people dying at all in the series is very rare. The bottom line is that it doesn't matter the about intended audience but rather that the show is great for all ages.
The animation for the series is top notch with movements being fluid and punctured by moments over the top expressions for emphasis. Some details are obviously computer generated but those moments are relatively sparse and always seem to be well placed.
Lastly, the show is more than just entertainment, it's a really good teacher. It makes the viewer think and wonder while engaging them the whole time in the action and plot of each episode. If at first the series seems slow or boring, just keep going and you'll see the depth of the show. As a word before you start watching, the first season is mainly to set up everything but still contains a lot of action and entertainment. The second and third seasons really take the series to the next level. Watch this show if you haven't. You will be glad you did.

AC WFReviewed in the United States on September 6, 2017
4.0 out of 5 stars
Great show, poor Amazon quality. Do NOT buy this.
Verified purchase
What is the point of Amazon Prime if stuff you start streaming is randomly removed without warning? I get to Episode 3 and then the next day I decide to watch more and it's asking me to pay for it. Why would I even pay for this when I'm already giving you money? Infact, why would I want to pay twice for such a low quality version of anotherwise great show.

I'd give the show 5 stars but Amazon's butchery of the digital version gets 0. The only reason I don't give this review 0 is because the show deserves better. I know the show is old so I can understand the forced letterboxing. But the actual quality is very low res and easily noticed when it's a cartoon. Especially on all the hard lines that outline every character or animated object. I could pirate better versions of this for FREE and you want us to pay for this trash?

It's like playing a 10 year old game on a 10 year old resolution and turning the AA off. It wasn't the TV which made it look bad either. The show looks great whenever I can catch it live on a rerun. Plus I watched the Amazon version on both the TV and my PC and both versions looked like trash. When it was streamed on Netflix I had none of these problems.

Well this is just added to a growing list of reasons to get rid of the Amazon prime sub. Keep making the choice easier on us. I'm sure you'll be very successful as a streaming service when you have nothing worth watching on it.

47 people found this helpful
See all reviews
Back to top
Get to Know Us
Make Money with Us
Amazon Payment Products
Let Us Help You
EnglishChoose a language for shopping. United StatesChoose a country/region for shopping.
© 1996-2022, Amazon.com, Inc. or its affiliates