You have reached the cached page for https://www.dailymail.co.uk/sciencetech/article-2551511/Do-camels-prove-Bible-INACCURATE-Archaeologists-reveal-mammals-domesticated-900BC-centuries-Biblical-characters-rode-them.html
Below is a snapshot of the Web page as it appeared on 1/20/2022 (the last time our crawler visited it). This is the version of the page that was used for ranking your search results. The page may have changed since we last cached it. To see what might have changed (without the highlights), go to the current page.
You searched for: where are camels mentioned in the bible timeline We have highlighted matching words that appear in the page below.
Bing is not responsible for the content of this page.
Do camels prove that the Bible is INACCURATE? | Daily Mail Online

Do camels prove that the Bible is inaccurate? Archaeologists reveal mammals were domesticated in 900BC - centuries after Biblical characters rode them

Camels are mentioned in Biblical stories involving Abraham, Joseph and Jacob as well as other famous characters.

But archaeologists have found that the mammals were not domesticated in Israel until centuries after famous figures were said to have ridden them.

They claim this shows that text in the Bible was compiled long after the events described in it and challenges the holy book as a historical document. 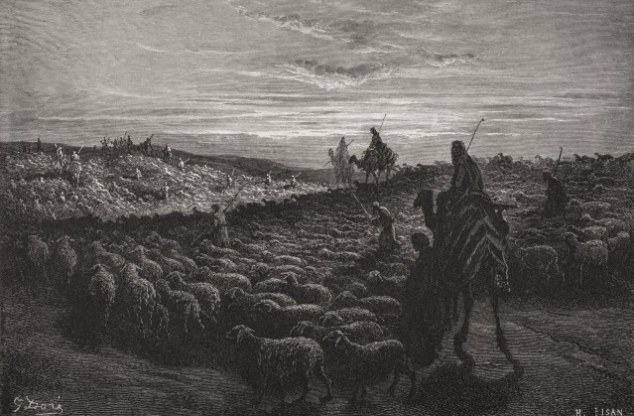 Archaeologists have found that camels were not domesticated in Israel until centuries after famous figures such as Abraham were said to have ridden them. An engraving from The Dore Bible showing Abraham journeying into the Land of Canaan, by Gustave Dore, is pictured

CAMELS MENTIONED IN THE BIBLE

Genesis 37:25 'Then they sat down to eat a meal. And as they raised their eyes and looked, behold, a caravan of Ishmaelites was coming from Gilead, with their camels bearing aromatic gum and balm and myrrh, on their way to bring them down to Egypt.'

Genesis 24:10 'Then he loaded ten of Abraham’s camels with all kinds of expensive gifts from his master, and he traveled to distant Aram-naharaim.'

Genesis 24:61 'Then Rebekah arose with her maids, and they mounted the camels and followed the man. So the servant took Rebekah and departed.'

Camels were not domesticated in Israel until centuries after the Age of the Patriarchs – when Abraham, Jacob and Issac are said to have lived - between 2,000 and 1,500 BC.

Dr Erez Ben-Yosef and Dr Lidar Sapir-Hen of Tel Aviv University's Department of Archaeology and Near Eastern Cultures used radiocarbon dating to pinpoint the moment when domesticated camels arrived in the southern Levant.

They found camels came in the 9th century BC, not the 12th as previously thought.

The findings, described in the journal Tel Aviv, draw more attention to the disagreements between Biblical texts and verifiable history.

‘The introduction of the camel to our region was a very important economic and social development,’ Dr Ben-Yosef said.

‘By analysing archaeological evidence from the copper production sites of the Aravah Valley, we were able to estimate the date of this event in terms of decades rather than centuries,’ he said. 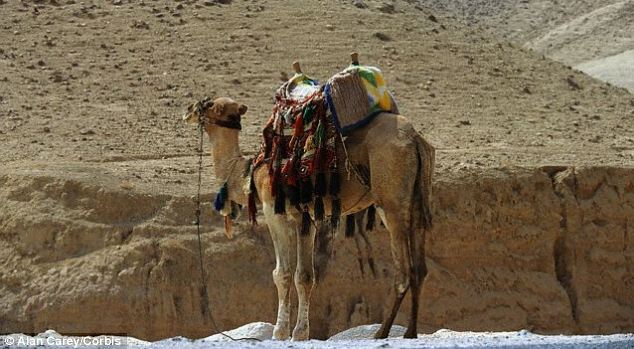 Archaeologists have found that camels came to the south Levant in the 9th century BC, not the 12th as was previously thought. A modern camel outside Jerusalem is pictured 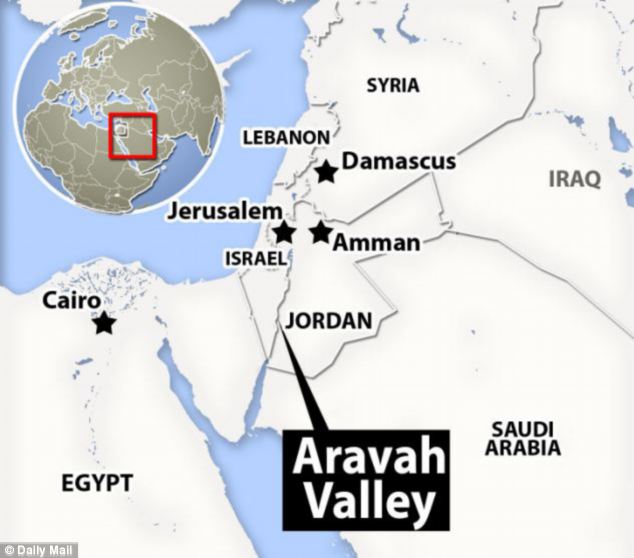 It is believed that camels were originally domesticated in the Arabian Peninsula for use as pack animals sometime towards the end of the second millennium BC.

The oldest known domesticated camel bones were discovered in the Aravah Valley, in the southern Levant, which runs along the Israeli-Jordanian border from the Dead Sea to the Red Sea and come from a time when the valley was an ancient centre for copper production.

Dr Ben-Yosef dated an Aravah Valley copper smelting camp where the domesticated camel bones were found in 2009 and discovered they dated to between the 11th and 9th century BC.

He led another dig in the area in 2013 to determine exactly when domesticated camels appeared in the southern Levant.

Together with Dr Sapir-Hen, he used radiocarbon dating and other techniques to analyse the findings of these digs as well as several others done in the valley.

In all the digs, they found that camel bones were unearthed almost exclusively in archaeological layers dating from the last third of the 10th century BC or later – centuries after the patriarchs lived and decades after the Kingdom of David, according to the Bible.

The few camel bones found in earlier archaeological layers probably belonged to wild camels, which archaeologists think were in the southern Levant from the Neolithic period or even earlier. 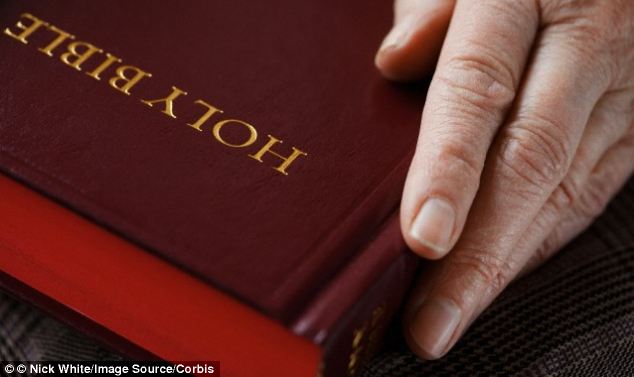 Dr Ben-Yosef and Dr Sapir-Hen think the Aravah Valley and would have been a logical entry point for domesticated camels into the southern Levant as it bordered the Arabian Peninsula.

They believe the first domesticated camels ever to leave the area may be buried in the Aravah Valley.

The arrival of domesticated camels promoted trade between Israel and exotic locations that were previously unreachable.

Camels can travel over much longer distances than the donkeys and mules that preceded them.

By the seventh century BC, trade routes like the Incense Road stretched all the way from Africa through Israel to India.

Camels opened Israel up to the world beyond the vast deserts to profoundly alter its economic and social history, the researchers said.

Do camels prove that the Bible is INACCURATE?