You have reached the cached page for https://www.india.com/travel/articles/madras-music-season-everything-you-need-to-know-about-the-margazhi-festival-3237127/
Below is a snapshot of the Web page as it appeared on 1/22/2022 (the last time our crawler visited it). This is the version of the page that was used for ranking your search results. The page may have changed since we last cached it. To see what might have changed (without the highlights), go to the current page.
You searched for: when was the madras music season first created in 2017 date We have highlighted matching words that appear in the page below.
Bing is not responsible for the content of this page.
Madras Music Season: Everything you need to know about the Margazhi festival | India.com
Home > Articles

Madras Music Season: Everything you need to know about the Margazhi festival

And why you should absolutely go for it! 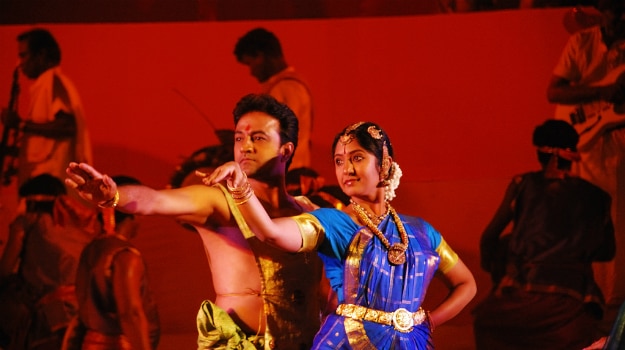 It’s that time of the year again and the six-week-long festival finally begins today. With a number of  large and small kutcheris (carnatic music concerts) being performed by experienced and highly competent musicians, the festival is filled with excitement.Also Read - Kerala High Court Bans Gathering of More Than 50 People In Kasargod District Amid Current Covid Situation

While the actual purpose behind the festival is to allow people who love music listen to some of the most renowned artistes and to give young talent an opportunity to display their skill, the festival has over the years become much more than just a show. With people traveling from all over the world in order to take part in the event or simply watch from the audience, the festival has become one of the largest music festivals in the world.  Held in December-January, the history of the festival is an interesting one. Also Read - Priyanka Chopra-Nick Jonas Welcome a Baby, Lilly Singh-Huma Qureshi Send Warm Hugs

First created in 1927 by the founders of the Madras Music Academy, the concerts would be held in a different location every year. Moving from one city to another, the festival took place in the months of March and April until it found its permanent home in Madras on TTK Road. Owing to the favorable weather conditions of Chennai during the December to January time of the year, the event was shifted to this time. From the year 1928, the festival was held in Chennai every year in December and continues the tradition even today. Also Read - Enhancement In Basic Income Tax Exemption Limit Of Rs 2.5 Lakh Highly Awaited

While the festival was initially a purely carnatic consisting of Carnatic music concerts, harikathas, lecture demonstrations and award ceremonies, the festival has now bloomed. Hosting dance, drama and several non-Carnatic art forms, the festival is now appreciated by an even wider audience. Beginning from afternoon and ending late in the evening, the festival lasts six weeks long and consists of performances by several artistes. In the 2004-05 edition, there were 1200 performances by over 600 artistes.

The performances during the festival are organised by Sabhas who bestow titles and awards on the participating artistes. Each sabha has a hall or two and hosts the events in them. The halls can contain from 75 to 300 people. While most sabhas organize free concerts to fill in the morning and afternoon slots, the ticketed performances featuring unique talents start from 4 pm.

While season passes for the performances at the Music Academy are sold out within the first week of the festival, tickets for individual performances are available much easier.