You have reached the cached page for https://slippedisc.com/2021/03/james-levine-is-dead/
Below is a snapshot of the Web page as it appeared on 12/15/2021 (the last time our crawler visited it). This is the version of the page that was used for ranking your search results. The page may have changed since we last cached it. To see what might have changed (without the highlights), go to the current page.
You searched for: when did karl bohm become a music director for kids free We have highlighted matching words that appear in the page below.
Bing is not responsible for the content of this page.
James Levine is dead - Slipped DiscSlipped Disc | The inside track on classical music and related cultures, by Norman Lebrecht 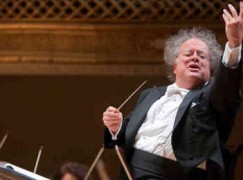 The longest-serving music director of the Metropolitan Opera has died of the effects of Parkinsons Disease. He was 77.

Levine was the Met’s dominant personality for four decades, perhaps of all time. His tenure was ended by allegations of sexual abuse of young men on the Met payroll, a pattern of behaviour that was familiar to all at the upper levels of the company, but which they chose to ignore until the public climate changed. Levine would later claim that these were loving relationships.

Levine was fired in 2016 and reached a $3.5 million settlement with the company three years later.

His achievements will outweigh this seedy episode.

Levine raised standards of orchestral playing at the Met to an historic high by a combination of extreme hard work and the best wages in the country. He had an intuitive understanding of singers and attracted the best to his casts. He extended the repertoire to include Janacek, Schoenberg and Adams and gave an assurance of high quality to all that the Met did under his aegis.

His recordings are legion, many of them outstanding. As a conductor of concerts, however, he lacked stage charisma and intellectual penetration. His spells as music director at Ravinia and the Boston Symphony were comparativel unsuccessful, they latter dogged by increasing physical frailty.

Unmarried, he was cared for by his late brother Tom and a close entourage led by his long-term flatmate, the oboist Sue Thompson.

His death was recorded in Palm Springs on March 9.

UPDATE: The dark side of James Levine

UPDATE2: Tim Page on the magnetism of Levine

UPDATE3: An unloving tribute from the Met

UPDATE5: The silence of Yannick

The dark side of James Levine »

We are doing our best to ensure that Slipped Disc is free to all readers. However, like every other news site, we have costs to bear and are urging readers to help share them.

Membership benefits will include a daily digest of stories delivered to your email, and occasional exclusive offers from our partners.

Select your subscription length below and head to the checkout: