You have reached the cached page for https://tvtropes.org/pmwiki/posts.php?discussion=13955282570A87068500&page=7480
Below is a snapshot of the Web page as it appeared on 12/4/2021 (the last time our crawler visited it). This is the version of the page that was used for ranking your search results. The page may have changed since we last cached it. To see what might have changed (without the highlights), go to the current page.
You searched for: when did karl bohm become a music director for kids We have highlighted matching words that appear in the page below.
Bing is not responsible for the content of this page.
Trope Pantheons Discussion - TV Tropes Forum

You need to login to do this. Get Known if you don't have an account
Following

Welcome to the Trope Pantheons thread! Please read the rules:

Rules
Rules. The following are not suggestions or tips, but things that have to be followed:
Instructions and Tips
Here are some tips one should keep in mind when editing:
Divine Ranking System
Templates
Template for adding a new deity:

The name of the item in here (Alternate names/Nicknames, Fan Nickname)

CrimsonShark ALIBABARAY!!! from The Internet of Loneliness and Beyond Relationship Status: One Is The Loneliest Number

@Hamana - Just letting you know, Michael Myers has Slasher Movie and I don't think any other character, Jason included, can be a better example than The Shape himself.

That said, I'd be cool with Jason having Slasher Movie if there's a good trope for Michael to take.

"I must consult with the Site Moderators. And the Elder Gods, of course."
HamanaHamanaHamana Hon Hon HON

I actually did not know that. That said, Slasher Movie should have been given to Norman Bates since Psycho was the main influence and both Friday the 13th and Halloween are the codifiers, not the ones that created the genre in the first place.

Also, for Chris Walker, that's faso's profile and I'll need his input if he is okay replacing him.

Let's all laugh at a Pantheon that never learns anything tee-hee-hee!
fasoman1996 Pumpy :D from Argentina (A.K.A. Naziland) Relationship Status: Baby don't hurt me!

Nah keep Chris. I think he can stay if i find something else.

with the Twins. I'm done with them

Anything else for these two? 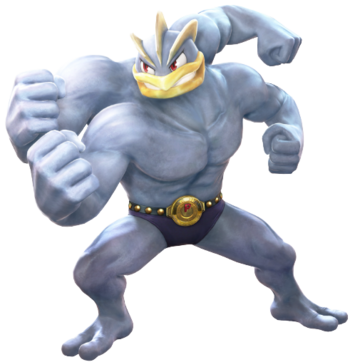 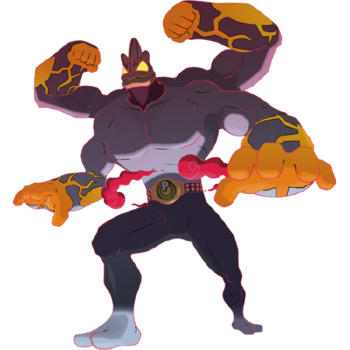 Articuno, Zapdos and Moltres, Triumvirate Deities of Ice, Lightning, and Fire (The Legendary Birds | Articuno: The Freeze Pokémon, 2.5 HOURS | Zapdos: The Electric Pokémon, THE BEST ONE, The Arch-Angel, Battery Jesus, AA-J | Moltres: The Flame Pokémon, LEAVE ME ALONE, Why couldn't it have been you., THANK GOD) 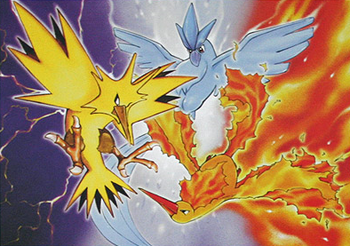 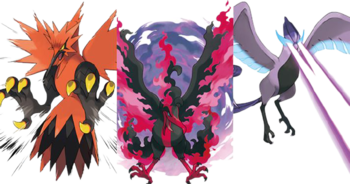 for their regional variants. Left to right: Galarian Zapdos, Moltres and Articuno

CrimsonShark ALIBABARAY!!! from The Internet of Loneliness and Beyond Relationship Status: One Is The Loneliest Number

to Machamp and the Birdies. Also, I guess I could change Michael's trope to Our Slashers Are Different, given that it would provide a win-win. Michael would have to be moved to Fearsome Archetypes though.

A side note, but I think the (concept of them) Trope Codifier is more important than the Trope Maker by a slim margin, as I think that while the latter is definitely influential and is necessary, the former is what defines and sets up future examples. I'll stop here as that's a conversation for another thread.

Need one more approval for Sasuke.

"I must consult with the Site Moderators. And the Elder Gods, of course."
SailorVenus372 Relationship Status: You cannot grasp the true form

It's not the Prescripts' fault you were too dumb to get it~
CrimsonShark ALIBABARAY!!! from The Internet of Loneliness and Beyond Relationship Status: One Is The Loneliest Number

"I never want to see another important person die in front of me again."

"I must consult with the Site Moderators. And the Elder Gods, of course."
r-lock256

And thus, the Twins are reunited

Halloween is cancelled. Kali Ma Day is here to replace it

nightelf37 The Scrappy and Butt-Monkey of the Pantheon Thread from Hadithi (it's Swahili for 'story') Relationship Status: They grew on me like a tumor...

This is Halloween once again, where people often end up dressing up as other people, if they're not doing the classics, and even then one could end up looking like someone else already here.

You can see the following sights:

There's no real reason why these characters dress up like this. It could've been some unnecessary elaborate prank of titanic proportions by powerful magic.

In theme to Halloween, here's a spoopy profile.

I don't know the first thing about Yapool, sorry. 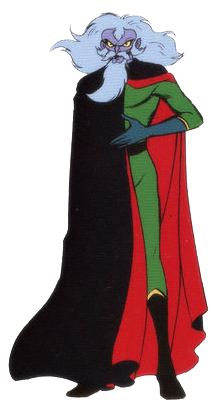 First draft. Sorry it's mostly like Derek and Angie's profile. Not much variations on profiles with a hero surgeon. 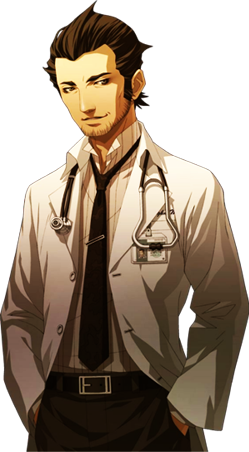 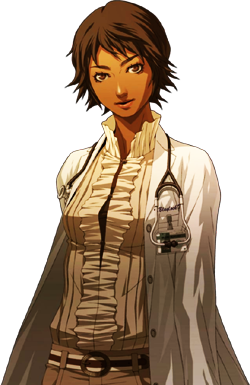 TV Tropes Pantheon Group Members Database
CrimsonShark ALIBABARAY!!! from The Internet of Loneliness and Beyond Relationship Status: One Is The Loneliest Number

Yeah, I don't think Zod would be part of the GUAE as you've stated in Doctor Hell's profile, given that his main priority is to defend Kryptonian survivors and establish a new community for them, even if his methods and perspectives can be ve very myopic and disproportionate. Also, he opposes those who destroy planets for a living.

"I must consult with the Site Moderators. And the Elder Gods, of course."
Rmpdc AKA Rmpdc.Dcstr 94 from Philippines Relationship Status: Shipping fictional characters

This is the alternate account of user Rmpdc.Dcstr 94. Thanks to circumstances.
SuperWIKI1 from The Little Red Dot Relationship Status: Above such petty unnecessities

for your profile and ideas.

@Hamana: Jason for Implacable Man in my opinion.

Why not make a profile for the Justice Society for The Golden Ageof Comic Books? Or maybe Old Superhero if you still one to use Golden version of Flash and GL.

Gacha Is A Lie.
CrimsonShark ALIBABARAY!!! from The Internet of Loneliness and Beyond Relationship Status: One Is The Loneliest Number

Sorry, but no. I'm intending to only go with Jay and Alan for this. Those two are the only ones in the Justice Society to have a strong influence throughout the DC Narrative in regards to its mythos and themselves are constant references to the Golden Age, and adding the other members of the Justice Society would end up being filler compared to Jay and Alan, in addition to putting too much bloat in the content side of things.

And also, Old Superhero can be given to someone else, I think.

Sure to Decapitation Presentation. Walker be rippin' 'em And Show It to You

"I must consult with the Site Moderators. And the Elder Gods, of course."
fasoman1996 Pumpy :D from Argentina (A.K.A. Naziland) Relationship Status: Baby don't hurt me!

I think i found two potential alts for Chris Walker.

Decapitation Presentation or Human Head on the Wall. This ties with Chris' MO of ripping the head clean off his victims and also keeps the murdered victims' heads stashed both in his home and in the asylum

Superman made me do it.
mariovsonic999 Lo L Dating Sim is a real thing.

Regarding Norman, the song is too infamous for him to not have it as his trope.

I guess it is in agreement then, Jason gets Implaceable Man. What happens to Hockey Mask and Chainsaw though, in terms of incorporating a trope to a potential candidate (or like what faso said, the entire thing with Kamehame Hadoken with Goku and Ryu).

Posting the drafts of these two for feedback. (I am still trying to incorporate Vanitas into the Babadook or at least trying to find out how to do such)

The Babadook, The Monster That Thrives in the Mind (Mister Babadook) 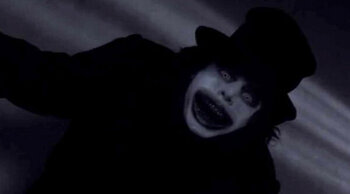 Alma Wade, She Who Became A Monster From Her Past (Mother) 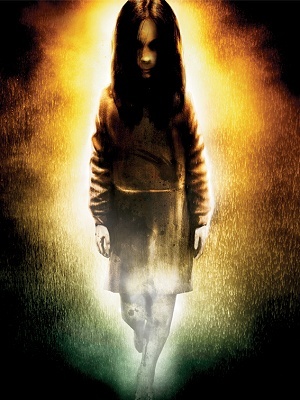 Let's all laugh at a Pantheon that never learns anything tee-hee-hee!
RokuAlhazared The Emperor Of Darkness

All three are open, but which one would be best for Bela, Cassandra and Daniela Dimitrescu?

The three were originally human maidens, until Alcina Dimitrescu subjected them to the Cadou parasite. Bloatflies consumed their bodies, and combined to create new ones in their place.

I wonder how the Pantheon would feel about having Lady D's kids running rampant...

The One Who Crosses The Sky In Flames
Iceaura39 Anonymous Jack, the Narrator from Where joy and happiness go to cry Relationship Status: is commanded to— WANK!

As for why I'm here, it's to present this. How does this look: 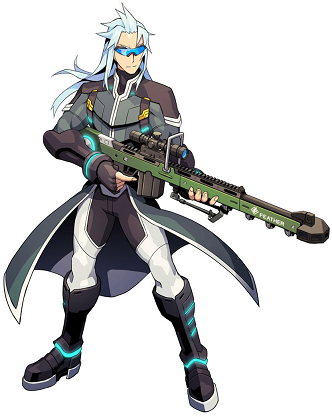 Click here to see him with his Septima active. 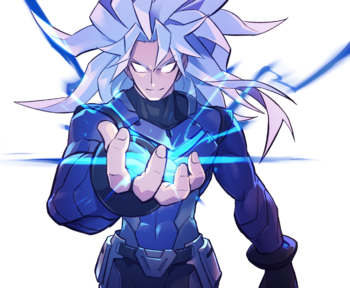 Click here to see his true form as Demerzel. 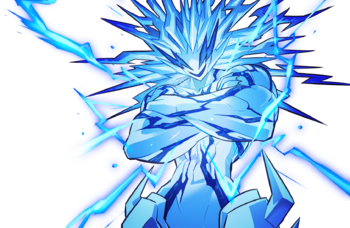 I took a wrong turn with you somewhere... I'm sorry for that. But you've made your position clear. I'm on one side of this line... and you're on the other! You see, you're not the only Azure Striker. You were just the strongest... until now.

Before anyone tries to "bottom post" let me make a few statements.

for the idea. The idea feels like its a "post-hype" idea and an example of recency bias that we should start looking at. Like Flies Equals Evil could have been used for Lord of the Flies as a better example.

Also, I'd like some feedback to the drafts above so that me posting my drafts doesn't feel like a waste of effort.

Let's all laugh at a Pantheon that never learns anything tee-hee-hee!
Back Top
Total posts: 187,788
Advertisement: