You have reached the cached page for https://www.doghealth.com/health/infectious-diseases/2638-rocky-mountain-spotted-fever-in-dogs
Below is a snapshot of the Web page as it appeared on 10/2/2021 (the last time our crawler visited it). This is the version of the page that was used for ranking your search results. The page may have changed since we last cached it. To see what might have changed (without the highlights), go to the current page.
You searched for: what kind of disease is rocky mountain spotted fever in dogs We have highlighted matching words that appear in the page below.
Bing is not responsible for the content of this page.
Rocky Mountain Spotted Fever in Dogs

Rocky Mountain spotted fever is an illness caused by the bacteria Rickettsia rickettsii. The bite of infected ticks spreads it. Depending on the geographic area, several tick types can transmit the bacteria, including the American dog tick, the wood tick, and the brown dog tick.

An infected tick must be attached to the dog for at least 5 hours, and often up to 24, before the bacteria is transmitted. After that, it takes between 2 days and 2 weeks for the dog to start showing signs of illness.

The signs of the condition can be quite varied. They tend to be vague and shared with many other conditions. Dogs with Rocky Mountain spotted fever may show one or a few of the following signs:

When you take your dog to the veterinarian because of the signs of illness listed above, the doctor will take a complete history from you and then do a thorough physical exam. The signs of Rocky Mountain spotted fever are similar to those caused by many conditions, including other tick-borne conditions such as ehrlichiosis, leptospirosis, and several autoimmune diseases (among many others). Some diagnostic tests, including blood work and x-rays, may help rule out other causes of the signs.

An IFA test (immunofluorescent assay) can confirm Rocky Mountain spotted fever, but it requires that two blood samples be sent to a special lab. The first blood sample is drawn when the signs are first noticed, and the second is sent several weeks later. If there are more antibodies to the bacteria found in the second sample, the condition is confirmed.

Of course, the dog must be treated in the amount of time necessary between the first and second blood samples, so often, the doctor begins treatment based on a presumption of the condition. 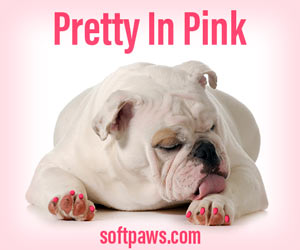 Rocky Mountain spotted fever is treated with a course of an antibiotic called doxycycline, which is given for up to 3 weeks. If the dog can't take that medication for some reason, there are some other antibiotics for the veterinarian to choose from.

Treatment is usually quite successful if antibiotics start early in the disease course, but once the condition progresses, it becomes less effective.

Prevention of the condition focuses on good tick control. Ask your veterinarian for a recommendation on the best tick control plan for your area and then follow it carefully.

Additionally, make a habit of checking your dog daily for ticks after he's been out, especially in wooded or grassy areas. Learn how: "How to Find Ticks on Your Dog."

If you find a tick on your dog, remove it carefully. Wear gloves and use a tick removal tool if you have one. Learn more: "How to Remove Ticks."

Humans can become infected with Rocky Mountain spotted fever. They contract the infection the same way dogs do—through the bite of an infected tick. Humans can't get it directly from a dog, but if dogs in a particular area are getting the disease, that indicates it is in the tick population of the area. People should take precautions and check themselves for ticks often.

How to Find Ticks on Your Dog

Watch Out for Ticks This Year

How To Remove Ticks

Disclaimer: This website is not intended to replace professional consultation, diagnosis, or treatment by a licensed veterinarian. If you require any veterinary related advice, contact your veterinarian promptly. Information at DogHealth.com is exclusively of a general reference nature. Do not disregard veterinary advice or delay treatment as a result of accessing information at this site. Just Answer is an external service not affiliated with DogHealth.com.

Notice: Ask-a-Vet is an affiliated service for those who wish to speak with a veterinary professional about their pet's specific condition. Initially, a bot will ask questions to determine the general nature of your concern. Then, you will be transferred to a human. There is a charge for the service if you choose to connect to a veterinarian. Ask-a-Vet is not manned by the staff or owners of DogHealth.com, and the advice given should not delay or replace a visit to your veterinarian.