You have reached the cached page for https://www.songfacts.com/facts/mike-curb-congregation/burning-bridges
Below is a snapshot of the Web page as it appeared on 10/24/2021 (the last time our crawler visited it). This is the version of the page that was used for ranking your search results. The page may have changed since we last cached it. To see what might have changed (without the highlights), go to the current page.
You searched for: what is the meaning of burning bridges song mike curb We have highlighted matching words that appear in the page below.
Bing is not responsible for the content of this page.
Burning Bridges by Mike Curb Congregation - Songfacts
WelcomeGuest 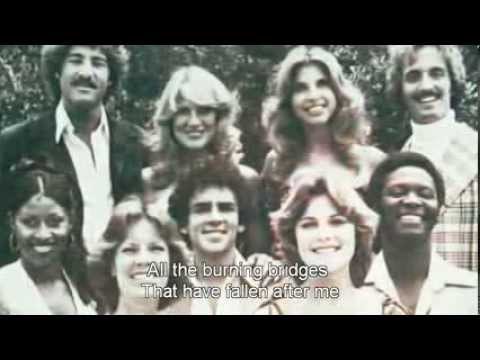 Shine On You Crazy DiamondPink Floyd

Pink Floyd's "Shine On You Crazy Diamond" is about their founding member Syd Barrett, who became an acid casualty. Notice the S-Y-D in the title.

"Abracadabra" was inspired by Diana Ross and The Supremes. Steve Miller first met the girl group when they performed together on NBC's Hullabaloo in 1966, and he wrote the lyrics after spotting Diana Ross skiing in the mountains years later.

The "Free Bird" lyric, "If I leave here tomorrow, would you still remember me?" was something Lynyrd Skynyrd's guitarist's girlfriend said to him during a fight.

I Walk The LineJohnny Cash

Johnny Cash promised to stay true to his first wife in "I Walk The Line," but when the song became a hit he found himself on the road, having an affair with June Carter, who became his second wife.

"Take On Me" was just a minor hit in Norway until a new version was released with the iconic video, making it a global smash.

Devo founders Mark Mothersbaugh and Jerry Casale take us into their world of subversive performance art. They may be right about the De-Evoloution thing.

Kristian talks songwriting technique, like how the chorus should redefine the story, and how to write a song backwards.

Was Justin the first to be Punk'd by Ashton Kutcher? Did Britney really blame him for her meltdown? Did his bandmates think he was gay?

Beef with Bon Jovi? An unfortunate Spandex period? See if you can spot the true stories in this Metallica version of Fact or Fiction.

The renown rock singer talks about "The House of the Rising Sun" and "Don't Let Me Be Misunderstood."

David talks about videos he made for Prince, Alabama, Big & Rich, Sheryl Crow, DMB, Melissa Etheridge and Sisters of Mercy.