You have reached the cached page for https://z1077fm.com/3rd-annual-yucca-valley-film-festival-begins-today/
Below is a snapshot of the Web page as it appeared on 1/13/2022 (the last time our crawler visited it). This is the version of the page that was used for ranking your search results. The page may have changed since we last cached it. To see what might have changed (without the highlights), go to the current page.
You searched for: what is the largest independent film festival in europe today time schedule We have highlighted matching words that appear in the page below.
Bing is not responsible for the content of this page.
3rd ANNUAL YUCCA VALLEY FILM FESTIVAL BEGINS TODAY | Z107.7 FM 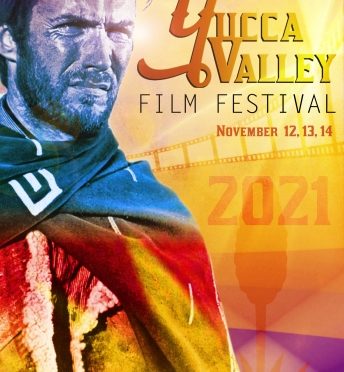 The 3rd annual Yucca Valley Film Festival will take place Nov 12 through 14, with movies available through Nov 21st, online, all free of charge. This year’s program includes an “Ask Me Anything” live session with Michael Dante, and movies starring such A-listers as Woody Harrelson, Alicia Hannah, Sebastian Roché. This year’s program also features the return of multiple filmmakers who previously won or participated in the Yucca Valley Film Festival, as well as filmmakers honored this year at the Paris Art and Movie Awards. The Yucca Valley Film Festival also confirms its international status, with more than 70 movies and artists in competition from the United States and Canada, but also Japan, Malaysia, Australia, Israel, Russia, Netherlands, Finland, Belgium, France, Korea, Spain, Portugal and Italy!  2021 will also showcase a record number of movies and documentaries with desert settings, including multiple entries filmed in the Mojave Desert and Yucca Valley.

Residents of Yucca Valley and the Morongo Basin will enjoy a movie festival representing the best of contemporary independent movies from local filmmakers, Los Angeles and San Bernardino Counties and throughout the United States, as well as Europe and Canada.  This year the Festival will be offered in digital format and will be presented, free of charge, on XERB.TV for viewing at home and on any smart device.  The XERB.TV platform specializes in offering an outstanding digital film festival experience, allowing audiences to attend virtually.  Every participating filmmaker will have the opportunity to join the Festival digitally to talk about their film and connect with the audience via video talks, chat, social media, and more! Films will be launched throughout the weekend and will remain available for viewing through November 21, 2021.  Event program details are available at http://www.yuccavalleyfilmfestival.com.

Get the popcorn!  The weekend festival will kick off with a Friday Opening Night that will include a Mayor’s Welcome, a Short Film and a Feature Film Yucca Valley Premiere!  Saturday and Sunday will feature Screenings, Filmmaker Artist/Audience Talks and Audience Voting. Be a part of it all – screen films and interact with the filmmakers!  Discover a director’s inspiration or join a script writers roundtable.  Vote for favorites in a variety of categories.  Awards and cash prizes will be presented to the best entries in multiple categories including Short Film, Animated Short Film, Feature Film, Documentary, Script, Visual Art and Music Video. A winner is also chosen for the Audience Award.  Community members are encouraged to showcase their creativity and participate in the new Drone Video, Dance Film and Art, Nature and Desert Photography categories.  Local submissions in any category are entirely free! Use code YUCCAVALLEY2021 on Filmfreeway before October 19. Contact yuccavalleyfilmfestival@gmail.com for more information. On Sunday evening, enjoy the wrap party with introduction by Mayor Merl Abel, publication of awards, and a special screening of winning films!

Films will screen on a secure platform, XERB.TV, specializing in offering a digital experience for Film Festivals and mainstream audiences to attend virtually.  Sign up today at https://xerb.tv/channel/yvff/ to get free access to the entire Yucca Valley Film Festival program!  The 2021 films will be made available online and will remain accessible through November 21, 2021.  Talks and discussions will take place on Xerb.tv as well as the Yucca Valley Film Festival Facebook and YouTube pages.  Be a part of the event from your own home! Residents and viewers can participate in talks with the Festival Directors who will moderate questions taken from the comments on Xerb.tv, Facebook and/or YouTube.  The full Yucca Valley Film Festival event schedule of screenings and programs can be found at http://www.yuccavalleyfilmfestival.com.

Returning to execute this extraordinary event are the Town’s Festival Directors, Matt Beurois and Auregan.  A multi-award-winning director, scriptwriter and producer, Matt Beurois is credited on more than 50 films including Little Wing, Iron Sky II, Back In Time and Hardcore Henry (Winner Toronto Festival), he released the feature film, The Barn, in 2018.  His upcoming feature film, “American Game”, slated for release in 2022, was filmed in Yucca Valley, Joshua Tree, 29 Palms, and Desert Hot Springs.

French performer, singer, songwriter and movie producer, Auregan, is credited on Masterchef and Masters of Illusions.  Her recent collaborations include Grammy Award winner Billy Ray Cyrus and Nashville hitmaker and producer Jeff Coplan.  As a musician, she has penned more than 250 songs and performed 300 headlining shows, with three published albums.  She produced the documentaries Bowie Full Colors and On the Brink of Fame, and most recently produced Beurois’ next feature “American Game”.   Yucca Valley residents, Auregan and Matt also created and produce the annual Paris Art & Movie Awards Festival, the largest independent Film Festival in Paris and now in its eleventh year, with screenings on the Champs Elysees.

The Yucca Valley Film Festival is part of the activities and programs organized by the Town of Yucca Valley’s Community Services Department. For more information, or to view the new Fall/Winter Activities and Events Guide, visit http://www.yucca-valley.org or contact the Community Services Office, Monday through Thursday from 9:00 a.m. to 2:00 p.m. at (760) 369-7211.

Your 5-Day Forecast at a Glance