You have reached the cached page for https://www.dictionary.com/e/slang/plenty-of-fish/
Below is a snapshot of the Web page as it appeared on 8/13/2020 (the last time our crawler visited it). This is the version of the page that was used for ranking your search results. The page may have changed since we last cached it. To see what might have changed (without the highlights), go to the current page.
You searched for: what does the expression plenty of fish in the sea mean in urdu translation We have highlighted matching words that appear in the page below.
Bing is not responsible for the content of this page.
plenty of fish – Dictionary.com

Get The Newest
Slang 🔥

What does plenty of fish mean?

There's plenty of fish (in the sea) means a single person still has lots of options out there for future partners. It's often said in consolation after a breakup—not that it always helps. The saying is the basis of the name of an online dating website, Plenty of Fish, often abbreviated as POF.

Where does plenty of fish come from? 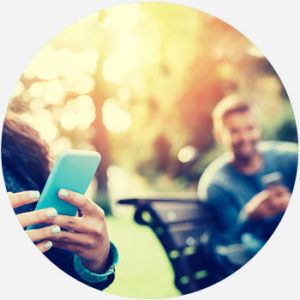 According to the Dictionary of Proverbs, there’s plenty of fish in the sea can be found as early as 1573 in the form in the main sea, there’s a good store of fish. (Still doesn’t help.)

Often meant to encourage someone who’s just been dumped or needs to get back in the dating scene, the proverb likens the dating field to the sea, brimming with endless fish, or potential, lasting partners that haven’t been caught yet. It can also suggest that someone’s ex wasn’t so special or unique. (Trust us, they weren’t.)

By 1862, the proverb had morphed into its modern form and was established enough to inspire a classic early American popular song from Stephen Foster, “There Are Plenty of Fish in the Sea”:

And, with this saying, it’s all about the comeback.

When I hear someone say ‘there are plenty of fish in sea’ … I want to respond with ‘You know there are sharks in the sea too, right?’ 😋

In 2003, a Vancouver-based dating site alluded to the saying for its free dating website, Plenty of Fish, which, as of 2018, claims to be the largest of its kind with over 150-million registered users across the globe. Users commonly refer to it as POF. For many, the site and app has a reputation for being a “hookup” service and being abused for violent sexual crimes.

Examples of plenty of fish

There are plenty of fish in the sea. Unfortunately, I live in the desert.

@FrenchStallion, November, 2016
Time to Get Real. There Aren’t Plenty of Fish in the Sea and It’s Our Fault
Aisling Maria Cronin, One Green Planet (headline), May, 2017

Who's this putting me on plenty of fish!!!!!! Let me know if he's successful maybe I can take some tips from him! 🙈

Who uses plenty of fish?

In everyday speech, people may kindly advise there are plenty of fish in the sea—or if they care even less about your breakup: Welp, there’s plenty of fish!—to a friend, family member, or even themselves if going through a breakup or trying to get excited about dating.

As noted though, the saying has become a cliché, leading to all sorts of fish- and ocean-based jokes.

Yes, there are plenty of fish in the sea — but I stopped fishing after I found you.

Plenty of fish in the sea.. but i want a dolphin 😂

When my ex and I broke up, my mom consoled me, saying, “There are plenty of fish in the sea.”

So now I’m dating a fish.

When plenty of fish is not linked to the common saying, it’s probably referencing the popular dating site, Plenty of Fish.

I had a date lastnight with someone from PlentyOfFish who described themself as a ‘fox’. Turns out she’s just ginger and eats from bins.

Lastly, many people pun on plenty of fish when talking or writing about fishing, water sports, and fish population levels. Nice …

There *were* plenty of fish in the sea. pic.twitter.com/wvxlLUE3RG

This is not meant to be a formal definition of plenty of fish like most terms we define on Dictionary.com, but is rather an informal word summary that hopefully touches upon the key aspects of the meaning and usage of plenty of fish that will help our users expand their word mastery.