You have reached the cached page for https://www.dictionary.com/e/slang/putlocker-and-chill/
Below is a snapshot of the Web page as it appeared on 4/7/2021 (the last time our crawler visited it). This is the version of the page that was used for ranking your search results. The page may have changed since we last cached it. To see what might have changed (without the highlights), go to the current page.
You searched for: what does putlocker mean on netflix queue We have highlighted matching words that appear in the page below.
Bing is not responsible for the content of this page.
Putlocker and chill - Dictionary.com

Tired of Typos?
Get Help Now!

What does Putlocker and chill mean?

The slang Putlocker and chill refers to relaxing at home by streaming movies or TV from an illegal site.

Where does Putlocker and chill come from? 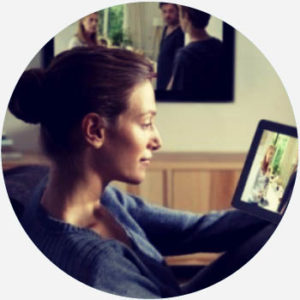 The phrase Netflix and chill—watching TV or movies on the streaming service Netflix while relaxing at home—was first used by Twitter user @nofacenina in 2009. Over the next few years, it became a standalone phrase (e.g., once I get out of work, I’m just going to Netflix and chill). In 2014, Netflix and chill also took on a sexual subtext. For instance, one person might suggest to a potential romantic partner that they want to Netflix and chill, implying that watching a movie will create the intimacy that will lead to intercourse.

Because Netflix requires a monthly subscription fee, and because not every movie or TV show is available on the service, some people use websites that offer pirated content, such as Putlocker.

The future of the phrase depends on the future of Putlocker, liable to be shut down for pirated content, as it notably was in the UK in 2016.

Examples of Putlocker and chill

I don't have Netflix but we can Putlocker and Chill. 😂😂
@ejaysantiago17, May, 2017
when you're broke af so it's just "putlocker and chill" for you
@genapura, April, 2016
If, however, you chose not to see any of the hotter months' movies, then this article shall serve as a comprehensive list of what good decisions you made, as well as what hidden gems should feature in your next Putlocker and chill.
Bradley Young, The Gryphon, July, 2016
SEE MORE EXAMPLES

Who uses Putlocker and chill?

While Netflix and chill can imply a sexual encounter, Putlocker and chill is generally reserved for watching movies and TV.

In some cases, people, such as cash-strapped students, may use Putlocker and chill to joke about or lament their inability to afford Netflix. For instance, “I know we’re both too broke to get drinks at a bar, so let’s just go to your place and Putlocker and chill.”