You have reached the cached page for https://www.irishtimes.com/news/ireland/irish-news/covid-ireland-faces-further-restrictions-if-numbers-don-t-improve-says-holohan-1.4735252
Below is a snapshot of the Web page as it appeared on 1/18/2022 (the last time our crawler visited it). This is the version of the page that was used for ranking your search results. The page may have changed since we last cached it. To see what might have changed (without the highlights), go to the current page.
You searched for: what does phalangium mean in english words We have highlighted matching words that appear in the page below.
Bing is not responsible for the content of this page.
Covid: Ireland faces further restrictions if numbers don’t improve, says Holohan

Just click on “Allow Notifications” on the message appearing on your browser to activate them.

We will send you a quick reminder in the future, in case you change your mind.

The INTO said 9,000 had tested positive for coronavirus which means there are thousands more asymptomatic children. Photograph: iStock

Chief medical officer Tony Holohan has said Nphet may be forced to give “difficult advice” to the Government if Covid-19 cases continue to rise.

Dr Holohan warned that the Government cannot make people observe restrictions and it was up to the public to make changes which will bring about a reduction in transmission of Covid-19.

He told RTÉ Radio’s Morning Ireland that Nphet will monitor the situation closely this week and that it is important to see signs of improvement.

If that is not the case “if we think it is necessary to give difficult advice, then we will do so” though he stressed that it is too early to say if the present round of restrictions are working.

If people have symptoms they should isolate and get a PCR test and close contacts should restrict activities for five days. It was important that the public trust the medical and expert advice, he said.

Dr Holohan said he agreed with the request that health care staff who were close contacts should continue to work. It was important to protect the healthcare system to ensure that services were available. Most of the staff within the health system had been vaccinated and were younger, he added.

The recommendation for the public that if they could they should work from home was important, he stated, to cut down on activity.

It should not be acceptable that there were 125 people in ICU dependent on very intensive support because the health system was so severely impacted. But this was also the situation in other countries such as Austria where they had more intensive care beds but they were still dependent on restrictions.

Dr Holohan said Nphet had always acknowledged that antigen testing had a role to play, but the problem was that people were not using rapid testing correctly. A survey revealed that one in five people were using antigen tests each week and that only a third of those who tested positive had gone on to get a PCR test.

If people had symptoms they should get a PCR test, he urged. If there was a negative result in an antigen test, it did not mean that a person did not have the disease. The data showed that the public did not understand the advice on the correct use of antigen tests or how to use them properly.

Dr Holohan said he understood the concerns of the Irish National Teachers Organisation (INTO) and appealed to parents not to send their children to school if they had symptoms, the responsible thing to do was to keep them at home.

The booster campaign would be rolled out following Niac recommendations starting with older people, then those with underlying conditions and eventually on to those who were lower risk. Dr Holohan said he would not be surprised if Niac extended the range of groups to whom the booster should be given.

In a separate interview on Newstalk, Dr Holohan admitted that the midnight closing time in itself would not reduce numbers, but it “sends up a signal” that the situation is still serious. “This is a preventable respiratory infection,” he said.

Minister for Higher Education Simon Harris said he was “encouraged today by the words of the CMO”, adding there is “nothing inevitable” about the spread of Covid-19.

He said the Government needed to get on top of the question of antigen testing. “There’s two parts to that, there’s an issue around subsidy and cost, the Minister for Health will address that, and I’m sure will bring a proposal to Cabinet, I hope tomorrow,” said Mr Harris.

The second part was a plain language information campaign which would inform people about when and how to use an antigen test.

The general secretary of the INTO claimed that schools have been abandoned by the Department of Health.

There were more children at home now because of Covid-19, John Boyle said, 9,000 had tested positive which meant there were probably 13,000 to 14,000 more who were asymptomatic.

Mr Boyle told Newstalk Breakfast that 605 primary school teachers had tested positive for Covid-19 over the past two weeks which was leading to a shortage of teachers and meant that children were missing school.

“We are looking for solutions, but they have to come from the Department of Education and public health who have abandoned schools,” he said.

The fourth wave of the disease is leading to the cancellation of much elective surgery in hospitals.

Intensive care consultant Dr Andrew Westbrook has described the cancellation of a transplant operation at the Mater Hospital last week as “symptomatic” of the crisis caused by the lack of ICU beds.

The cancellation was symptomatic of the fact that the intensive care system in Ireland was under-resourced. There should be at least 550 ICU beds in the country, that was according to a report published 12 years ago, he said.

There had been a “slight increase” of 50 beds over the past year, there needed to be at least another 150 to 200 intensive care beds, that would just bring Ireland up to the “average” level in Europe.

“If we had that bed stock we could provide care for more acutely ill patients,” he stated.

Dr Westbrook pointed out that for every intensive care bed there had to be a fully trained team including at least six nurses.

Ministers are expected to consider retaining higher rates of financial supports for businesses at a special meeting today, in light of the deteriorating Covid-19 situation.

The Cabinet subcommittee on economics will receive an update on financial supports amid widespread infections across the State and new restrictions being imposed on businesses, particularly in the hospitality sector.

Industry sources said restaurants, hotels and pubs had been hit by a huge number of cancellations of Christmas parties.

While a proposal is anticipated in relation to the employment wage subsidy scheme (EWSS), a number of sources said they did not expect the Government to reverse reductions in pandemic unemployment payment (PUP) from €250 a week to €200, which kicked in last week. Opposition parties have been calling for the higher rates to be restored.

The EWSS gives businesses impacted by Covid-19 a subsidy per employee to help keep them in work. Payments for each employee are due to fall to €203 per week on December 1st, from the existing rates of €250 and €350. For those receiving €203 at present, this is due to fall to €151.

The subcommittee – which includes the five most senior ministers in Government – will discuss putting a stay on those reductions until after the Christmas period.

Stay on top of the latest newsSIGN UP HERE

Everything you need to know about the Covid-19 outbreak

More from The Irish Times

Fintan O’Toole: Every woman walks around with a mental Geiger counter; no man does

Gerry Thornley: Ireland need to get in line and open turnstiles for Six Nations

‘Digitalisation makes things simpler and changes the way you do business’

How language research is changing lives in Northern Ireland

Setting out a roadmap to zero carbon with solar

Stay on top of the latest news with our daily newsletters each morning, lunchtime and evening 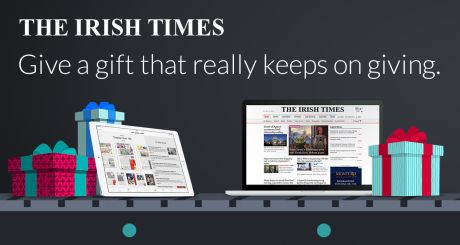 Most Read in News

Inside Politics - Ask us anything 2021 - listener questions answered 42:33

Brexit What happens now and what does it mean for Ireland? Full coverage here

Irish traders on a year of Brexit: ‘It is a pain in the backside’

4:21 Biden under pressure as Covid test supplies dry up

Miriam Lord: Between the headline atrocities men seem to quickly forget all that women said

Coronavirus Explore our guides to help you through the pandemic

Images of the Day

Unfortunately USERNAME we were unable to process your last payment. Please update your payment details to keep enjoying your Irish Times subscription.