You have reached the cached page for https://gadgets-reviews.com/review/1767-best-voice-translator-devices.html
Below is a snapshot of the Web page as it appeared on 1/22/2022 (the last time our crawler visited it). This is the version of the page that was used for ranking your search results. The page may have changed since we last cached it. To see what might have changed (without the highlights), go to the current page.
You searched for: what can you do with a translation device to computer online jobs reviews We have highlighted matching words that appear in the page below.
Bing is not responsible for the content of this page.
12 Best voice translator devices on the market in 2021

12 Best voice translator devices on the market in 2021: Comparison Table

Science fiction has been promising us with instant translators since, well, ever. Though it's seemed a distant fantasy, now droves of sleek handheld language translators have hit the market.

How do translating earbuds work? It's quite simple, really. All you need to do is set the two languages in the app. Then, each person inserts the earbuds in their ears and speaks in their language. The device will provide a translated version of the conversation through the earpiece. In fact, you get a full-fledged assistant that delivers real-time translations in the most comfortable way. The majority of good-quality translator earbuds can filter through input noises as well as have speech and language recognition features. Also, advanced translator earbuds allow the users to speak multiple languages and can unerringly distinguish between them.

While there are a number of brands in the market, I’d like to elaborate only on one of them — Timekettle. Founded in 2016, this Shenzhen-based private company focuses on the development of AI translators with the use of cutting-edge technologies. At present, the company offers four earbud translators at price ranging from $99 to $199 as well as two models of Zero portable translators for $79. A distinctive feature of Timekettle translators is that they can automatically identify a specific language in real-time and start interpreting, without the need for the user to push a button.

With a weight of just 64 grams, the M2 wireless translator earbuds provide superior sound quality and allow you to communicate naturally and freely. This is a two-way online translator that can use Wi-Fi or a cellular network. The device supports 40 languages and 93 accents including Arabic, Japanese, Hebrew, and many European languages. It can also be used in an offline mode, but with a limited set of languages for translation. Timekettle M2 connects to more than a dozen high-speed servers worldwide, something that gives it another edge over competitive products. Made with the Qualcomm Bluetooth 5.0 chip, the M2 wireless translator has the added benefit of playing music and phone calls.

What I particularly like about this product is that earbuds last for as many as 6 hours on a charge, while a full recharge time is only 90 minutes. With the portable charging case, playtime is extended up to 30 hours. This is crucial for both travelers and those who attend long-hour events and talk there with foreigners. Another feature that I like very much is the remote mode that enables up to 40 people to simultaneously join the chat. You just need to choose the default language into which the whole conversation will be translated. On top of that, this product features an ergonomic design and an IPX4 water resistance rating, which means protection from sweat and splashes.

The major perk of the WT2 language translator is the Simul Mode allowing for simultaneous two-way translation. Using this mode, you can speak non-stop and the other user will hear the translation continuously. This feature is very helpful during negotiations and will be highly appreciated by businessmen. Another advantage of this model is dual noise reducers. Adaptive Noise Cancellation and Adaptive Beamforming Algorithm technologies make the sound clear and minimize the background noise. That said, the WT2 model has some drawbacks as compared to the M2 Translator Earbuds. It cannot play music and phone calls and has a shorter earbud battery life of up to 5 hours.

Like the M2 model, this device also can translate conversations both online and offline, with online translation supporting 40 languages. Both products have a maximum connection distance of 10 meters. The gadget offers 3 modes intended for different situations. In addition to the above-mentioned Simul mode, it has the Touch mode and Speaker mode. The former activates the translator upon touch while the latter lays your translated speech through the speaker on your smartphone. What separates this mode from others is that only one person needs to wear the earbud.

Although this device does not belong to the category of voice translator earbuds, I’d like to mention it as a great budget-friendly alternative from the Timekettle brand. To begin with, it comes in two versions — for iOS and Android systems. The Zero model provides two-way translation into 40 languages and has three modes to choose from: a translation mode, a meeting mode, and an interview mode.

For the translation mode, just plug the device into your phone and put it at the right angle. The translated results will appear on your smartphone’s screen. In the meeting mode, the gadget records voices and has the advantage of being able to distinguish between up to 4 speakers. The interview mode instantly records the conversation, separating the voices of the interviewee and interviewer, and then converts them into text. The Timekettle Zero weighs only 6.6 grams and is built with 4 microphones.

Through the power of high speed data, electronic translators today use artificial intelligence systems in order to effectively translate words. Since the AI is connected to the cloud, there is almost no limit to the number of languages that can be translated between speaking partners.

To get started, most handheld translators feature a central LED screen and press button. You need to speak at the device when pressing the button, which will instantly translate any words, phrases, and context-specific grammar.

No matter the setting, these devices will seamlessly translate your words into both text and spoken word. These fast translators help speaking partners to develop rapport and human connection much more quickly.

We've chosen two of the most popular handheld translation devices for review. Depending on your needs, the right handheld device for you may need iOS porting capabilities and data-free use.

The Pocketalk is multi-language, two-way voice translator that allows you navigate through foreign countries with ease. The sleek handheld device gives you the opportunity to make real, authentic connections with those that speak different languages.

Using a patented voice translation system, the Pocketalk can translate up to eighty-two distinct languages seamlessly. Better yet, the system is being improved through cloud-based updates all the time, meaning the Pocketalk is consistently learning more language.

The built-in, two year data plan lets you communicate confidently in over 133 countries. Anywhere a signal is available, you can use the Pocketalk to conduct a conversation.

Customers appreciate the accurate and speedy translation the Pocketalk completes. Often, culture-specific swear words, jargon, and slang is preserved if an equivalent turn doesn't exist in your home language.

Based on independent surveys, the Pocketalk was voted the #1 best handheld translator in Japan.

The CM is paired with some of the most popular languages on the CheetahTalk app, including English, Spanish, Chinese, Japanese, Korean and Thai.

With ultra-long battery life, the CM can last up to 180 days of standby time and two weeks of constant use. It's possible to translate, learn, and make lasting connections without having to work about a finicky battery.

Customers think the CM works great for practicing languages between speaking partners, since the system provides instant two-way translation. Fun conversations don't have to be hampered any longer by gaps in understanding.

Products with a 5-star rating


Are Translator Devices Worth it in 2020? Testing it in Japan

0 #1 MR — john beckett 2021-09-21 17:17
1) The tuition recordings seem to be useful, but the unnecessary background music is louder than the instructor's voice on every occasion, making the instructions inaudible and pointless.
2) At no point is the speech output of the machine demonstrated!! it's no good to tell us how good it is with accents and so on, if you aren't prepared to demonstrate it. We must assume this shows lack of confidence in the product!
Refresh comments list 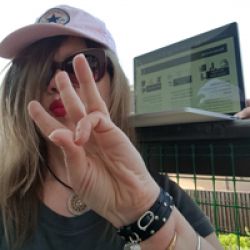