You have reached the cached page for https://www.cbr.com/batman-times-worlds-greatest-detective-times-clueless/
Below is a snapshot of the Web page as it appeared on 7/22/2021 (the last time our crawler visited it). This is the version of the page that was used for ranking your search results. The page may have changed since we last cached it. To see what might have changed (without the highlights), go to the current page.
You searched for: what are the reviews for pet detective episodes We have highlighted matching words that appear in the page below.
Bing is not responsible for the content of this page.
5 Times Batman Was The World’s Greatest Detective (& 5 Times He Didn’t Have A Clue)
By Julian Beauvais Published Nov 17, 2019
Email

Batman is many things - billionaire, philanthropist, expert martial artist, and genius to name a few - but perhaps his most well-known attribute is that of detective. As a matter of fact, he’s touted as the World’s Greatest Detective and is often referred to as simply, “Detective,” by one of his greatest adversaries, Ra’s Al Ghul.

Although his reputation is well-earned through the tough cases he has solved, his track record also includes some rather embarrassingly obvious obliviousness that defies his reputation. Here are 5 times Batman was the world’s greatest detective and 5 when he didn't have a clue.

When the Hyperclan first appeared as alien benefactors to the Earth, the people of the planet began to favor them greatly, even over the Justice League.

That the Hyperclan were not the altruists they claimed to be was evident early on in Grant Morrison’s first JLA arc, but there was still a big mystery surrounding who they were and what were their motivations. Batman was the first to deduce that they were actually shape-shifting White Martians, and proceeded to use their weaknesses against them: he beat the tar out of four of them using nothing but some gasoline, a match, and his fists.

Batman: The Long Halloween was set early in The Dark Knight’s career, when the mob was suffering under Batman’s efforts and his rogues had yet to claim their stranglehold on Gotham.

Testing Batman’s prowess as a detective was a series of mob-related murders being perpetrated on major holidays. With the body count stacking up, Batman rushes to find out who the mysterious serial killer 'Holiday' is, and why his targets are notable mob figures.

Running the gamut of possible suspects, Batman couldn’t find the killer until he confessed himself, as Alberto Falcone, son of mob boss Carmine Falcone. Even at that, Batman had no clue that there were, in actuality, two Holiday killers, the other being Harvey Dent’s wife, Gilda.

Ra’s Al Ghul is undoubtedly one of the best Batman villains ever created, a dark mirror of the Dark Knight as it relates to physical prowess and intelligence. As a matter of fact, in their first encounter, Ra’s had correctly deduced Batman’s true identity and enlisted him to help find the kidnapped Robin and his own daughter, Talia.

RELATED: Batman: The 10 Most Mysterious Things About Ra's Al Ghul & His Family

The search for the third-party kidnapper took Batman and Ra’s all over the world, where the Dark Knight ultimately revealed the truth he’d deduced about the kidnapping: Ra’s had been the one to capture Robin, in an effort to see if Batman was worthy of being his heir!

In Batman: Year Two, The Reaper, Gotham’s first vigilante, returns to Gotham to fight criminals (and Batman) with deadly justice. Concurrently, Bruce falls in love with Rachel Caspian, a noviciate whose father, Judson, has just moved back to Gotham.

That Judson was The Reaper was revealed to the readers in the first issue of the arc, (along with the fact that his wife was murdered in front of him and Rachel) but Batman did not figure it out until The Reaper was literally unmasked at the climax of the arc. Perhaps deducing that your girlfriend’s father, (who has coincidentally moved back to town at the same time The Reaper has reappeared and who you know was traumatized by violent crime), was The Reaper should have been easy for the ‘World’s Greatest Detective.’

Those disappointed with the DC Universe’s cinematic outings should check out the original animated series (Batman: TAS, Superman: TAS and Justice League) for some quality instances of character and plot development. In a three-part episode of Superman: The Animated Series, the Man of Steel and the Dark Knight meet for the first time, and team up to take down Lex Luthor and the Joker.

RELATED: 10 Most Underrated Episodes Of Batman The Animated Series

Before they do so, they figure out each other’s identities, with Superman using his x-ray vision to peek under Batman’s cowl, and the Dark Knight using a tracer on Superman’s cape to follow him to his civilian home. Not the most exhaustive use of his detective abilities, but one that seems to have eluded the Man of Steel’s enemies for 80 years.

The Nolan Batman films are arguably the best version of the character and his world to hit the big screen. However, if there’s one valid criticism to be leveled against the films, it’s that the Dark Knight really doesn’t showcase his detective skills throughout most of the narrative, often seeming one or two steps behind his adversaries, instead of the usual three or four steps ahead.

Perhaps this was done for dramatic license to keep viewers in suspense, but scenes in which a dumbfounded Bruce Wayne confronts a Henri-Ducard-revealed-to-be-Ra’s-Al-Ghul in Wayne Manor in Batman Begins do not do his reputation as the World Greatest Detective any service. A man worthy of that title would have seen through Liam Neeson’s deception way before this supposed “big reveal.”

When the New God Orion died at the hands of a mysterious assailant in the opening pages of Final Crisis, the Green Lantern who found the body, John Stewart, brought it to Batman for forensic analysis.

In and of itself, the fact that a space-cop with a literal galaxy full of resources would opt to give a mortal full reign in investigating the murder of a God speaks volumes for Batman’s reputation as a super-sleuth. Moreover, his ability to deduce that Orion was actually shot by a time-traveling bullet, and then using that bullet to wound Darkseid, was an act of genius.

One of the more popular storylines of the early 2000s was the Jeph Loeb written/Jim Lee penciled Hush. Opening with Batman being mortally wounded and needing emergency cranial surgery, the storyline introduced Thomas Elliott as Bruce Wayne’s childhood friend and ER surgeon. As the story progresses, a conspiracy involving most of Batman’s more notable allies and rogues unfolds under the machinations of the mysterious villain Hush, leaving Batman wondering who the villain is and why he wants vengeance on him so badly.

Granted, the reveal was both obvious and not, and Batman was under the influence of subliminal messaging, but the identity of Hush should have been easier for a detective of his caliber to deduce.

When Grant Morrison took the reigns on Batman, he promised the definitive tale of the Dark Knight, a perfect examination of what makes the Batman who and what he is.

He did not disappoint. In Batman: R.I.P., Bruce Wayne’s struggles with the diabolical Black Glove deconstructed Batman to his core elements. Despite the machinations of Jezebel Jet and Dr. Hurt to destroy Batman’s sanity and his world through subterfuge, Bruce Wayne foresaw their deception and prepared against it, leading his enemies to believe they had him buried and gone.

Literally rising from his own grave, Batman enacted his contingency plan and defeated the Black Glove on the eve of their (believed) triumph, having deduced all their identities and motivations. In this act, he proved the Joker’s assertion that “every single time I try to think outside his toy box...he builds a new one around me.”

1 CLUELESS: Who is the Joker?

Despite the current popularity of Arthur Fleck, the Joker’s identity for the majority of his history has been unknown. Yes, the arch-nemesis of the WORLD’S GREATEST Detective, who has maimed and killed a large majority of his friends and allies, is UNKNOWN.

Perhaps Batman’s inability to figure out the Joker’s identity may have been forgivable in the past, when forensic science and record-keeping were in less developed stages, but with the latest technology and techniques in both fields available to the WORLD’S GREATEST Detective, it shouldn’t take a ride in a Mobius chair to determine the Joker’s identity, even if there are 3 of them. 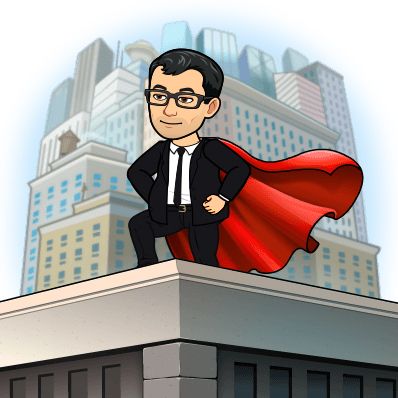 Julian Beauvais has been a full time educator for the last 15 years and part-time content writer, editor and proofreader for several online companies for the last 7. His interests are varied and eclectic: European literature, ancient and 20th century history, existential philosophy, comic books, film, gaming, travel, physical fitness, wildlife conservation, martial arts, heavy metal music, 80's trivia, early Hungarian cabinet-making and obscure movie/TV show references round out his most frequently visited passions. His sense of humour, much like his personality, is dry and sardonic, while simultaneously self-deprecating and self-aggrandizing; no mean feat, in all humility. When not teaching, writing or training, Julian can be found contemplating the meaning of existence or planning his next trip to the UK in his backyard, over a mug of coffee, snoot of scotch, or leftover dishwater.

10 DC Villains Who Could Take On The Avengers

Family Of Steel: The 10 Most Powerful Superman Family Members, Ranked

Mouse Guard: The Owlhen Caregiver Illustrates the Power of Community

Taiyo Matsumoto's No. 5, Vol. 1 Is a Confusing Superhero Manga for Most Tastes

DC: 10 Heroes Who Would Be A Better Boyfriend Than Batman

10 Of The Best Hack/Slash Comic Stories

Read Next in comics

Marvel: 10 Saddest Tragedies In The Comics