You have reached the cached page for https://www.oasdom.com/list-all-african-countries-capitals/
Below is a snapshot of the Web page as it appeared on 10/20/2021 (the last time our crawler visited it). This is the version of the page that was used for ranking your search results. The page may have changed since we last cached it. To see what might have changed (without the highlights), go to the current page.
You searched for: what are the names of all the african countries in europe We have highlighted matching words that appear in the page below.
Bing is not responsible for the content of this page.
List of All African Countries and Capitals In Alphabetical Order - Oasdom
Wednesday, October 20, 2021
Sign in
Welcome! Log into your account
Forgot your password? Get help
Password recovery
Recover your password
A password will be e-mailed to you.

Africa as a continent is the home of all African countries (from North to South and East to the West).

Have you ever imagined how the word “Africa” got into existence? Well, as of today no one knows.

Scholars say it can be traced to the Egyptian word “afru-ika” meaning “motherland” or Phoenicians word “afar” meaning “dust”.

Also from the Latin word “aprica” meaning “sunny” and the Greek word “aphrike” meaning “without cold.” 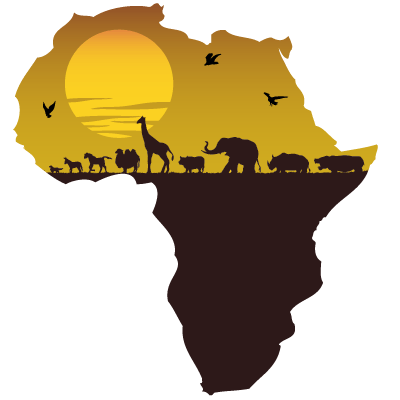 The tradition and culture in all African countries aren’t just unique but also fascinating.

Interestingly, there are more than 3,000 different ethnic groups with unrelated things in common in terms of art, crafts, religion, clothing, cuisine, music, folklore and languages.

When compared to other nationalities on the list of all countries in Asia, Africa, the second largest continent on earth is the richest in terms of natural resources. This includes the two most profitable resources – gold and diamond.

In this continent, we have platinum (used in jewelry and industrial application), uranium (used to produce nuclear energy), nickel (used in stainless and steel), oil and also arable land for agriculture but the continent is the poorest in terms of wealth.

Must Read: 14 Great African Heroes of all times – Don’t assume you know

How Many Countries in Africa Does Exist?

Well you don’t have to give yourself a hard time on that because I got your back on the exact number of countries in Africa.

Did you know that Morocco before 2017 wasn’t part of the African Union? There’ was a claim as the rightful authority on the territory occupied by SDR which has caused chaos among the nations until 1979 when peaceful agreements were signed by both parties.

In 1976, SDR was established and ever since only a few international nations have recognized the nation.

Members of the Africa Union became 54 after Morocco joined in January 2017 and the United Nations recognized all African countries as its member except SDR which the UN is yet to recognize.

Also Read: The slogan of all states in Nigeria and their capitals

List of All African Countries and Capital in Alphabetical Order

Quick Note: Ethiopia and Liberia are the only countries in all African countries that were not colonized during the scramble for Africa which was between 1876-1914.

Here’s a list of all African countries and capital according to the Africa Union (AU) and United Nation (UN).

All African countries in the region share mostly similar culture and traditions. The largest ethnic groups in the Northern part of Africa are Arabs and Berbers with Muslim majority.

Egypt takes the most populous country in the region and the fact is, only Egypt out of all African countries is considered to be transcontinental, while the larger part in North Africa and remaining in the western part of Asia.

East Africa consists of 20 countries. Burundi and Rwanda are member of EAC (East African Community) but also considered as Central Africa, Djibouti, Eritrea, Ethiopia and Somalia are known as horn of Africa.

You can consider Ethiopia as first Africa country to defeat the European colonial powers to retain independence and is considered as the oldest independent African country.

Also known as West of Africa, this region consists of over 400 million people, with French and English being the two most spoken official languages in the region.

Among all these countries, Nigeria is a giant when it comes to fashion and style, music and entertainment, economy, cultural heritage and more.

The regional organization in West Africa is ECOWAS which consists of 15 countries excluding Saint Helena and Mauritania.

Southern Africa or South of Africa is divided into five countries; Botswana, Lesotho, Namibia, South Africa, Swaziland according to the United Nation’s list.

The region’s major economic activity is exporting of natural resources like gold, diamonds, platinum and uranium.

Central Africa or middle of Africa consists of two most spoken languages; French and Sango with Bantu being the most populous people in the region.

Countries in central Africa have many cultural relationships in common which includes music, dance, art, marriage and many more.

Lake Chad serves as economic importance to the region because most people in the region are farmers, fishermen and herdsmen.

Did you know that none of these African countries made it to the list of top ten countries in the world?

Here is the list of all African countries on the map.

Also Read: The Nigeria map with states and the FCT

So, How Many countries In Asia?

Asia is the largest continent with over 4.5 billion population covering over quarters of earth’s land area.

The continent consists of some developed countries on earth today, totaling 49 countries according to UN list.

In fact, most religions were given birth in the continent which includes Islam, Christianity, Buddhism, Judaism, Hinduism, Sikhism, Jainism and so many other religions. The continent is one of the fastest growing continents in the world.

Also Read: The Population of each state in Nigeria

All African Countries and Capitals (Summary)

It goes without saying that each of these African countries has a very vital role to play to develop the continent.

However, unity should be the greatest weapon to tackle all African countries issues and conflicts.

Mark Angel Is the Newest 1xBet Ambassador In Nigeria

Who Will Win The 2020-21 NPFL Title Between Three Hopefuls?

A knowledge-driven hub dedicated to promoting self reliance & entrepreneurship. We provide series of practicable business, blogging and life advice to offline & online entrepreneurs, as we encourage business creation. Contact us: [email protected]