You have reached the cached page for https://bloody-disgusting.com/interviews/3683034/james-wan-ingrid-bisu-brought-malignant-killer-gabriel-life-spoiler-interview/
Below is a snapshot of the Web page as it appeared on 10/24/2021 (the last time our crawler visited it). This is the version of the page that was used for ranking your search results. The page may have changed since we last cached it. To see what might have changed (without the highlights), go to the current page.
You searched for: watch dungeon of desire We have highlighted matching words that appear in the page below.
Bing is not responsible for the content of this page.
Animatronics and Contortionists: How James Wan and Ingrid Bisu Brought ‘Malignant’ Killer Gabriel to Life [Spoiler Interview] - Bloody Disgusting

This article contains spoilers, including images. Be warned…

Director James Wan‘s latest, Malignant, has set the internet ablaze with his bizarre spin on Giallo, drawing heavy inspiration from his formative years as a horror fan discovering the genre’s weirdest and wildest offerings from the dark corners of a video store. Screenwriter Akela Cooper brought the campy B-movie fun to the page. The idea behind the story- and its memorable killer- started with Wan and actress Ingrid Bisu (The Nun, The Conjuring 3: The Devil Made Me Do It), who charms in the film as forensic officer Winnie.

Malignant opens to a hospital-set bloodbath in 1993, where a trail of slaughtered medical staff leads to an obscured vision of the movie’s killer, Gabriel. The horrified doctor orders the surviving team to prepare for tumor removal at once. Cut to the present, where a pregnant and abused Madison (Annabelle Wallis) takes a nasty bump on her skull in a fight with her husband, Derek (Jake Abel). She locks herself in her room and eventually falls asleep, where she’s plagued with horrifying visions of murder. Those visions become a regular occurrence; Madison sleeps, dreams of brutal deaths, and wakes to find blood on her pillow.

The killer is a grown Gabriel, and the third act reveals this peculiar, deformed killer as Madison’s parasitic twin. More specifically, residual parts of her parasitic twin stuffed away into her skull until her bump knocked him back to the surface. Gabriel then asserted control of Madison’s body to enact revenge, leading to a climactic fight for dominance from within.

Ingrid Bisu as Winnie in Malignant.

So, where exactly did the idea for this very malignant killer get its start?

“It came from me just saying I’m going to go back and do something smaller, like a little horror film after Aquaman. But I didn’t quite know what the story would be,” Wan shared. Bisu then sought inspiration, and she turned to a subject that profoundly fascinates her; medical anomalies.

Bisu elaborated, “I love watching documentaries about medical anomalies, twins, parasitic twins, teratomas. So that’s where this idea came from, I pitched it to James, and he said, ‘Wow, this is really interesting. How would that work?’ I went online, did all my research about it, and I found some crazy things.”

That research led her to a fascinating case that served as inspiration, “Edward Mordrake is a historical subject. I found drawings and stories about how he had a smaller head in the back of his head. This head would torture him or give him horrible thoughts and ideas. It whispered horrible things to him. Unfortunately, he did end up taking his own life. I felt like there was a lot of darkness there. It’s an interesting thing.” Bisu added, “Then I did the same with the parasitic twin, but I don’t recommend anybody researches this. It was hard to watch. A lot of them are infants. It’s heartbreaking, but it did give me the fuel of wanting to tell the story.”

That research prompted the decision to have Gabriel exist within Madison’s skull: “Parasitic twins and teratomas can show up in different places of the body. But the head to me is the most important because it’s the central base of your entire being,” Bisu explained.

Once Bisu and Wan locked down the idea of a parasitic twin as the killer, they started collaborating on how that would look. Bisu recounts how they experimented with movement, “We decided what if Gabriel not only exists there, but he takes over the body in movement, so he moves backward. We started experimenting with that. We looked silly, but I think it translated well in the picture.”

Wan shared that in Gabriel’s more physical, parasitic form, they turned to special effects, specifically animatronics, to bring him to life. You get a glimpse of those animatronics during the opening and the flashbacks on videotape. But for the movement-based scenes, multiple performers gave life to Gabriel. Most notably, contortionist Marina Mazepa.

The director elaborated, “Whenever Gabriel comes out of Madison and possesses her, it’s a combination of a bunch of people. First Annabelle Wallis’ performances, then we switched to Marina, who is this contortionist and dancer. She would study and create this new character in terms of her movement. Marina would wear an Annabelle Wallis mask on her face, and she would have an animatronic Gabriel in the back of her head. She would play out a lot of her scenes just backward, literally backward. I thought that I would have to shoot things in reverse and then play it forward. But I didn’t have to cheat and do any trickery because Marina did such an amazing job knowing how to move backward and rehearsing her movement. It was pretty interesting and amazing to watch when we were shooting it.”

Mazepa wasn’t the only memorable contortionist to play Gabriel, either. Bisu revealed modern horror mainstay “Twisty” Troy James as the other. Eagled-eyed viewers can pick out James’ portrayal of Gabriel in crucial scenes, like the murder of Madison’s husband, Derek. Bisu has nothing but effusive praise and awe for both James and Mazepa. “It was a combo of two of them. We met them, and they started demonstrating things in the office. It blew my mind. They really brought it. I feel like they made our vision come to life because we can only imagine so much of that movement, but neither of us can do it. Both of them are absolutely incredible.”

Here’s to hoping that Wan and Bisu collaborate on horror again in the future, and continue to take bold swings. In the meantime, horror fans can look forward to seeing Marina Mazepa as Lisa Trevor in the upcoming Resident Evil: Welcome to Raccoon City. 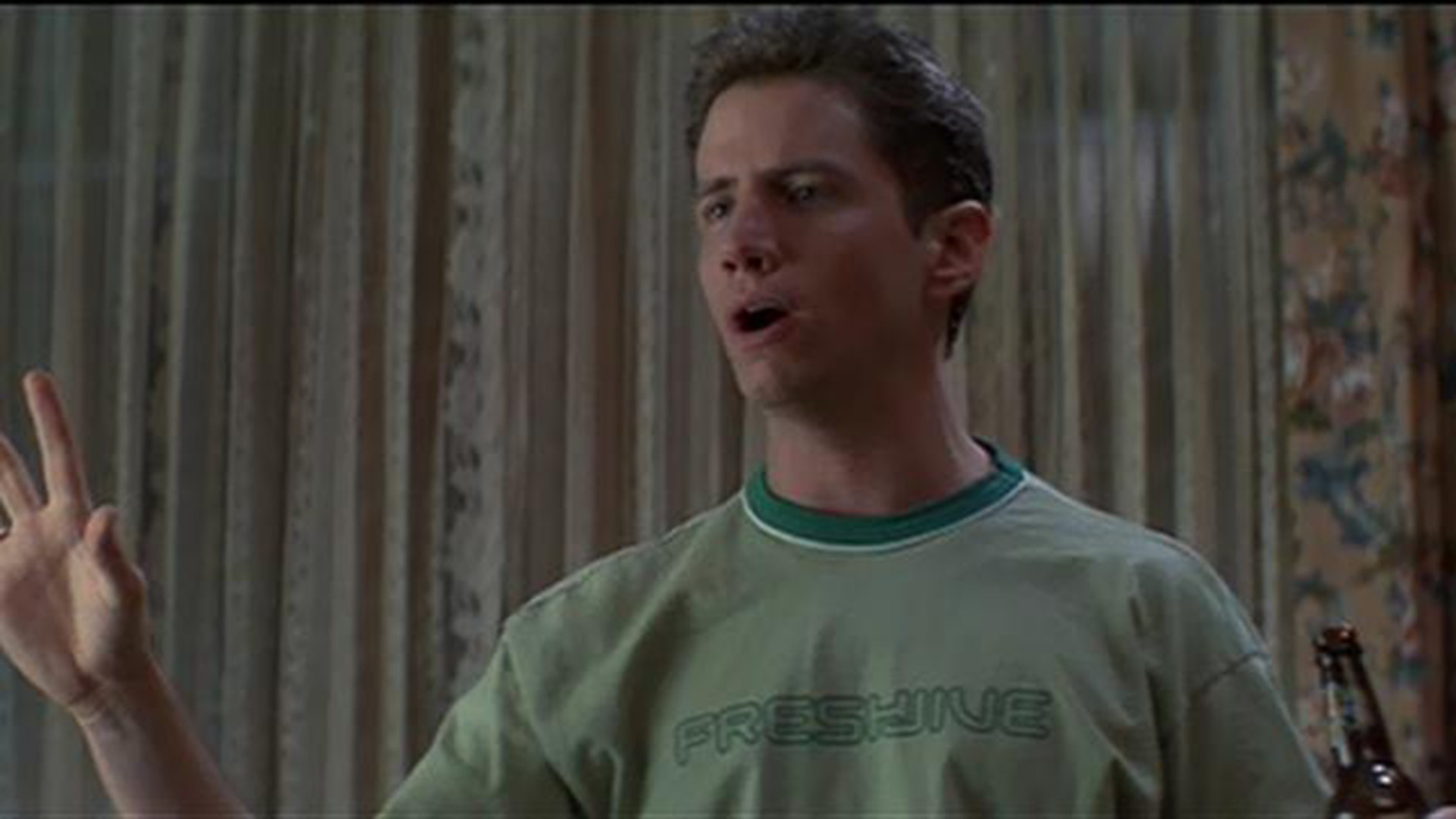 Wes Craven’s Scream is now available for the first time on 4K Ultra HD and in a newly remastered Blu-ray, packed with special features that examine the smash hit and its legacy. For its release, Bloody Disgusting chatted with actor Jamie Kennedy, who played fan-favorite film nerd Randy Meeks.

While Randy survived the events of Scream, the character wasn’t as lucky in the sequel, making for one of horror’s most lamented deaths of all time. In the nearly twenty-five years since release, Kennedy has had plenty of time to engage with fans and reflect on both Scream and Randy’s legacy.

On why the character’s legacy might be best served by staying dead, Kennedy explains: “Scream‘s becoming this pop culture lexicon, almost like a movement, and Randy’s death made a strong impact on people. It’s the brilliance of Kevin [Williamson]. You hate to see [Randy] go, but you loved him. His death is one of the reasons why Scream is Scream. The pain that death caused was what makes this series so impactful. But the audience feels muted, and they’re bitter about it.

“If there were a way to bring him back in a way that doesn’t dilute that, then that’d be interesting, but I don’t know how you would do that. He’s deader than dead. But yeah, people ask me that all the time, and I feel Scream is as relevant as it’s ever been in a crazy way.”

Kennedy also reflected on how he perceived Randy and what made him so savvy to the movie’s rules. “I thought of him as the gangly, fifth wheel. Stu had Tatum, and Sidney had Billy. And then, what was Randy? The best friend. He was friend-zoned. And Dewey was doing his thing with Gale, so, who would I have? I had the cameraman, Kenny. Randy really was on his own island, but that’s why he loves movies so much because they’re his safe place, his happy place. He can cope with life through movies and learn tropes of movies, tropes of life, through movies, really, and art imitating life imitating art. So, he realized that what was happening in front of him was something he saw in a movie, and he’s like, ‘This killer’s imitating movies, so we got to figure out what movies they watched to catch the killer.’

“It was incredible for me to be able to play that. I did a lot of research in terms of horror movies when I was doing this. I believe Quentin Tarantino could have been an inspiration because I feel like he’s one of our early filmmakers raised in a movie house. Then he made movies based on movies he loved, gave them his own spin, and made movies for people that loved movies. Do you know what I mean? That’s why his movies are so good because they’re so precise- because he’s a super movie lover. I think that’s what Randy is. Randy would probably be a screenwriter or want to be a director or something.”

On whether he researched the movies mentioned explicitly in the script or beyond, Kennedy elaborated, “I already saw Halloween a few times, and it’s such a good movie. It’s so good. It still holds up to this day. I watched Nightmare on Elm Street, Rosemary’s Baby, and The Exorcist. I already watched a lot of movies, but Randy was more like those classics, but he’s the type of guy that would know I Spit on Your Grave, the original Texas Chain Saw. He’s the type of dude that would know the fan film that inspired. I watched more stuff that was more low-key genre gritty to prepare. I saw a lot of the movies they reference, too.”

The cinematic landscape has changed dramatically since Scream‘s release, especially in a digital and social media-driven age. When asked what Randy would be like if Scream were made today and if he’d still be a savvy cinephile, Kennedy answers, “Oh, yeah, he would definitely be. He’d be mad if he were making movies because there’d be spoilers everywhere, tweets about it, or they would put it in their Instagram story. But he definitely would be savvy, and he would figure out how to use today’s different tools to make the movie he wanted to make. He’d probably say something like, ‘Oh, the killer’s leaving trails on Snapchat.’ Or, ‘Check his YouTube page.’ Or, ‘What’s his subreddit?’ He’d have to go into that. Right?” 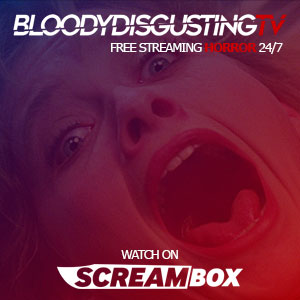