You have reached the cached page for https://www.imdb.com/title/tt0337585/
Below is a snapshot of the Web page as it appeared on 5/25/2021 (the last time our crawler visited it). This is the version of the page that was used for ranking your search results. The page may have changed since we last cached it. To see what might have changed (without the highlights), go to the current page.
You searched for: watch bomb the system movie We have highlighted matching words that appear in the page below.
Bing is not responsible for the content of this page.
Bomb the System (2002) - IMDb
FULL CAST AND CREW | TRIVIA | USER REVIEWS | IMDbPro | MORE LESS
0Check in
X I'm Watching This!
Keep track of everything you watch; tell your friends.

R | 1h 31min | Action, Drama | December 2002 (USA)
2:28 | Trailer
3 VIDEOS | 3 IMAGES
A tribute to graffiti art and the city where it all began. Blest, a 19-year-old graffiti writer, has just graduated from high school. With no ambition toward mainstream goals of work and ... See full summary » 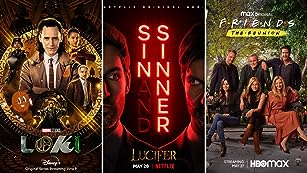 We've rounded up our most anticipated new and returning TV shows you can't miss, all premiering in summer 2021.

Here's What to Watch in June 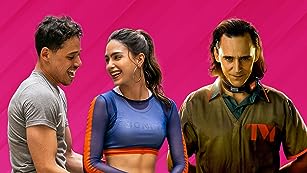 Discover something for everyone this month with some choice picks for the best movies and TV to stream in June.

Search for "Bomb the System" on Amazon.com

A tribute to graffiti art and the city where it all began. Blest, a 19-year-old graffiti writer, has just graduated from high school. With no ambition toward mainstream goals of work and family, he spends his time bombing the city with graffiti messages until he and his crew become the most wanted bombers by the corrupt NYPD Vandal Squad. He even attracts major media and gallery attention for his tags. Also part of Blest's crew are Buk 50 and his younger brother Lune, whose arrest and beating by the NYPD causes the crew to wage a full-on graffiti war against the city. As they fight with their spray cans and their tags, Blest meets a political activist, Alexandra. Soon after, Blest's relationship with Buk 50 and the crew fragments as Blest ponders his position in life. Written by David Kwok

Graffiti Can Be A Powerful Weapon

Rated R for pervasive language, drug use, some violence and sexuality/nudity | See all certifications »

When Blest and Buk meet up with Lune after running from Bobby and Shorts in the beginning, when they part ways and Blest shakes hands with Lune, you can see the line where the screen is split. Pay attention to Lune's arm, his forearm is lower than the rest of his arm. See more »

Slow starter gets interesting in the second half when 'tagging' turns to tragedy!
25 August 2005 | by SONNYK_USA – See all my reviews

The dedicated practitioners of graffiti art in New York City get dramatically profiled in a film shot 'guerilla' style late at night in order to simulate the 'danger' involved with the only art form that's against the law.

Stereotypical 'bad' cops continually stalk the intrepid band of 'taggers' while 'Blest' (Mark Webber) truly is the most artistically blessed member of the gang as he readies an art exhibit of his best work.

However, this film doesn't really become interesting until Blest becomes involved with 'Alexandra' (Jaclyn DeSantis), a political activist who anonymously paints the words 'Bomb the System' all over the city sidewalks using a cleverly modified shopping bag that has a stencil cut into the bottom.

As the police become more and more of a factor the dangers that Blest faces by hanging with his friends causes him to make some hard decisions. Worth watching for some great night shots of New York City and an amazing sequence on the top of the Brooklyn Bridge.