You have reached the cached page for https://cruiseradio.net/best-ways-to-get-from-vancouver-airport-to-cruise-terminal/
Below is a snapshot of the Web page as it appeared on 1/14/2021 (the last time our crawler visited it). This is the version of the page that was used for ranking your search results. The page may have changed since we last cached it. To see what might have changed (without the highlights), go to the current page.
You searched for: vancouver airport hotels with shuttle to cruise port We have highlighted matching words that appear in the page below.
Bing is not responsible for the content of this page.
Best Ways to Get From Vancouver Airport to Cruise Terminal

Connect with us
If you’re cruising out of Vancouver, chances are you’ll arrive by plane and need to figure out a way to get from the airport to the cruise terminal.  Luckily, there are several options, depending on your budget.

Best Ways to Get from the Airport to Cruise Terminal 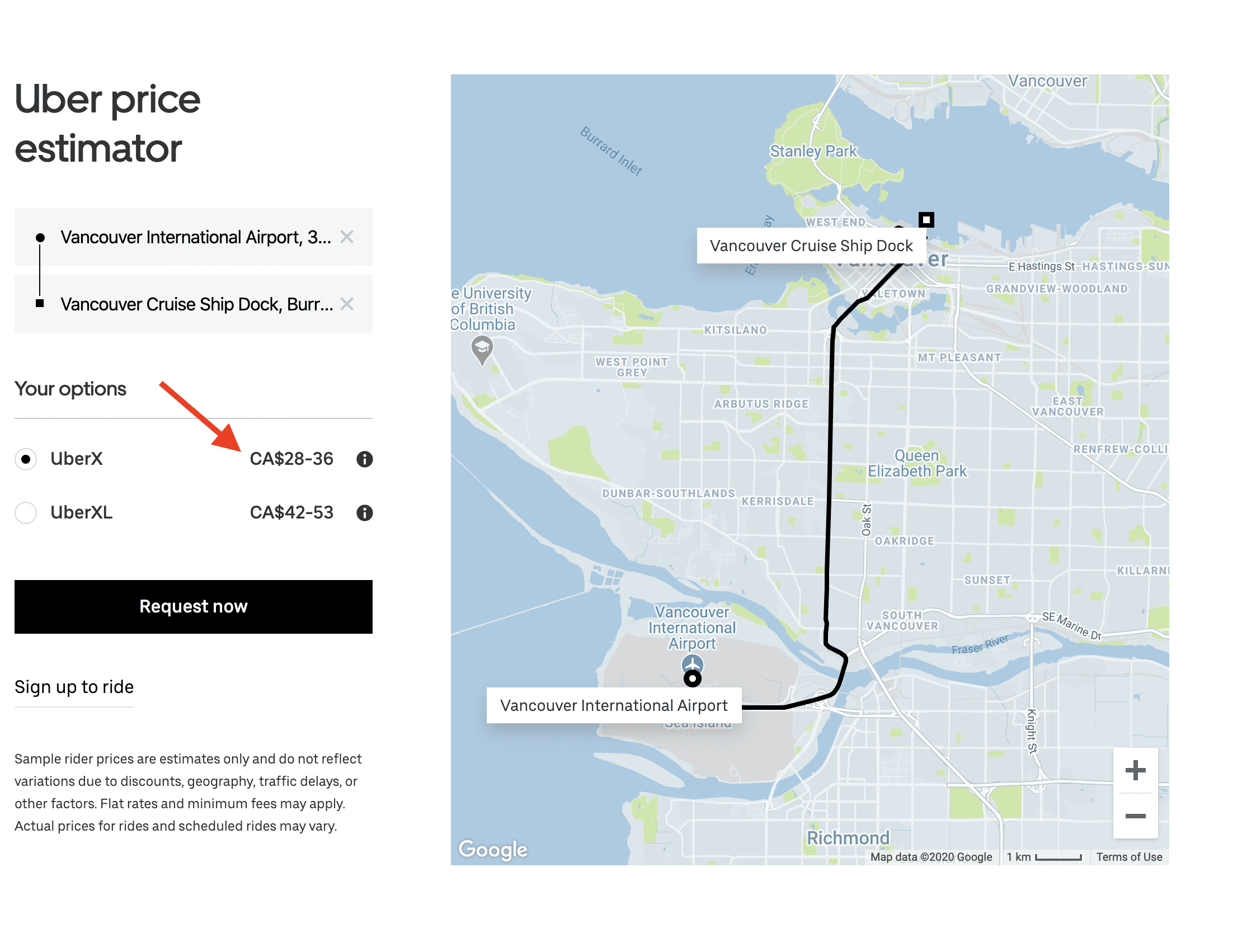 For years, taxi companies had Vancouver on lockdown, but as of January 2020, the Passenger Transportation Board approved ride-sharing in the city. Keep in mind you may need an international data plan in order to use a ride-sharing app without getting charged international data usage rates. The ride itself should take about 30 minutes or less.
Estimated fares 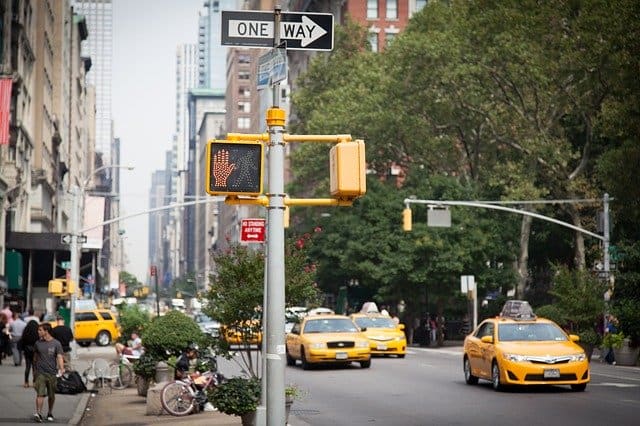 While taxis are no longer the only game in town, they’re still a viable and popular option for people wanting to make the trip to and from the airport. This is especially true if you don’t have international data to use on a ride-sharing app. Plus, there’s almost always cabs at the ready, whereas you might find yourself having to wait for an Uber or Lyft.

Worried about being overcharged? Don’t be. The fare is set based on zones, so you’ll know exactly how much you’re going to be charged.

To grab a taxi from the airport, leave the baggage claim area, walk out of the building and you’ll see a taxi queue. You simply hop in line and they will assign you the next available cab. Because Vancouver airport controls the taxi companies, you don’t have to worry about being taken advantage of. They also have signs posted explaining the various zones and rates.

Not going straight to the cruise terminal? You can find a zone map here with current rates.

Vancouver has a very intuitive rail system that is easy to navigate. The best part is you can take it right from the airport to the waterfront downtown. This option works best if you’re on a budget and don’t mind doing a little bit of walking.
To catch the SkyTrain, go to Level Three and you’ll find the train right next to the parking garage. You don’t have to worry about getting on the wrong train because there’s only one route that services the airport, Canada Line. This route will end at the waterfront where the cruise terminal is located.
SkyTrain Information
You can find more information about the SkyTrain and its route planner on Vancouver’s TransLink website. 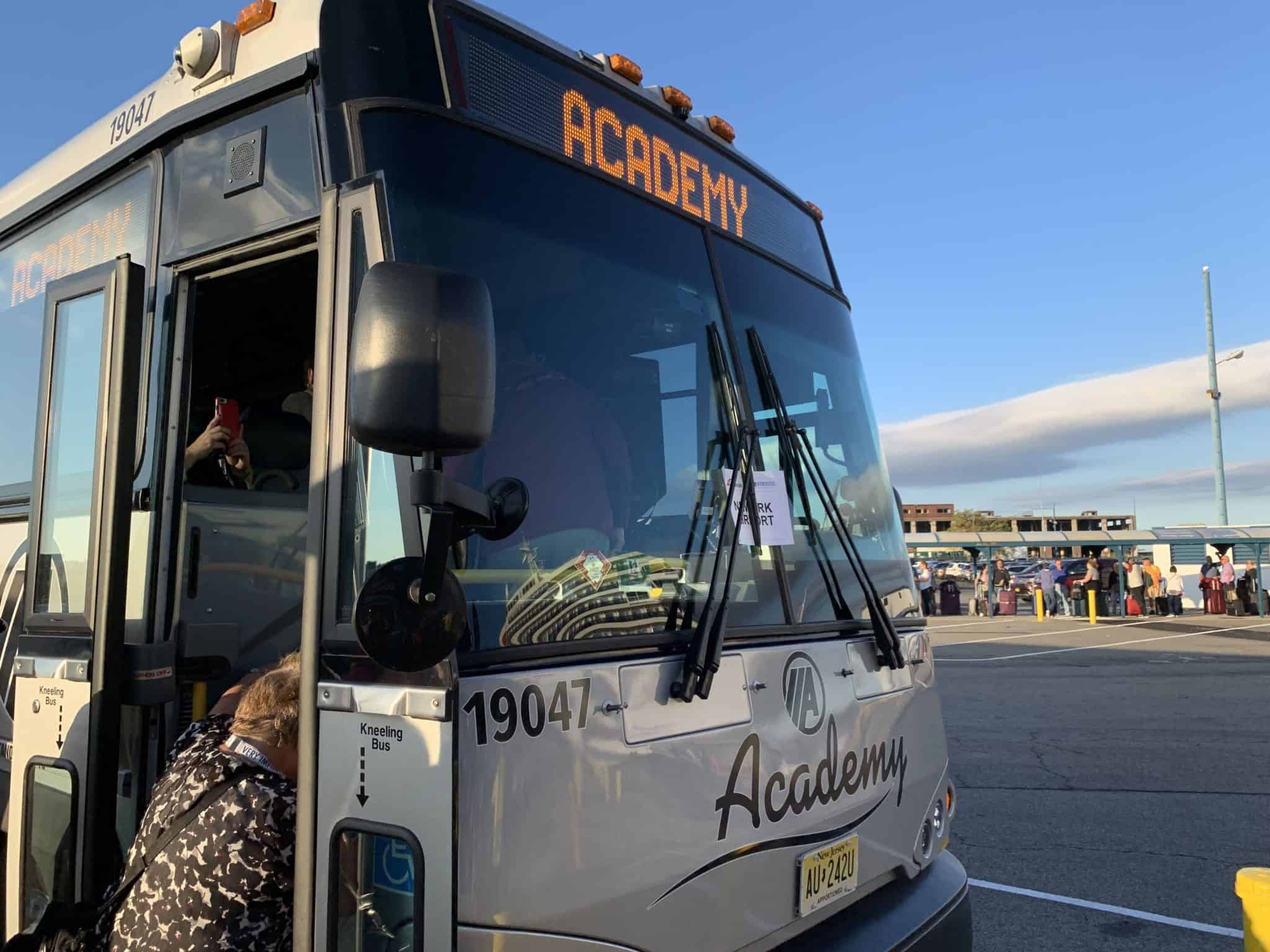 All of the major cruise lines offer transfer services from the Vancouver Airport to the cruise ship. Most, however, only offer this service on embarkation and disembarkation day only. In other words, if you’re flying in a day early, this option won’t be available to you.

Otherwise, this is the option many cruisers find to be the most convenient. Most cruise lines charge somewhere in the ballpark of $30 per guest (each way) and require that you purchase transfers in advance so they know exactly how many people will be using the buses. You can book the return transfer back to the airport during your cruise.

As an example, Carnival Crusie Line charges $27.99 per guest, each way. At that rate, it’s cheaper using one of the above methods if at all possible.

Keep in mind that the rates listed above are in Canadian dollars (with the exception of the cruise line transfer), meaning you’ll pay around 25 percent less.

View All Cruises
Powered by Cruiseline.com 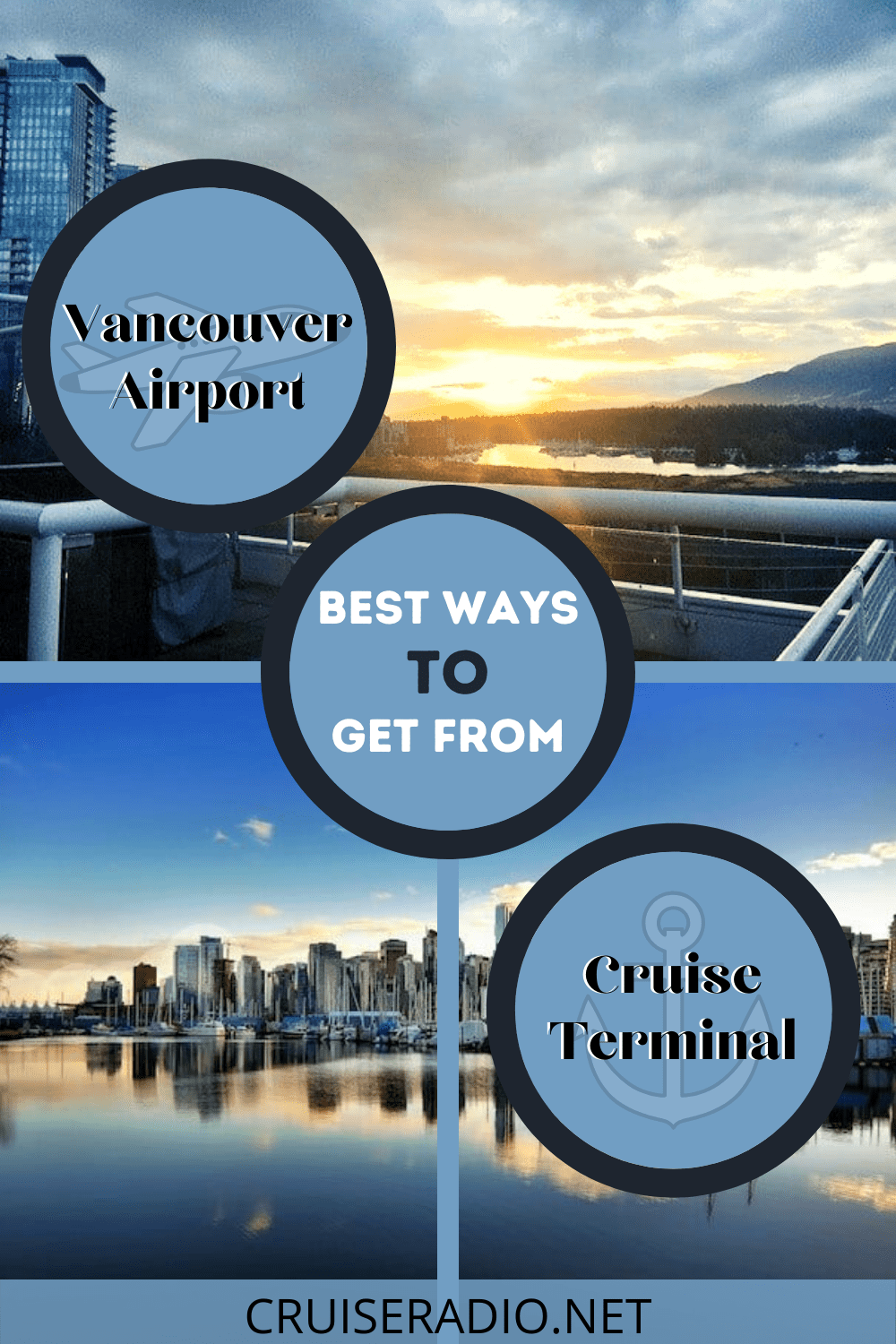 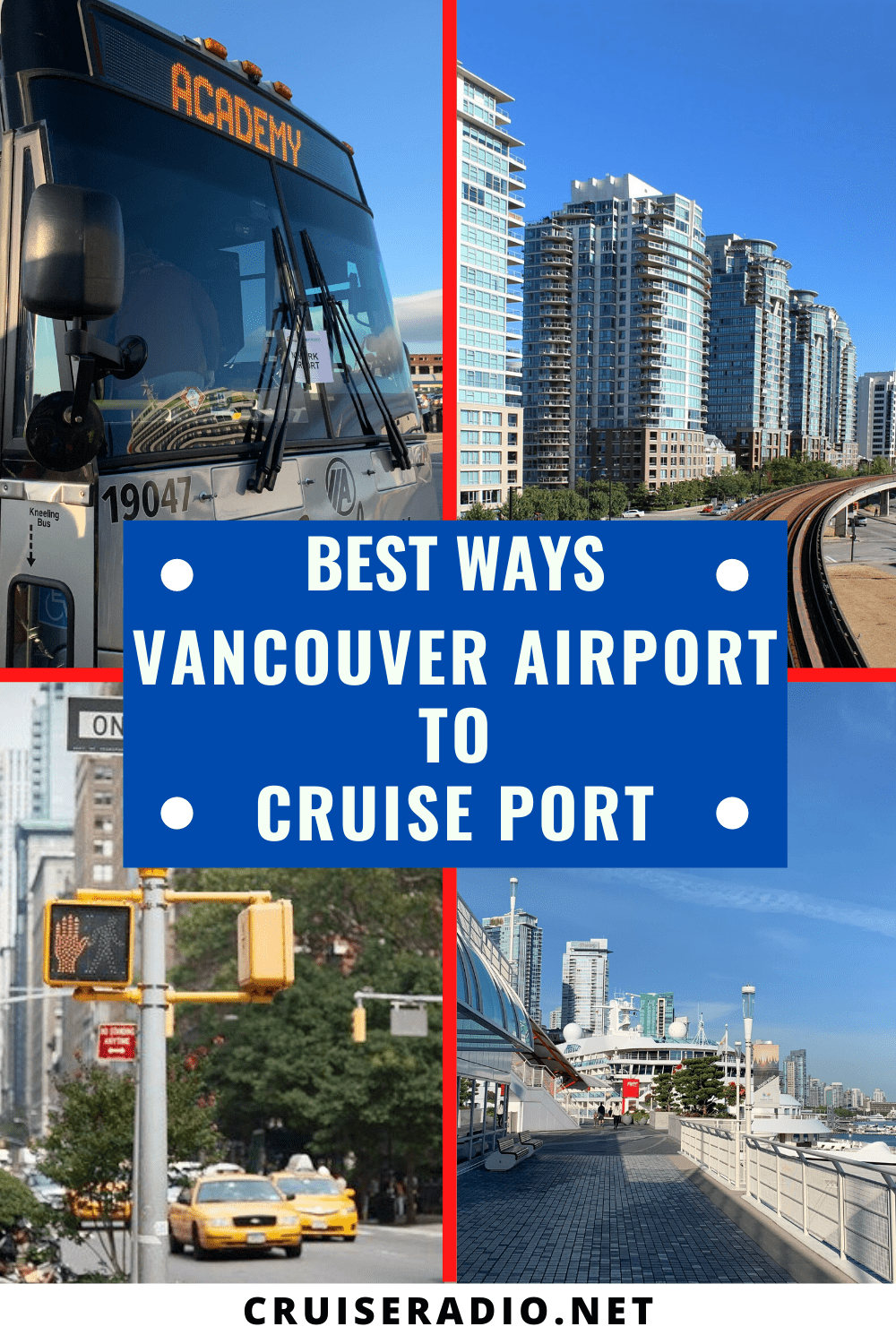 Related Topics:
Up Next

A Guide to Traveling to Cruise Ports in the U.S.

View All Cruises
Powered by Cruiseline.com

Send this to a friend
Hi, this may be of interest to you: Best Ways to Get From Vancouver Airport to Cruise Terminal. This is the link: https://cruiseradio.net/best-ways-to-get-from-vancouver-airport-to-cruise-terminal/