You have reached the cached page for https://www.rand.org/blog/2021/10/the-us-doesnt-need-more-nuclear-weapons-to-counter.html
Below is a snapshot of the Web page as it appeared on 1/17/2022 (the last time our crawler visited it). This is the version of the page that was used for ranking your search results. The page may have changed since we last cached it. To see what might have changed (without the highlights), go to the current page.
You searched for: us nuclear missile silo locations We have highlighted matching words that appear in the page below.
Bing is not responsible for the content of this page.
The U.S. Doesn't Need More Nuclear Weapons to Counter China's New Missile Silos | RAND
The RAND Blog 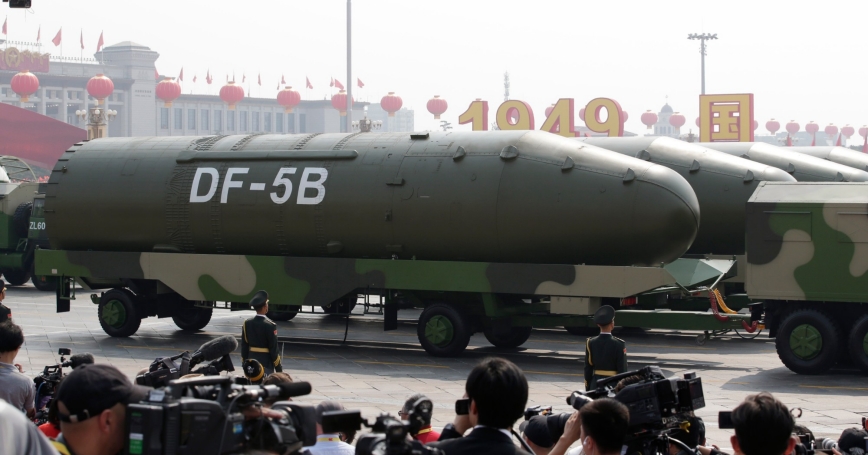 The discovery of what appear to be hundreds of new missile silos under construction in China has inspired arguments that imply the United States needs more nuclear weapons. Matthew Kroenig, a Defense Department adviser during the Trump administration, suggested in a recent Wall Street Journal op-ed that “the Pentagon should study whether it can meet its deterrence requirements with existing stockpile numbers” in case “an increase…is necessary.”

Senior U.S. military officials have also sounded the alarm. “We are witnessing a strategic breakout by China,” said Adm. Charles Richard, who oversees America's nuclear arsenal as commander of U.S. Strategic Command. Secretary of the Air Force Frank Kendall III echoed that concern, saying, “If they continue down the path that they seem to be on—to substantially increase their ICBM force—they will have a de facto first-strike capability.” He added, “I'm not sure they fully appreciate the risks that they're adding to the entire global nuclear equation.”

But there's little reason for the United States to worry much about whatever the Chinese military is building in these silos—and plenty of alternatives to building more nuclear weapons for dealing with it. The current U.S. nuclear arsenal was designed to guarantee deterrence even in the case of surprises such as this one. The nuclear weapons the United States already has should be adequate to counter the threat posed by new Chinese missiles even under very pessimistic assumptions. And if U.S. officials eventually decide they have to target the Chinese silos, nonnuclear weapons and sensors would provide a more credible deterrent than building additional nuclear weapons would.

There's a lot we don't even know about the Chinese silos. Many basic questions remain unanswered, including how many will be built and how many weapons they'll contain. The silo fields first came to public attention in June through the efforts of open-source intelligence analysts who spotted them in images from commercial satellites. The first two, in western China, probably will have 110 to 120 silos each when completed. Because the structures in these fields closely resemble a known group of completed silos, analysts are confident that these are new missile fields. A third site in Inner Mongolia might become a similar silo field, but it is smaller and at a much earlier stage of construction.

The nuclear weapons the United States already has should be adequate to counter the threat posed by new Chinese missiles even under very pessimistic assumptions.

For their part, Chinese commentators emphatically reject the notion that any of these sites are missile fields, instead proposing questionable alternatives, such as that they are misidentified wind farms.

Something as benign as wind farms is far-fetched. But a plausible best-case scenario is that some or many of the silos will remain empty. Some analysts believe China is constructing something of a shell game designed to make a smaller number of missiles harder for their adversaries to target. The worst-case scenario, of course, is that every silo will contain the largest missile it can hold, fitted with the maximum number of nuclear warheads. As far as U.S. targeting requirements are concerned, however, there's hardly a difference between the best and worst case: Unless officials can reliably identify which silos contain armed missiles, the United States has to prepare to destroy all of them.

Until relatively recently, the Chinese nuclear arsenal was concentrated in a handful of fragile, liquid-fueled missiles that plausibly could be disarmed (PDF) by a U.S. first strike. Diversification—adding road-mobile intercontinental ballistic missiles (ICBMs) and missile submarines—has considerably improved the survivability of China's nuclear arsenal. The silos could be part of that trend: By presenting a larger number of targets, it makes it likelier that some missiles will survive to retaliate. Chinese war planners might instead place their retaliatory hopes in the road-mobile ICBMs or their submarine-launched missiles. The silo fields then just serve as a “warhead sink” to frustrate U.S. targeters. The silos could also be launch positions for conventionally-armed ballistic missiles, a category of weapon that the Chinese military has particularly emphasized. Or they could ultimately be loaded with missiles of different types armed with both nuclear and conventional warheads.

But the specific objective doesn't matter: The United States and its allies have ways to counter any threats the Chinese silo fields pose without the need for additional nuclear warheads.

The U.S. and its allies have ways to counter any threats the Chinese silo fields pose without the need for additional nuclear warheads.

For the sake of argument, assume that targeting each individual silo with a nuclear weapon is desirable and necessary. (While many analysts have long argued against the wisdom of targeting adversary strategic forces, it has been U.S. strategic practice historically, and some recent scholarship contends that it has been successful for U.S. strategic goals.) At present, there are about 270 apparent silos observable in the three silo fields. If the third field grows to match the others, they will total about 350. Using the historical standard of targeting each missile silo with two warheads (to account for possible launch failures), this works out to about 700 warheads needed. This number is about half of the 1,550 accountable warheads allowed to the United States under the terms of the New START Treaty, so it's considerable, but not unmanageable.

Because of strained U.S.-Russian relations and U.S. domestic politics, New START could expire in 2026 without a follow-on agreement limiting the size of deployed U.S. strategic nuclear forces. This would allow Washington to start deploying some of its “upload hedge”—additional nuclear warheads available to be loaded onto existing missiles. The Biden administration announced in October that the United States has 3,750 nuclear warheads in its active stockpile, and the Congressional Budget Office estimated in August 2020 (PDF) that uploading existing delivery systems to a total of 3,000 deployed warheads could be accomplished at a one-time cost of about $100 million.

But deploying more nuclear weapons might not be necessary. If a “shell game” is China's aim, the United States could use remote sensing or other intelligence means to ascertain where the actual missiles are located. This could enable planners to avoid targeting empty silos and minimize the needed weapons.

A real game-changer, however, would be a conventional weapon that could kill a silo without using a nuclear warhead. Such weapons were researched extensively during the late Cold War. They weren't achieved with 20th-century technology, but progress in fields such as machine vision, terminal guidance and geospatial mapping may make them feasible in the not-distant future.

A nonnuclear option would give a U.S. president a much easier choice for countering the silos. Such weapons would not violate the nuclear taboo or risk the hard-to-predict collateral damage (PDF) of nuclear detonations.

The pursuit of nonnuclear “silo killers” might appear inimical to strategic stability. Chinese leaders could perceive them as a tool to disarm their nuclear deterrent. But additional nukes would look even more threatening to Beijing. U.S. officials could decide to pursue nonnuclear “silo killers” despite the risk to strategic stability—especially if it is unclear whether the silos host conventional missiles or strategic nuclear ones. The possibility of nonnuclear weapons that could destroy the new silos might also give Chinese leaders pause: If their goal is a survivable second-strike force, then fields of missile silos may prove to be a hopelessly inadequate solution.

Edward Geist is a policy researcher at the nonprofit, nonpartisan RAND Corporation.

This commentary originally appeared on The Washington Post on October 18, 2021. Commentary gives RAND researchers a platform to convey insights based on their professional expertise and often on their peer-reviewed research and analysis.

Get weekly updates from RAND.