You have reached the cached page for https://www.britannica.com/place/Australia
Below is a snapshot of the Web page as it appeared on 6/24/2021 (the last time our crawler visited it). This is the version of the page that was used for ranking your search results. The page may have changed since we last cached it. To see what might have changed (without the highlights), go to the current page.
You searched for: university of sydney wikipedia encyclopedia We have highlighted matching words that appear in the page below.
Bing is not responsible for the content of this page.
Australia | History, Cities, Capital, Map, & Facts | Britannica
Australia
Encyclopedia Article
Learning Guides
Media
Additional Info

print Print
Please select which sections you would like to print:
verifiedCite
While every effort has been made to follow citation style rules, there may be some discrepancies. Please refer to the appropriate style manual or other sources if you have any questions.
Select Citation Style
Share
Share to social media
Facebook Twitter
URL
https://www.britannica.com/place/Australia
Feedback
Thank you for your feedback

Join Britannica's Publishing Partner Program and our community of experts to gain a global audience for your work!
External Websites
Britannica Websites
Articles from Britannica Encyclopedias for elementary and high school students.
WRITTEN BY
Charles Rowland Twidale See All Contributors
Reader in Geology and Geophysics, University of Adelaide, Australia. Author of Geomorphology with Special Reference to Australia and others.
Alternative Title: Commonwealth of Australia
Below is the full article. For the article summary, see Australia summary.

Australia, the smallest continent and one of the largest countries on Earth, lying between the Pacific and Indian oceans in the Southern Hemisphere. Australia’s capital is Canberra, located in the southeast between the larger and more important economic and cultural centres of Sydney and Melbourne. 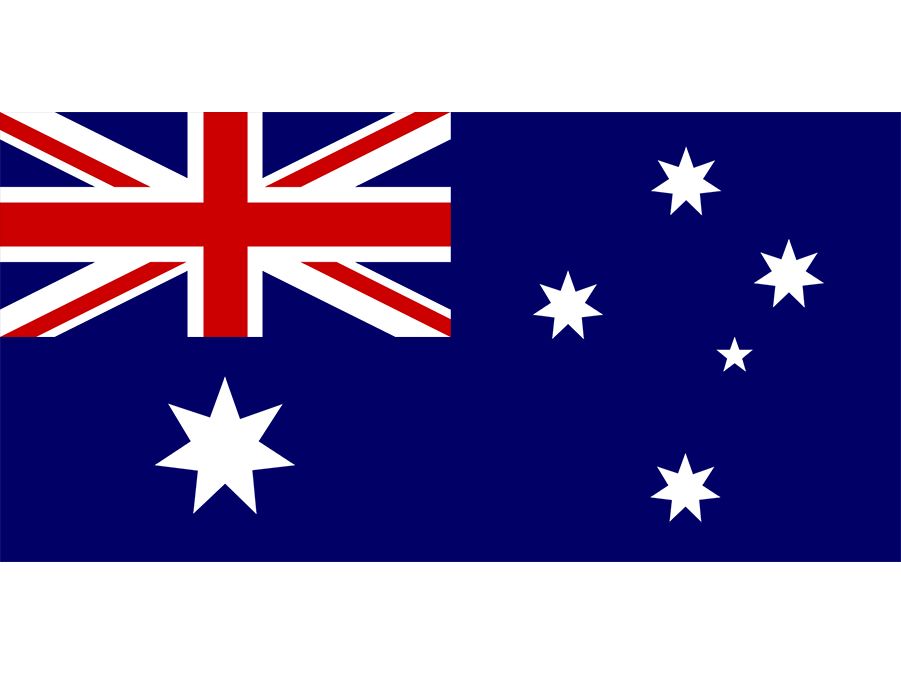 The Australian mainland extends from west to east for nearly 2,500 miles (4,000 km) and from Cape York Peninsula in the northeast to Wilsons Promontory in the southeast for nearly 2,000 miles (3,200 km). To the south, Australian jurisdiction extends a further 310 miles (500 km) to the southern extremity of the island of Tasmania, and in the north it extends to the southern shores of Papua New Guinea. Australia is separated from Indonesia to the northwest by the Timor and Arafura seas, from Papua New Guinea to the northeast by the Coral Sea and the Torres Strait, from the Coral Sea Islands Territory by the Great Barrier Reef, from New Zealand to the southeast by the Tasman Sea, and from Antarctica in the far south by the Indian Ocean.

Australia has been called “the Oldest Continent,” “the Last of Lands,” and “the Last Frontier.” Those descriptions typify the world’s fascination with Australia, but they are somewhat unsatisfactory. In simple physical terms, the age of much of the continent is certainly impressive—most of the rocks providing the foundation of Australian landforms were formed during Precambrian and Paleozoic time (some 4.6 billion to 252 million years ago)—but the ages of the cores of all the continents are approximately the same. On the other hand, whereas the landscape history of extensive areas in Europe and North America has been profoundly influenced by events and processes that occurred since late in the last Ice Age—roughly the past 25,000 years—in Australia scientists use a more extensive timescale that takes into account the great antiquity of the continent’s landscape.

Australia is the last of lands only in the sense that it was the last continent, apart from Antarctica, to be explored by Europeans. At least 60,000 years before European explorers sailed into the South Pacific, the first Aboriginal explorers had arrived from Asia, and by 20,000 years ago they had spread throughout the mainland and its chief island outlier, Tasmania. When Captain Arthur Phillip of the British Royal Navy landed with the First Fleet at Botany Bay in 1788, there may have been between 250,000 and 500,000 Aboriginals, though some estimates are much higher. Largely nomadic hunters and gatherers, the Aboriginals had already transformed the primeval landscape, principally by the use of fire, and, contrary to common European perceptions, they had established robust, semipermanent settlements in well-favoured localities.

The American-style concept of a national “frontier” moving outward along a line of settlement is also inappropriate. There was, rather, a series of comparatively independent expansions from the margins of the various colonies, which were not joined in an independent federated union until 1901. Frontier metaphors were long employed to suggest the existence of yet another extension of Europe and especially of an outpost of Anglo-Celtic culture in the distant “antipodes.”

The most striking characteristics of the vast country are its global isolation, its low relief, and the aridity of much of its surface. If, like the English novelist D.H. Lawrence, visitors from the Northern Hemisphere are at first overwhelmed by “the vast, uninhabited land and by the grey charred bush…so phantom-like, so ghostly, with its tall, pale trees and many dead trees, like corpses,” they should remember that to Australians the bush—that sparsely populated Inland or Outback beyond the Great Dividing Range of mountains running along the Pacific coast and separating it from the cities in the east—is familiar and evokes nostalgia. It still retains some of the mystical quality it had for the first explorers searching for inland seas and great rivers, and it remains a symbol of Australia’s strength and independence; the Outback poem by A.B. (“Banjo”) Paterson, “Waltzing Matilda,” is the unofficial national anthem of Australia known the world over.

Australia’s isolation from other continents explains much of the singularity of its plant and animal life. Its unique flora and fauna include hundreds of kinds of eucalyptus trees and the only egg-laying mammals on Earth, the platypus and echidna. Other plants and animals associated with Australia are various acacias (Acacia pycnantha [golden wattle] is the national flower) and dingoes, kangaroos, koalas, and kookaburras. The Great Barrier Reef, off the east coast of Queensland, is the greatest mass of coral in the world and one of the world’s foremost tourist attractions. The country’s low relief results from the long and extensive erosive action of the forces of wind, rain, and the heat of the sun during the great periods of geologic time when the continental mass was elevated well above sea level.

Isolation is also a pronounced characteristic of much of the social landscape beyond the large coastal cities. But an equally significant feature of modern Australian society is the representation of a broad spectrum of cultures drawn from many lands, a development stemming from immigration that is transforming the strong Anglo-Celtic orientation of Australian culture. Assimilation, of course, is seldom a quick and easy process, and minority rights, multiculturalism, and race-related issues have played a large part in contemporary Australian politics. In the late 1990s these issues sparked a conservative backlash.

Australia has a federal form of government, with a national government for the Commonwealth of Australia and individual state governments (those of New South Wales, Victoria, Queensland, South Australia, Western Australia, and Tasmania). Each state has a constitution, and its government exercises a limited degree of sovereignty. There are also two internal territories: Northern Territory, established as a self-governing territory in 1978, and the Australian Capital Territory (including the city of Canberra), which attained self-governing status in 1988. The federal authorities govern the external territories of Norfolk Island, the Cocos (Keeling) Islands, Christmas Island, Ashmore and Cartier islands, the Coral Sea Islands, and Heard Island and McDonald Islands and claim the Australian Antarctic Territory, an area larger than Australia itself. Papua New Guinea, formerly an Australian external territory, gained its independence in 1975.

Historically part of the British Empire and now a member of the Commonwealth, Australia is a relatively prosperous independent country. Australians are in many respects fortunate in that they do not share their continent—which is only a little smaller than the United States—with any other country. Extremely remote from their traditional allies and trading partners—it is some 12,000 miles (19,000 km) from Australia to Great Britain via the Indian Ocean and the Suez Canal and about 7,000 miles (11,000 km) across the Pacific Ocean to the west coast of the United States—Australians have become more interested in the proximity of huge potential markets in Asia and in the highly competitive industrialized economies of China, Japan, South Korea, and Taiwan. Australia, the continent and the country, may have been quite isolated at the beginning of the 20th century, but it entered the 21st century a culturally diverse land brimming with confidence, an attitude encouraged by the worldwide fascination with the land “Down Under” and demonstrated when Sydney hosted the 2000 Olympic Games.