You have reached the cached page for https://2paragraphs.com/2020/10/who-is-barrys-new-girlfriend-ren-on-the-goldbergs-what-happened-to-old-ren/
Below is a snapshot of the Web page as it appeared on 3/2/2021 (the last time our crawler visited it). This is the version of the page that was used for ranking your search results. The page may have changed since we last cached it. To see what might have changed (without the highlights), go to the current page.
You searched for: troy gentile girlfriend We have highlighted matching words that appear in the page below.
Bing is not responsible for the content of this page.
Who Is Barry’s New Girlfriend Ren on ‘The Goldbergs’? What Happened to Old Ren? 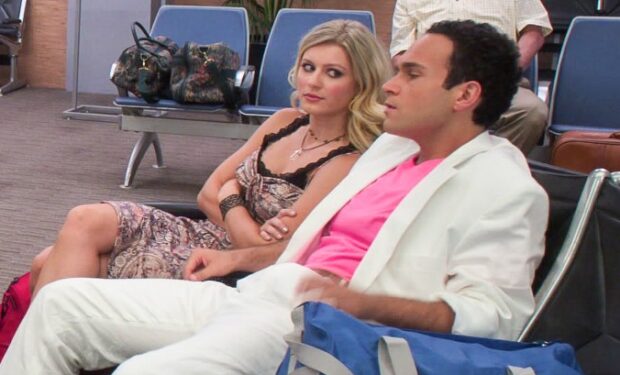 Carrie Wampler and Troy Gentile on THE GOLDBERGS (ABC)

In the Season 8 premiere of The Goldbergs, while Adam (Sean Giambrone) adjusts to being a cool kid at William Penn Academy his mother Beverly (Wendi McLendon-Covey) surprises the family with an end-of-summer vacation to Miami.

In Season 7, Ren was portrayed by Kelli Berglund (above) who is not reprising the role. Instead she’s starring in the upcoming wrestling drama Heels on Starz. On Season 8, Ren is portrayed by Carrie Wampler.

Carrie Wampler is known for her roles on Tales of Titans (Becca/Ant Girl — phot with Jason Ritter above), Big Little Lies (Lori — photo with Reese Witherspoon below), Austin & Ally (Brooke), and the 2012 TV movie Blue Lagoon: The Awakening (Stacey Robinson), among others.

The Goldbergs airs Wednesdays at 8 pm on ABC, right before new episodes of The Connors and black-ish. [BONUS: Stream any ABC show through the ABC GO Digital App found here. Download is FREE.]