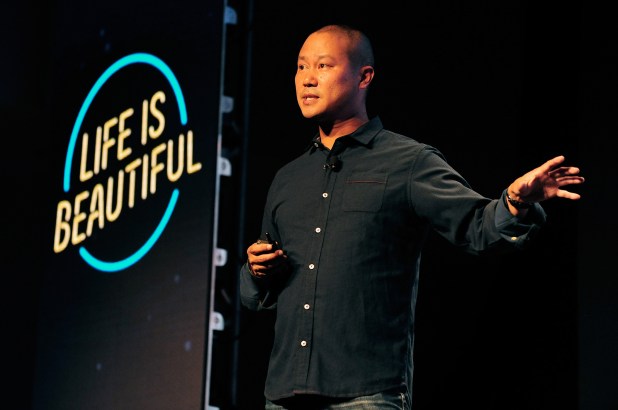 Cause of fire that killed Zappos CEO Tony Hsieh still a mystery: officials

Worried friends of Zappos founder Tony Hsieh called 911 at least twice after he tried to hurt himself in the months before his death — leading to him being hospitalized for an apparent breakdown.

Emergency-call logs obtained by Business Insider show numerous reports about Hsieh’s behavior over the summer while he was based in Park City, Utah, home of the Sundance Film Festival.

As well as complaints about his wild parties — including flames shooting out of a hot air balloon — two of the 911 calls were about disturbing behavior by the 46-year-old mogul, who died barricaded in a blazing Connecticut house last month, Business Insider said.

On June 30, an anonymous male friend called 911 to say that Hsieh was smashing things in his home and threatening to hurt himself, the report said.

The call logs show that it was treated as a psychiatric incident, and emergency services took the eccentric mogul to a hospital after making contact with him on the patio of his candle-covered $16 million mansion.

Later that night, another anonymous friend called 911 to “make sure the hospital staff understand the situation fully” and know that Hsieh needed urgent help.

“If he gets released it will be a problem,” the dispatcher wrote, according to the outlet.

Then on Aug. 14, an anonymous male friend told 911 that his “high-profile” friend was “very paranoid,” mentioning his use of nitrous oxide, or laughing gas, and saying he was concerned for his safety.

A dispatcher later made contact with one of Hsieh’s relatives, who insisted everything was under control, according to the logs.

Hsieh was previously known to have alarmed those around him with his extreme experiments on his body, trying to see how much food and oxygen he could live without and getting to less than 100 pounds.

Open about his love for partying and drinking — especially Grey Goose vodka — he had also reportedly started experimenting with mushrooms and ecstasy and had planned to enter rehab.

He died Nov. 27 of injuries from a huge blaze at his rumored longtime girlfriend’s Connecticut home, inside which he reportedly barricaded himself.

A representative for Hsieh’s family declined to comment about the call logs, Business Insider said.

13 best sunglasses brands to shop ahead of spring 2021

The 9 best breathable face masks for safely working out in

All the best 'WandaVision' merch the internet has to offer

Pregnant Meghan Markle 'hissed' at staffer in 2018, left her in 'tears': report