You have reached the cached page for https://www.imdb.com/title/tt1101038/
Below is a snapshot of the Web page as it appeared on 5/4/2021 (the last time our crawler visited it). This is the version of the page that was used for ranking your search results. The page may have changed since we last cached it. To see what might have changed (without the highlights), go to the current page.
You searched for: tommy nohilly photos images clip art moving We have highlighted matching words that appear in the page below.
Bing is not responsible for the content of this page.
Monster Ark (TV Movie 2008) - IMDb
Get a sneak peek of the new version of this page.
Check it out now Learn more
FULL CAST AND CREW | TRIVIA | USER REVIEWS | IMDbPro | MORE LESS
0Check in
X I'm Watching This!
Keep track of everything you watch; tell your friends.

1h 24min | Fantasy, Horror, Sci-Fi | TV Movie 9 August 2008
Archaeologist Nicholas Zavatero and his student find a vase with antique inscription on where Noah's Ark is hidden in the underlying monster called Tama. They decide to go looking, but things get out of control.

Superhero Stars Then and Now 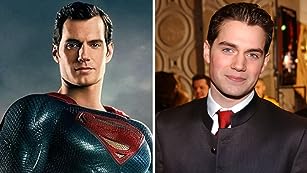 Check out some of our favorite superhero stars from movies and television, before they suited up.

Search for "Monster Ark" on Amazon.com

Archaeologist Nicholas Zavaterro and his student find an antique vase with an inscription that points to where Noah's Ark is hidden. They decide to go looking, but things get out of control when they encounter opposing forces, including a monster named Tama.

Lord Carnavon, sponsor of the excavation of the tomb of Tutankhamun, did not die of mold, fungi, etc. encountered in the opening of Tutankhamun's tomb, as suggested at the start of the movie. Rather, he died months after the tomb was opened, of an infected mosquito bite. See more »

The only reason why I tuned in to see this movie is that the monster looked really cool in the previews. As it turns out that is the only good thing about this movie.

The story is that college professor Nicholas and two of his students discovers a urn. They take the urn back to America and have Nicholas's ex-wife Ava open it. Inside they find the original book of Genesis. Ava decodes it and discover that Noah had made a second ark to banish demonic monster, but the ark crashed and sinked in Iraq. So just like that the team heads over to Iraq with no problem from the government. There they meet hard ass Iraqui Captian Backhar. Together they find this "Monster Ark" and open the cage holding the monster. The monster escapes and goes on a rampage. Captian Backhar fail to stop the monster with raw fire power. Team then figures out that they must get Noah's staff to stop the monster, but the offspring of Noah are protecting it and won't hand it over so easily. Nicholas now must learn to have faith in order to stop the monster.

The Monster was the only thing that kept me watching. The acting was below average. The director inserted a sub-plot between Nicholas and Ava about them not trusting each other. He also add moments to create chemistry between characters, but these fail. The chemistry seemed fake and the sub-plot wasn't though out well enough.

The special effects on the monster where good enough but still looked fake. The Monster design was awesome but the movement needed work. The flash back scenes of the ark where completely CGI and look like something out of a 90's video game.

If you are looking to see a good monster movie watch this but fast forward though all the talking and just watch the scenes with the monster.