You have reached the cached page for https://astrologyking.com/constellation-coma-berenices/
Below is a snapshot of the Web page as it appeared on 9/9/2021 (the last time our crawler visited it). This is the version of the page that was used for ranking your search results. The page may have changed since we last cached it. To see what might have changed (without the highlights), go to the current page.
You searched for: titus andronicus full text We have highlighted matching words that appear in the page below.
Bing is not responsible for the content of this page.
Coma Constellation Stars – Astrology King 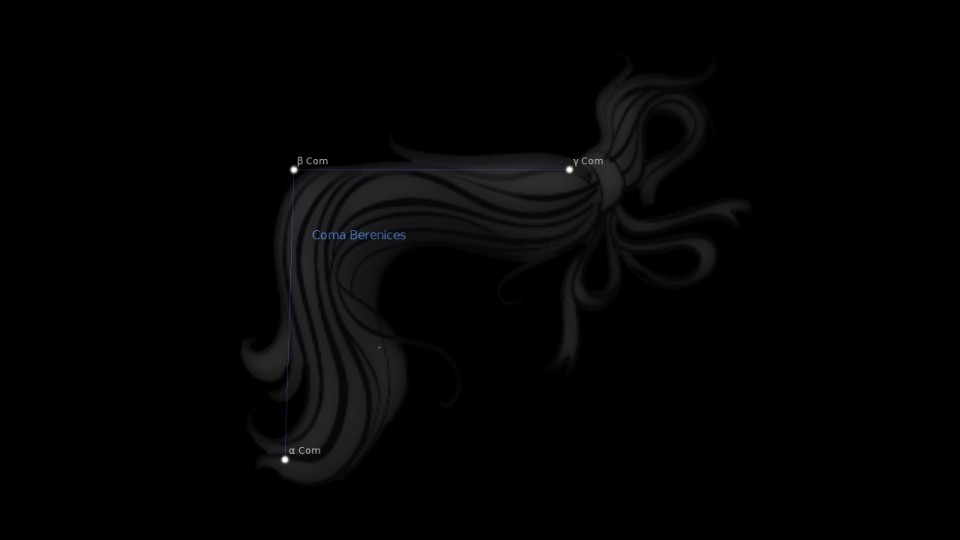 Constellation Coma Berenices, Berenices Hair, of the Mother and Child, sits north of Virgo constellation, between Bootes and constellation Ursa Major. This small constellations contains three named stars, and spans 20 degrees opf the zodiac in the signs Virgo and Libra.

Added by Eratosthenes in A.D. 300. Berenice, the wife of Ptolemy Euergetes, offered up her hair to Venus on condition that her husband returned safe from the wars. The hair was placed in the temple but was stolen, and to appease the king’s wrath it was said that Venus had taken it into heaven to form a constellation.

It is said to give a suave and well-bred manner, with great personal charm, but to lead to an idle and dissipated life. There is some love of, or ability for the stage. Lilly states that the beginning of this constellation causes blindness or defective eyesight, and it is probable that the part lying in Virgo has some influence over baldness.[1]

“The first constellation in VIRGO explains that this coming “Branch” will be a child, and that He should be the “Desire of all nations.” The ancient name of this constellation is Comah, the desired, or the longed for. We have the word used by the Holy Spirit in this very connection, in Haggai 2:7–“The DESIRE of all nations shall come.” 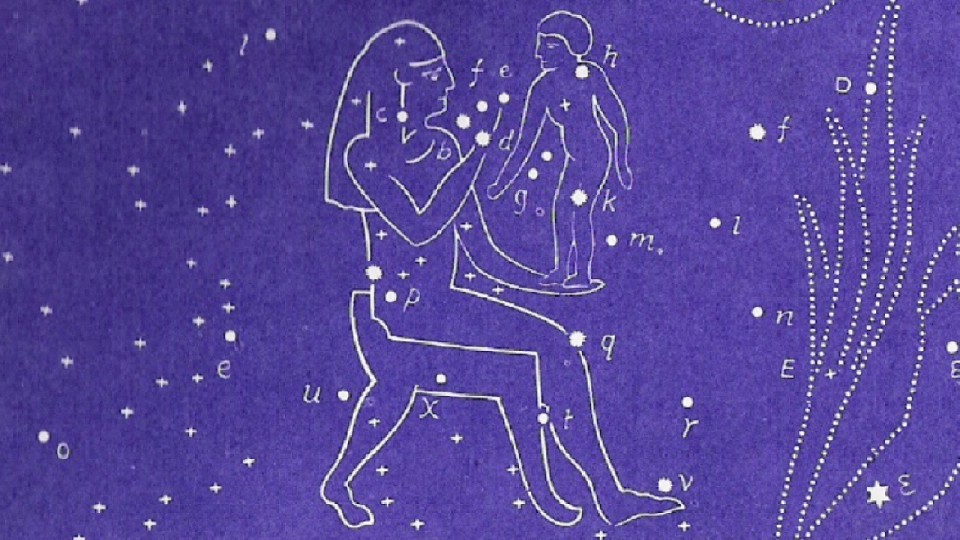 The ancient Zodiacs pictured this constellation as a woman with a child in her arms. ALBUMAZAR (or ABU MASHER), an Arabian astronomer of the eighth century, says, “There arises in the first Decan, as the Persians, Chaldeans, and Egyptians, and the two HERMES and ASCALIUS teach, a young woman whose Persian name denotes a pure virgin, sitting on a throne, nourishing an infant boy (the boy, I say), having a Hebrew name, by some nations called IHESU, with the signification IEZA, which in Greek is called CHRISTOS.”

But this picture is not found in any of the modern maps of the stars. There we find today a woman’s wig! It appears that BERENICE, the wife of EUERGETES (PTOLEMY III), king of Egypt in the third century BC, when her husband once went on a dangerous expedition, vowed to consecrate her fine head of hair to Venus if he returned in safety. Her hair, which was hung up in the Temple of Venus, was subsequently stolen, and to comfort BERENICE, CONON, an astronomer of Alexandria (BC 283-222), gave it out that Jupiter had taken it and made it a constellation!

This is a good example of how the meaning of other constellations have been perverted (ignorantly or intentionally). In this case, as in others, the transition from ancient to more modern languages helped to hide the meaning. The Hebrew name was COMA (desired). But the Greeks had a word for hair, Co-me. this again is transferred to the Latin coma, and thus “Coma Berenice” (The hair of Berenice) comes down to us today as the name of this constellation, and gives us a woman’s wig instead of that Blessed One, “the Desire of all Nations.”

In this case, however we are able to give absolute proof that this is a perversion. The ancient Egyptian name for this constellation was Shes-nu, the desired son! The Zodiac in the Temple of Denderah, in Egypt, going back at least 2000 years BC, has no trace of any hair, but it has the figure of a woman and child.

Even Shakespeare understood the truth about this constellation picture, which has been so long covered by modern inventions. In his Titus Andronicus he speaks of an arrow being shot up to heaven to the “Good boy in Virgo’s lap.”

The constellation itself is very remarkable. Others contain one or two stars of the first or second magnitude, and then a greater or less variety of lesser stars; but this is peculiar from having no one very bright star, but contains so many stars of the 4th and 5th magnitudes. It contains 43 stars altogether, ten being of the 4th magnitude, and the remainder of the 5th, 6th, etc.” [2]