You have reached the cached page for https://www.yodisphere.com/2014/06/the-ruins-in-negros-occidental-10.html
Below is a snapshot of the Web page as it appeared on 5/11/2021 (the last time our crawler visited it). This is the version of the page that was used for ranking your search results. The page may have changed since we last cached it. To see what might have changed (without the highlights), go to the current page.
You searched for: the ruins negros occidental history geography facts We have highlighted matching words that appear in the page below.
Bing is not responsible for the content of this page.
The Ruins in Negros Occidental » 10 Lovely Facts You Need to Know Before Visiting - yodisphere.com 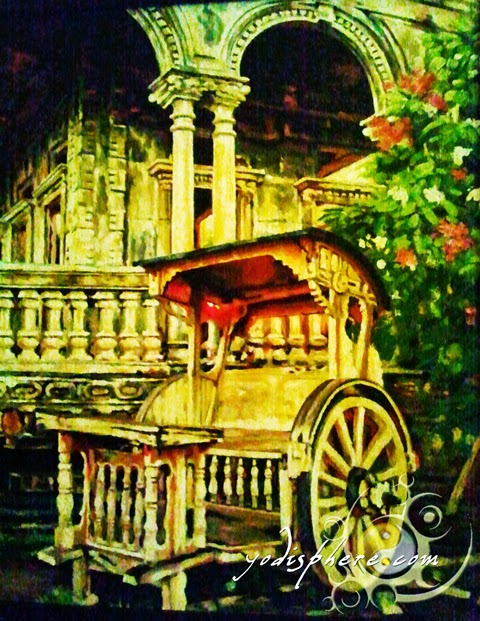 I was watching TV the other day and I saw this teleserye titled "Ikaw Lamang". I'm no fan of soap operas -- why I mentioned it here is because one of the locations featured in the said soap was particularly familiar.


Later while I was organizing my travel photos, I came across random shots from our Negros Occidental trip two years ago and remembered that that lovely mansion in Talisay City is called "The Ruins." I do feel guilty realizing that it was on my pending-blog-post list for a year now - turns out my usual enthusiastic self cannot cope too well with work stress, hence my last year's blogging hiatus.

Anyway, I do really miss this blogging thing and I still have lots of interesting travel related posts on my drafts folder.


To catch up, let me share here some lovely facts about this hauntingly beautiful mansion called "The Ruins" in Talisay City. It was not just a mansion, but a "monument of love" like the Taj Mahal.

So, if you're a sucker for love stories and happen to be visiting Negros Occidental, you might want to inlude a quick side trip to "The Ruins."

10 Lovely Facts You Need to Know Before Visiting The Ruins 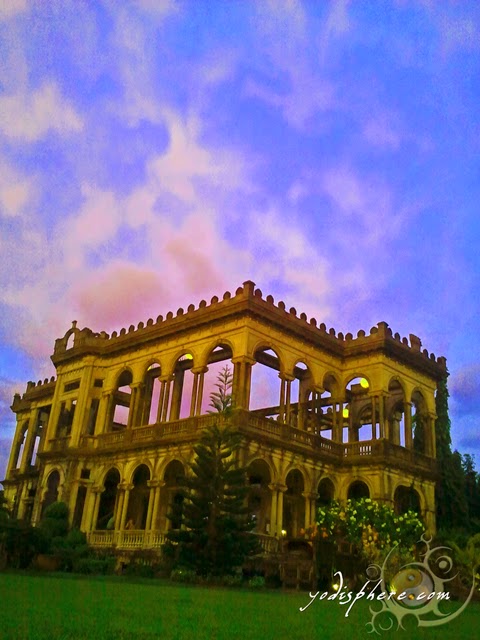 1. Don Mariano Ledesma Lacson, a sugar baron, is the original owner of this mansion in Talisay City, Negros Occidental, now famous among tourists as “The Ruins.” 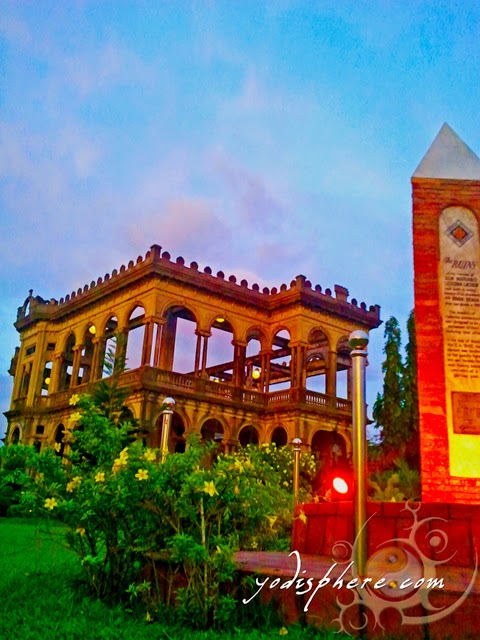 2. One of his passions was seeing the world and on one of his travel abroad, he met Maria Braga – a beautiful, young Portuguese lady from Macau  – in old Hong Kong. Mariano and Maria got married. 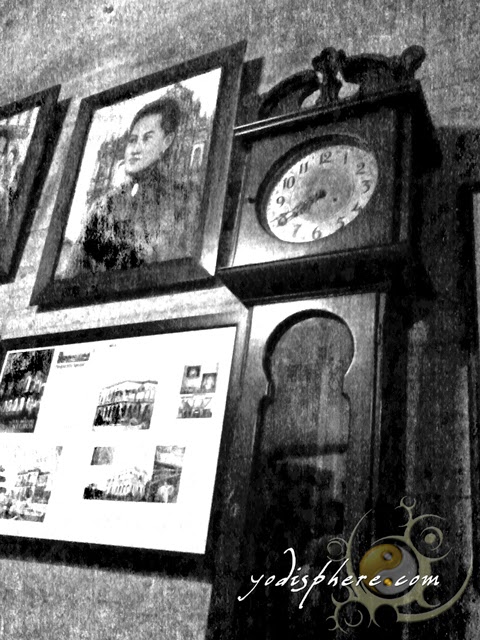 3. They are blessed with 10 children and while Maria was carrying the 11th child, she slipped in the bathroom. Both Maria and the child died.  Mariano was devastated and heartbroken – the love of his life gone. To immortalize Maria in his memory for the rest of his life he decided to build the Don Mariano Lacson Mansion. 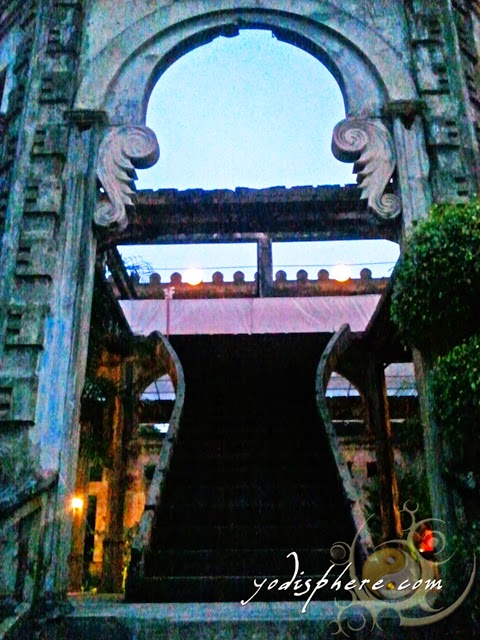 4. It was believed that the father of Maria, who is also the Captain of Mariano’s vessel, gave him the design of his own mansion as reference.  The mansion was built in the middle of a vast sugarcane field. 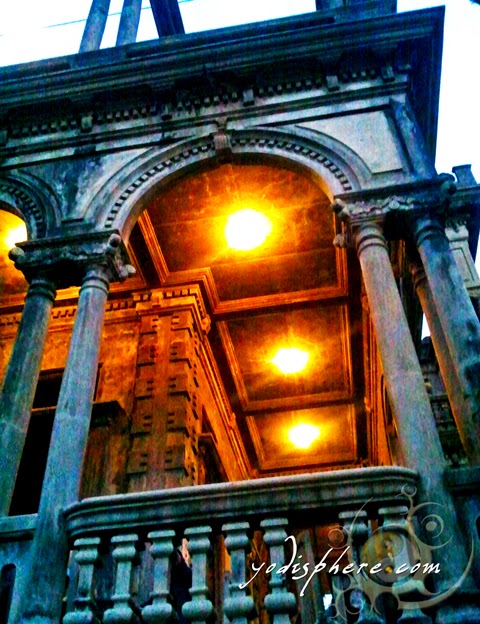 5. Two “M”s can be seen molded in reclined position onto each and every post around the mansions exterior – a symbol that stands for Mariano and Maria – a tell-tale sign of Mariano’s adoration for Maria. 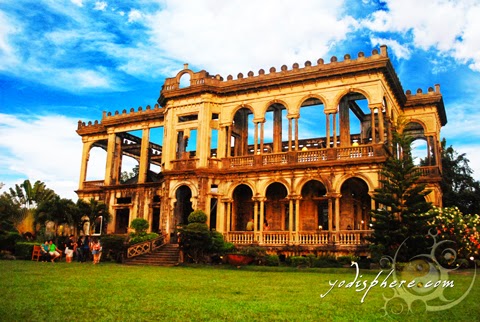 6. In this magnificent mansion, three of Mariano’s daughters lived to the max and never married. 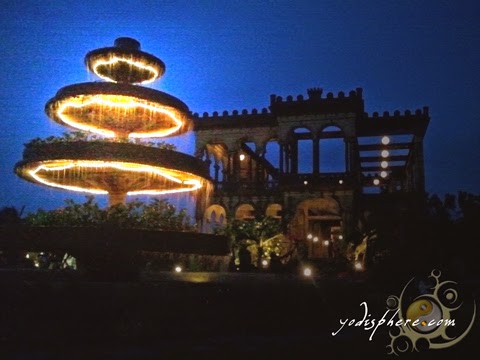 7. During the early part of WWII, guerilla forces under the American command constrained to burn the mansion so as to keep the occupying Japanese forces from using it as headquarters. 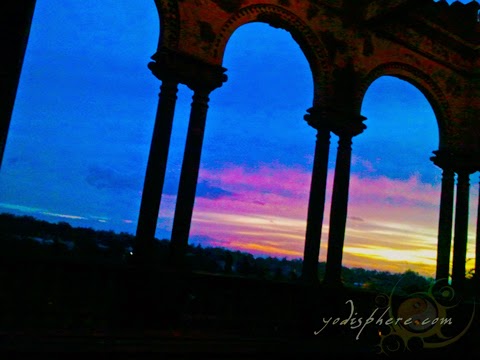 8. It took three days to bring down the roof and thick wooden floors which was never rebuilt. The mansion’s framework remains intact to this day. 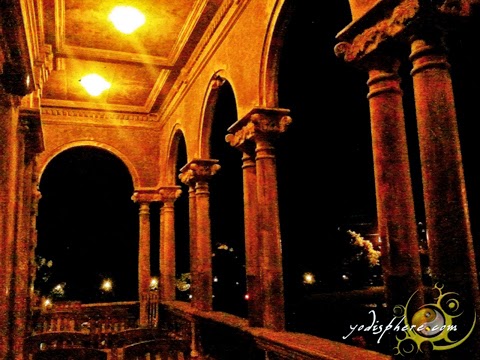 9. The best time to visit “The Ruins” is in the afternoon before sunset. It is said the columns “sparkle” because it is originally made of egg white. 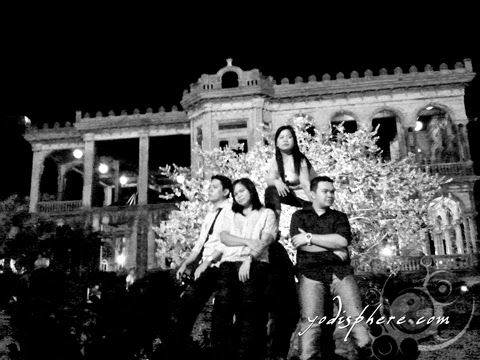 10. This was opened to the public in 2008 by Mr. Raymond Javellana. It became the location for two Peque Gallaga movie and also now featured in ABS-CBN primetime teleserye “Ikaw Lamang” – the first team-up of actors Coco Martin as Samuel Obrero and Kim Chiu as Isabelle Miravelez, together with Jake Cuenca as Franco and Julia Montes as Mona Roque. 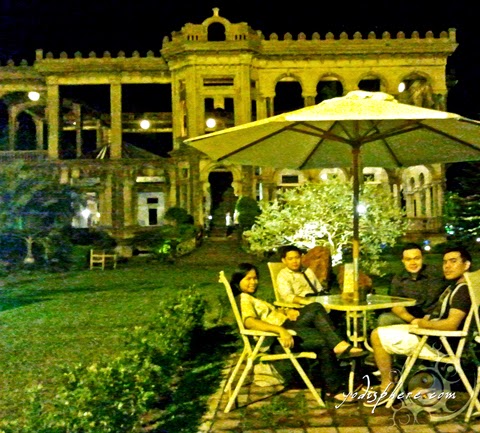 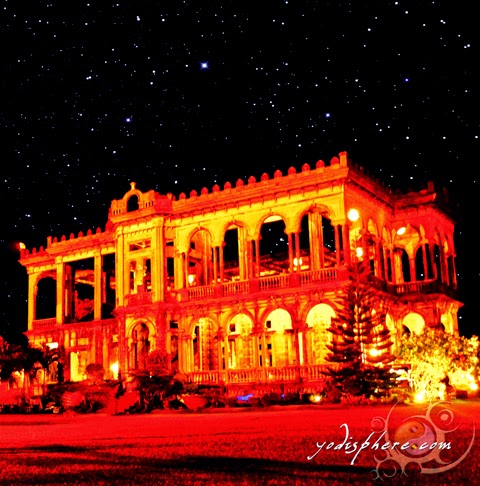 Got Something to Say? Thoughts? Additional Information? 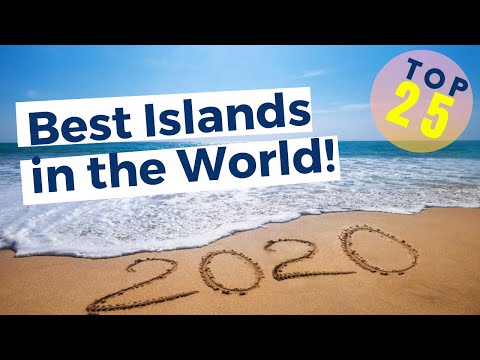