You have reached the cached page for https://www.imdb.com/title/tt0002717860/
Below is a snapshot of the Web page as it appeared on 4/6/2021 (the last time our crawler visited it). This is the version of the page that was used for ranking your search results. The page may have changed since we last cached it. To see what might have changed (without the highlights), go to the current page.
You searched for: the riot club movie trailer We have highlighted matching words that appear in the page below.
Bing is not responsible for the content of this page.
The Riot Club (2014) - IMDb
Get a sneak peek of the new version of this page.
Check it out now Learn more
FULL CAST AND CREW | TRIVIA | USER REVIEWS | IMDbPro | MORE LESS
0Check in
X I'm Watching This!
Keep track of everything you watch; tell your friends.

R | 1h 47min | Drama, Thriller | 27 March 2015 (USA)
2:16 | Trailer
1 VIDEO | 150 IMAGES
Two first-year students at Oxford University join the infamous Riot Club, where reputations can be made or destroyed over the course of a single evening.

Check out some the surprise hits of 2021 that caught the attention of IMDb fans and are all available to stream now.

Here's What to Watch in April 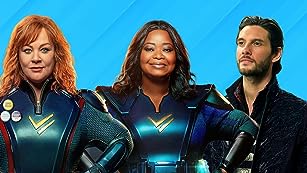 Discover something for everyone this month with some choice picks for the best movies and TV to stream in April.

Search for "The Riot Club" on Amazon.com

SPOILER: Alistair and Miles, both with aristocratic connections, start their first year at Oxford University though they are very different, Miles is down to earth and happy to have a girlfriend, Lauren, from a lower background whilst Alistair is a snob with aspirations to follow his uncle, a Tory MP. The common bond is that both become members of the Riot Club, a long established elite drinking club priding itself on hedonism and the belief that money can buy anything. Having been barred from most establishments in Oxford they have their annual dinner at the function room in a country pub, where their rowdy behavior angers other patrons though they reimburse Chris, the landlord. They hire a prostitute but she refuses to perform group sex, then one of them rings Lauren, whom they importune to Miles' horror. Getting progressively more drunk and ingesting drugs they start to trash the room and, when Chris comes to complain, Alistair savagely assaults him, landing him in hospital. Though... Written by don @ minifie-1, geo

In Italy, the first part of the film was censored, erasing almost completely the interpretation of Harry Lloyd. See more »

When Charlie comes to the pub she is handed a glass of champagne. With different camera angles the champagne flute turns to a shot glass then back to a champagne flute. See more »

Founded in approximately 1780, the Bullingdon Club were notorious for booking out a restaurant, trashing it beyond recognition and handing the owner a cheque for the damages on the way out. The unofficial club, which still exists today, consists of a select group of male elites at Oxford University and is the inspiration behind the latest cinema release, "The Riot Club".

The Riot Club begins with the group looking to recruit two new starters, as Alistair (Sam Claflin) and Miles (Max Irons) emerge as possible candidates. However, over the course of a single evening, the club's reputation is put on the line.

The film itself is very much an emotional roller-coaster. Initially, there are plenty of laughs to be had, mostly executed through witty one-liners, though it becomes a lot darker with some shocking scenes that make for extremely uncomfortable viewing. It's the latter which highlights the film's superb acting, as the young cast give genuinely convincing performances. Holliday Grainger, who plays Lauren - Miles' love interest, particularly stands out here.

Playwright Laura Wade adapted the film from her own play "Posh", and it clearly shows, as a large portion of the film is based at the table in the restaurant. While it comes as a slight disappointment that The Riot Club doesn't stray too far from its theatrical origins, it does seem to work in the film's favour, adding to the suspense before the highly dramatic climax.

Wade unsubtly incorporates a number of themes in The Riot Club that are reflective of the society we live in, including the inherited privilege and power culture in the country. There's also a lot of political satire, which comes as no surprise considering some of The Bullingdon Club's ex-members include the current British Prime Minister David Cameron, Chancellor of the Exchequer George Osborne and Mayor of London Boris Johnson.

Overall, The Riot Club is an excellent play-adaptation that makes for a highly gripping film. There's laughs a plenty, shocks a plenty and a great cast. This is a must-see.