You have reached the cached page for https://www.imdb.com/title/tt10758076/
Below is a snapshot of the Web page as it appeared on 4/30/2021 (the last time our crawler visited it). This is the version of the page that was used for ranking your search results. The page may have changed since we last cached it. To see what might have changed (without the highlights), go to the current page.
You searched for: the odds movie 2019 We have highlighted matching words that appear in the page below.
Bing is not responsible for the content of this page.
Against the Odds (TV Movie 2019) - IMDb
Get a sneak peek of the new version of this page.
Check it out now Learn more
FULL CAST AND CREW | TRIVIA | USER REVIEWS | IMDbPro | MORE LESS
0Check in
X I'm Watching This!
Keep track of everything you watch; tell your friends.

1h 21min | Documentary | TV Movie 7 August 2019
In August 2018, Team OG found themselves competing for the biggest prize in gaming - US$12 million. However, just two months earlier the team was in tatters. 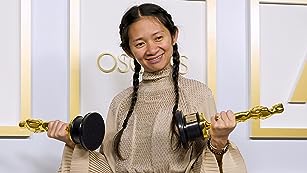 Search for "Against the Odds" on Amazon.com

An inspirational esports Cinderella story of dedication, perseverance and friendship, following an unlikely group of gamers who became legends. In August 2018, Team OG found themselves competing for the biggest prize in esports - $12 million. However, just 2 months earlier the team was in tatters. Two of their key players, including their co-founder and captain had left to join a rival team, with another quitting due to stress. They lost their place at the table of The International, the worlds biggest DOTA 2 tournament. What followed became one of the most talked-about moments in esports history and an underdog story for the ages, as five players and a coach who-just two months before-had never played together as a team became esports icons. Written by Thomas Fenwick, RBMH Producer