You have reached the cached page for https://www.rottentomatoes.com/celebrity/timothee_chalamet
Below is a snapshot of the Web page as it appeared on 10/22/2020 (the last time our crawler visited it). This is the version of the page that was used for ranking your search results. The page may have changed since we last cached it. To see what might have changed (without the highlights), go to the current page.
You searched for: the king movie timothee chamelet We have highlighted matching words that appear in the page below.
Bing is not responsible for the content of this page.
Timothée Chalamet - Rotten Tomatoes 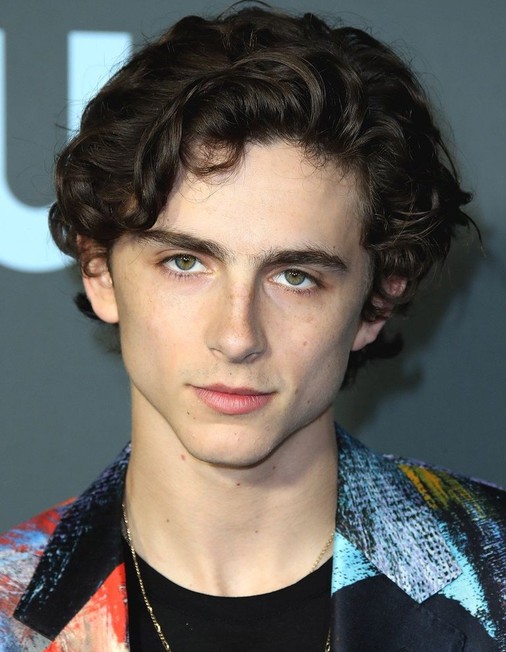 Timothee Chalamet was an American actor who broke out in 2017 with appearances in two widely-acclaimed films, "Lady Bird" and "Call Me By Your Name," the latter of which earned Chalamet his first Oscar nomination for Best Actor. Born and raised in the Hell's Kitchen neighborhood of Manhattan, Chalamet began appearing in plays and commercials in New York when he was a young boy. By the time he entered the LaGuardia High School of Music & Art and Performing Arts as a teenager, he began taking acting a lot more seriously, and really began to hone in on perfecting his craft. After graduating from LaGuardia High School, Chalamet briefly attended Columbia University in New York, before leaving school to dive head first into a professional film and television acting career in 2008. He initially began appearing in short films like "Sweet Tooth" (2008) and "Clown" (2008), all while continuing to audition for more meatier film and TV roles. Then in 2012 Chalamet nabbed recurring roles on two major television shows, "Royal Pains" (USA Network, 2009-2016) and "Homeland" (Showtime, 2011- ), both of which established the still teenage Chalamet as a talented young actor to watch. In 2014 Chalamet nabbed his very first film role in Jason Reitman's comedy-drama "Men, Women & Children" (2014). 2014 was also the year he appeared in Christopher Nolan's futuristic space epic "Interstellar" (2014). From 2014 onward Chalamet appeared in films only, and through it all established himself as one of the most promising young actors of his generation. His breakout year proved to be 2017 when he appeared in three of the most talked about films of the year: "Hostiles" (2017), "Lady Bird" and "Call Me By Your Name." He earned a Best Actor Oscar nomination for his role in "Call Me By Your Name," becoming the third youngest actor in history to be nominated for the prestigious award. In 2018 Chalamet appeared in Woody Allen's "A Rainy Day In New York" (2018), alongside Elle Fanning. Before the film was released however, Chalamet made headlines for declaring he would donate his entire "A Rainy Day In New York" salary to Time's Up, a movement against sexual harassment that was founded in early 2018 by various high-profile Hollywood celebrities in the wake of the Harvey Weinstein sexual abuse scandal of late 2017. In late 2017 Chalamet expressed serious remorse for working with Allen, who for decades had been accused of sexual abuse by his adopted daughter Dylan Farrow.