You have reached the cached page for https://adventuretime.fandom.com/wiki/The_Music_Hole
Below is a snapshot of the Web page as it appeared on 8/3/2020 (the last time our crawler visited it). This is the version of the page that was used for ranking your search results. The page may have changed since we last cached it. To see what might have changed (without the highlights), go to the current page.
You searched for: the hole in the ground movie wiki We have highlighted matching words that appear in the page below.
Bing is not responsible for the content of this page.
The Music Hole | Adventure Time Wiki | Fandom

"The Music Hole" is the tenth episode in the eighth season of Adventure Time. It is the two hundred and thirty-fifth episode overall.[2][3]

Finn hears a mysterious song while judging a Battle of the Bands.[4]

At the Tree Fort, Finn is on the ground moping about his Finn sword. After dropping one of his "feel better waffles," he moans that everything's broken, ignoring BMO's attempts to convince him otherwise.

Morning comes, and Finn wakes up continuing his loathing. Music is heard in the background, and Finn takes his sword to hunt down the source of the noise. The noise was actually Susan Strong's song, and Finn appears to be delighted by the performance. When her song ends, Jake helps with Finn's confusion by telling him it's a battle of the bands. Bonnibel surprises Finn by making him the judge, adding to his enjoyment. She then goes on to introduce the battle of the bands to the audience and then cues MC Neptr and Flame P to perform their song. The duo continue to rap, and once finished they announce their band merchandise, which Ice King feels they are trying to bribe Finn with.

Princess Bubblegum introduces the next contestant, Marceline. Marceline begins to sing her love song, only to lose her pick half-way through. Finn feels that the winner is Marcy, only to see Marceline distraught about losing her pick. A strange song piques Finn's interest, and he excuses himself while the Candy People look for Marceline's pick.

Finn goes behind the stage, catching Jake singing to Lady Rainicorn, which then upsets Jake as Finn is supposed to be the judge. Finn ignores their questions as he continues looking for the source of the tune. Jake and Lady Rainicorn tag along with Finn as he searches.

The scene goes back to the upset audience, infuriated due to the postponement of Marceline's song. Ice King attempts to control the crowd, letting loose his penguins to make peace, but they only makes things more violent. Princess Bubblegum finds Marceline's pick in Mr. Cupcake's icing, and Marceline continues with her song. Once finished, she shows resentment after noticing Finn's absence.

Finn, Jake, and Lady Rainicorn are still looking for the source of the music, with Finn being the only one able to hear it. Finn finds the source, almost falling into a pit. It is revealed that the music's source is a sentient hole in the ground. After Finn compliments the hole on its beautiful voice, it explains that it is around 1,000 years old—as old as Ooo is—and that it is such a great singer because it practices so often on account of being immobile. When questioned why only Finn can see and hear it, it explains that only those that meet the prerequisites of either being innocent and pure children (shows a silhouette of BMO) or those who have had a significant loss (silhouette of Simon) can hear it. Finn acknowledges this as he feels he's been going through a rough part of life.

The scene goes back to the battle of the bands. The crowd is still rioting, and Ice King seizes this opportunity to perform his song, only to be shut down by Marceline and Princess Bubblegum via a t-shirt cannon.

The Music Hole reveals that it is envious of Finn's ability to fully exist in the presence of everyone. Finn feels lucky that he is fortunate to have possession of this ability. He then announces the winner of the Battle of the Bands, presenting it with a potato chip bag crown. They begin to perform a duet and while singing, and the Finn in the Finn Sword appears and nods his head rhythmically while listening. Finn throws the crown into the chasm of Hole's mouth, ending the episode.

This episode was censored in some countries. See Censorship of Adventure Time for more information. 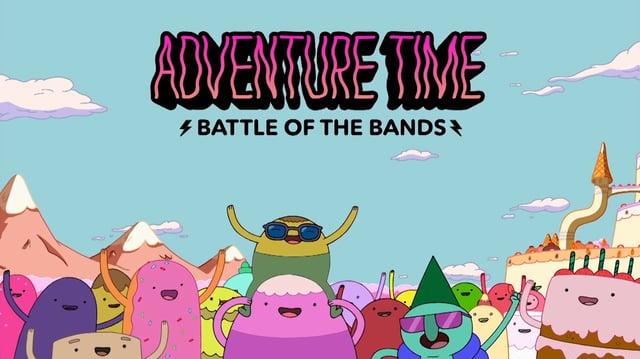 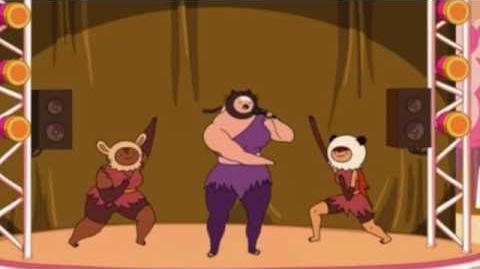 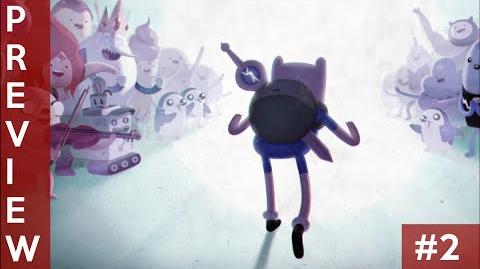 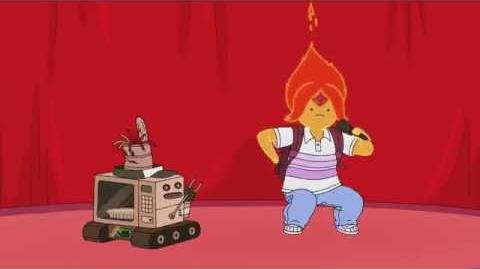 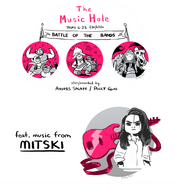 The Music Hole
Add a photo to this gallery 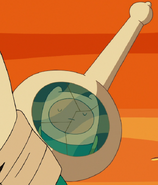 The Lich in the eyes of the Music Hole

Retrieved from "https://adventuretime.fandom.com/wiki/The_Music_Hole?oldid=826110"
Community content is available under CC-BY-SA unless otherwise noted.