You have reached the cached page for https://www.premiumbeat.com/blog/9-sites-for-free-movie-scripts/
Below is a snapshot of the Web page as it appeared on 4/13/2021 (the last time our crawler visited it). This is the version of the page that was used for ranking your search results. The page may have changed since we last cached it. To see what might have changed (without the highlights), go to the current page.
You searched for: the change-up movie script free We have highlighted matching words that appear in the page below.
Bing is not responsible for the content of this page.
9 Places to Find Free Movie Scripts 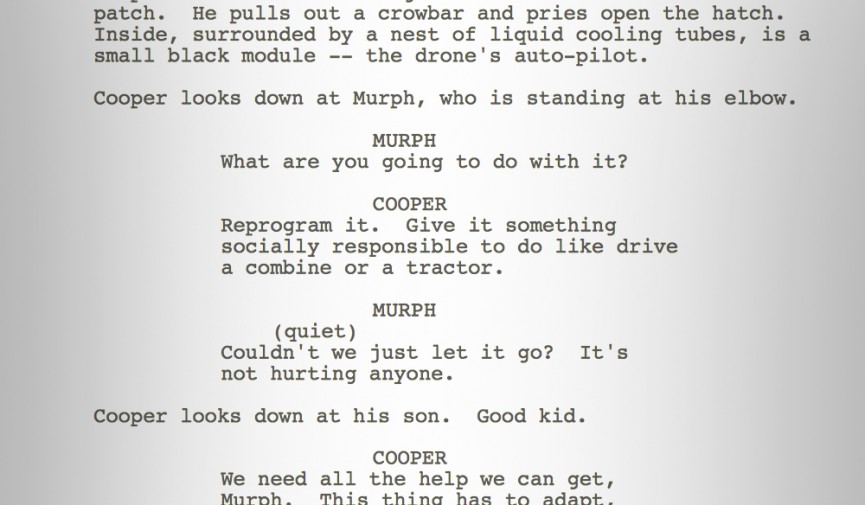 Get screenwriting inspiration with these 9 sites for free film scripts.

One of the best ways to hone your skills as a screenwriter is to spend ample time exploring the structure and format of great films. Thankfully there is a plethora of awesome script resourced around the web, many with free downloads.

Break your writer’s block! In the following post, we’ve listed out 9 sites to find free scripts from a wide variety of films.

Simply Scripts is an awesome script database where you can find film scripts, as well as scripts for TV, radio, musicals, plays and unproduced projects. From Interstellar to Singing’ in the Rain you’ll likely find the script you’re looking for here.  There’s a reason why Simply Scripts tops our list!

Internet Movie Script Database is another great place to find screenplays of both old and new movies. IMSDb even allows users to sort by genre making it easier to pinpoint just action or comedy films. Scripts can also be rated on IMSDb, which is nice because sometimes scripts found online can be knockoffs rather than the actual script used for the film.

The Weekly Script puts out a new script every week for your reading pleasure. Instead of relying on having the largest library, the Weekly Script gets it’s charm from the curation of great screenplays. The site is also incredibly easy to navigate and minimal. In the words of the author “If you can’t find your way around this site, you shouldn’t be on the web!”

Screenplays for You is a script database – no frills, just scripts. SFY has hundreds of screenplays spanning decades of film production. Most of the scripts found here are shooting drafts, meaning they are formatted for the way the script looked during production rather than a reproduced script written after the movie was released.

If you’re a screenwriter, John August is a great person to know. On his website you’ll find scripts, schedules, breakdowns, and drafts for reference. You won’t find a lot of scripts, but the ones available are all high-quality. John August is also a host on the Scriptnotes podcast where he, along side Craig Mazin, talk about screenwriting and screenplays.

If the Weekly Script wasn’t enough for you, you will love the Daily Script. The site boasts one of the largest collections of scripts online, as well as an extensive collection of TV scripts.

In line with the Daily Script, Movie Scripts and Screenplays is a no-nonsense site with scripts, links and…that’s about it! The site does not appear to be actively updated, so go elsewhere if you’re looking for a recent screenplay.

If you’re into horror films than Horror Lair is the place for you. Horror Lair has hundreds of scripts that all fall in the horror genre. Check it out, if you dare.

You already know NoFilmSchool as a great place to find filmmaking news and information, but did you know they’ve started sharing screenplays too? NFS writer Christopher Boone has been writing articles with links to movie scripts over the past few weeks and the list is getting pretty great. You can see all of the 2014 Screenplay Articles on NoFilmSchools website.

Want to take your screenwriting tips to the next level? Check out our ‘8 Tips for the Emerging Screenwriter’ post where we share a few ways in which you can create engaging stories.

Know of any other places to find free scripts online? Share in the comments below.

New! Music Subscription
Save up to 70% today.

More articles from this Author