TV-PG | 45min | Drama | Episode aired 26 October 2014
Season 1 | Episode 6
Previous
All Episodes (120)
Next
1:48 | Trailer
2 VIDEOS
Elizabeth faces unexpected consequences when she makes a plea to the President to help with a dire situation in Western Africa. 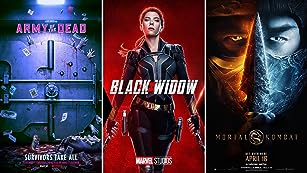 Take a look ahead at all the major movie releases coming to theaters and streaming this season.

Streaming Picks for "The Falcon and the Winter Soldier" Fans 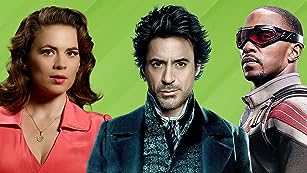 MCU fans, here are some streaming picks to watch while you wait for the next episode of "The Falcon and the Winter Solider."

Search for "The Call" on Amazon.com

Just before Elizabeth is about to make an important speech, Henry's teacher who's a priest from West Africa meets with her and tells her of acts of genocide in his country and that some of relatives are in danger. She goes to the President and asks for support but he refuses. She then makes her speech and talks about the things in West Africa. The President supports her and so does some other countries. But when it's revealed that the priest was doing business with some warlords and drug dealers, Things get complicated. Written by rcs0411@yahoo.com

There is no country called The Republic of West Africa. The map shown carves the nation out of Gabon and Congo. See more »

McCord says that F-15s would be sent into the Republic of West Africa. F-15 are land-based and would not have the range to fly from the nearest American air base in Italy, which is over 2,500 miles away (F-15s are Air Force and are NOT carrier-based planes). See more »