You have reached the cached page for https://editorial.rottentomatoes.com/guide/best-action-movie-2016/
Below is a snapshot of the Web page as it appeared on 7/23/2021 (the last time our crawler visited it). This is the version of the page that was used for ranking your search results. The page may have changed since we last cached it. To see what might have changed (without the highlights), go to the current page.
You searched for: the best action movie 2016 We have highlighted matching words that appear in the page below.
Bing is not responsible for the content of this page.
Best Action Movies 2016 << Rotten Tomatoes – Movie and TV News
Home
Top Box Office
Tickets & Showtimes
DVD & Streaming
TV
News
SIGN UP LOG IN

The best action flicks offer more than just shootouts, explosions, and car chases, but at the end of the day, they serve to get your adrenaline pumping. This year’s best includes an eclectic mix, from old west showdowns to extraordinary true stories.

The order of the list reflects the scores as of December 31, 2016, but the number displayed on the Adjusted Tomatometer may change as more reviews keep getting added after the end of the year. 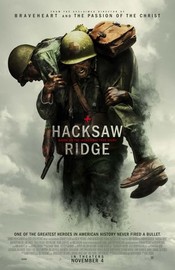 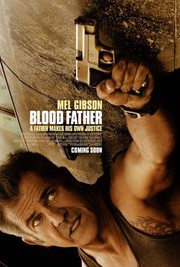 #2
Adjusted Score: 92.183%
Critics Consensus: Blood Father meets every expectation a film fan could have for a latter-day Mel Gibson action thriller with its title -- and even, in some respects, handily exceeds them.
Synopsis: BLOOD FATHER stars Mel Gibson as Link, an ex-convict who fights to protect his estranged daughter from the drug cartel... [More]
Starring: Mel Gibson, Erin Moriarty (II), Diego Luna, Michael Parks
Directed By: Jean-François Richet
#3 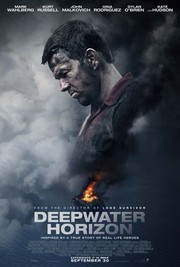 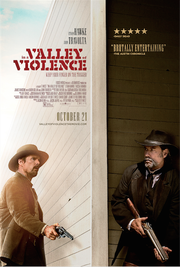 #4
Adjusted Score: 78.945%
Critics Consensus: In a Valley of Violence offers a smartly conceived homage to classic Westerns that transcends pastiche with absurdist humor and a terrific cast.
Synopsis: A mysterious drifter named Paul (Ethan Hawke) and his dog Abbie (Jumpy) make their way towards Mexico through the barren... [More]
Starring: Michael Davis
Directed By:
#5 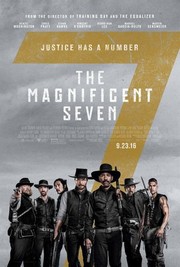 #5
Adjusted Score: 76.444%
Critics Consensus: The Magnificent Seven never really lives up to the superlative in its title -- or the classics from which it draws inspiration -- but remains a moderately diverting action thriller on its own merits.
Synopsis: Director Antoine Fuqua brings his modern vision to a classic story in Metro-Goldwyn-Mayer Pictures' and Columbia Pictures' The Magnificent Seven.... [More]
Starring: Denzel Washington, Chris Pratt, Ethan Hawke, Vincent D'Onofrio
Directed By: Antoine Fuqua

12 Unique Depictions of Tokyo in the Movies

Kevin Smith Raises the Stakes in Masters of the Universe: Revelation