You have reached the cached page for https://www.amazon.com/Spirit-Original-Motion-Picture-Soundtrack/dp/B07NK6WXC9
Below is a snapshot of the Web page as it appeared on 9/25/2020 (the last time our crawler visited it). This is the version of the page that was used for ranking your search results. The page may have changed since we last cached it. To see what might have changed (without the highlights), go to the current page.
You searched for: teen spirit movie 2019 soundtrack We have highlighted matching words that appear in the page below.
Bing is not responsible for the content of this page.
Teen Spirit (Original Motion Picture Soundtrack) by Elle Fanning on Amazon Music - Amazon.com 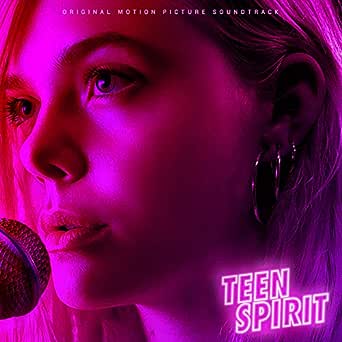 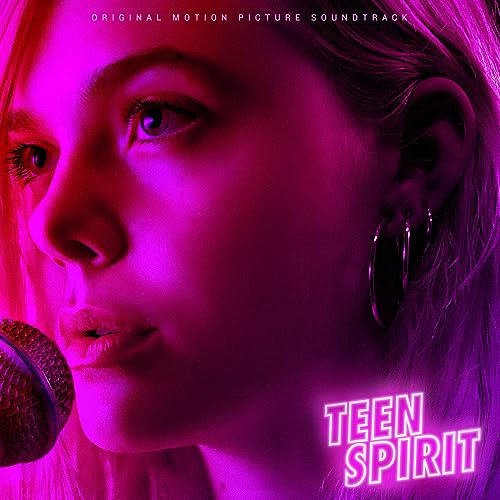 Elle Fanning
4.7 out of 5 stars 25 ratings
See all 3 formats and editions Hide other formats and editions
Buy the CD album for $11.98 and get the MP3 version for FREE.&nbspCD album ships from and sold by Amazon.com. Terms and Conditions. Does not apply to gift orders. Complete your purchase of the CD album to save the MP3 version to your Music Library.

4.7 out of 5 stars
4.7 out of 5
25 global ratings
How are ratings calculated?
To calculate the overall star rating and percentage breakdown by star, we don’t use a simple average. Instead, our system considers things like how recent a review is and if the reviewer bought the item on Amazon. It also analyzes reviews to verify trustworthiness.
Top reviews

Christian
5.0 out of 5 stars What a pleasant surprise - OST Sleeper
Reviewed in the United States on December 7, 2019
Verified Purchase
Arguably some of the Elle Fanning covers are excellent, and the editing is modern and relevant for today's generation of music TV shows. The Orbital redux of Halcyon is also excellent but a bit short (when compared to the 9 and 11 minute versions).

Whatever you thought about the movie (it's decent btw), the music is good. The LP pressing is on pink vinyl and there are no defects in the quality.

Matt
5.0 out of 5 stars Stunning
Reviewed in the United States on November 3, 2019
Verified Purchase
Love this vinyl to one of the most underrated movies of the year. It features an impressive 180g translucent hot pink pressed vinyl with very nice packaging. If you are a fan of the film and soundtrack alike, you cannot pass this up.
Read more
Helpful
Comment Report abuse

Paul AllaerTop Contributor: Classical Music
TOP 50 REVIEWERVINE VOICE
4.0 out of 5 stars Pleasant soundtrack with some (but not all) of the song placements and the original score.
Reviewed in the United States on May 9, 2019
I recently saw “Teen Spirit” in the theater (more on that later). It’s a film about a singing competition for (UK) teens, and hence the movie is chock full of music.I was very curious to see how the soundtrack would be handled, and how many of the songs that we see and hear in the film would end up in the soundtrack release.

“Teen Spirit – Original Motion Picture Soundtrack” (14 tracks; 42 min.) features veteran actress Ellen Fanning, still only 21 yrs. old, competing on the fictional “Teen Spirit” singing contest. She frankly surprises us with her confident singing. At the same time, anything short of that would have sunk the movie. Among the highlights are Fanning’s performances of Tegan & Sara's “I Was a Fool”, Ellie Goulding’s “Lights”, Annie Lenox’s “Little Bird” and, to top things of, a brand new song written by Carly Rae Jesper, “Wildflowers”, playing at the grand finale of the Teen Sprit competition. All 7 songs that Fanning is seen performing in the movie, are included in this soundtrack, which is great. However, quite a few of the other song placements are MIA from this soundtrack. We do get No Doubt’s “Just A Girl”, “Genesis” by Grimes and “Tattooed Heart” by Clara Rugaard. But here are some of the songs that are conspicuously absent on this collection: Irene Cara’s “Flashdance (What a Feeling)”, “Lean On” by Major Lazer, “Better Off Alone” by Alice Deejay, “Teenage Kicks” by the Shades, and least but not least Aqua’s “Barbie Girl”. Given that this soundtrack runs only 42 min., why not include those? The soundtrack also contains some of the incidental original score, composed by Marius de Vries.

As to the movie itself: in essence this is "A Star Is Born", UK teen version. With such utter predictability as far as the story line is concerned, you had better have a strong lead performance and enjoyable music. Thankfully the movie deliverance both. Is "Teen Spirit" as good as last year's remake of "A Star Is Born" (featuring Lady Gaga)? It is not. But neither is it the disaster it could've been and I enjoyed the movie for what it was. Bottom line: "Teen Spirit", both the soundtrack (despite its shortcomings) and the movie, is definitely worth checking out.
Read more
2 people found this helpful
Helpful
Comment Report abuse

ML
5.0 out of 5 stars Great soundtrack
Reviewed in Canada on July 31, 2020
Verified Purchase
Fantastic soundtrack to a great movie. Great remakes of some great songs. A must have for fans of the movie.
Read more
Report abuse