You have reached the cached page for https://youtube.fandom.com/wiki/SSundee
Below is a snapshot of the Web page as it appeared on 11/26/2021 (the last time our crawler visited it). This is the version of the page that was used for ranking your search results. The page may have changed since we last cached it. To see what might have changed (without the highlights), go to the current page.
You searched for: talonsoft wikipedia na film youtube We have highlighted matching words that appear in the page below.
Bing is not responsible for the content of this page.
SSundee | Wikitubia | Fandom

Wikitubia
Register
Don't have an account?
Sign In
Advertisement
in: YouTubers, Users who joined in 2009, Male YouTubers,
and 10 more

Locked page
watch 02:07
Spider-Man: No Way Home Trailer Dropped - The Loop
Do you like this video?
Play Sound

Ian joined the military branch (Air Force) when he was in his young adult years and was happy with being in the military. On February 14, 2013, he made a vlog video talking about him leaving the military, and that he would have more time to make videos.

On 27 November 2009, SSundee joined YouTube. On 24 September 2010, SSundee uploaded what is thought to be his first ever YouTube video by most people, titled "Minecraft Rollercoaster! w/ SSundee". However, he was making call of duty videos before this, which are now privated. On 23 August 2013, SSundee got 1 million subscribers.

In 2013, Ian joined Team Crafted. After joining TC, he became a well-known Minecraft YouTuber. He used to upload many funny gaming videos with the group. In mid-2014, Ian left Team Crafted for an unknown reason.

On 19 November 2013, SSundee uploaded Minecraft SuperCraft Bros 45 where he collabed with Lanceypooh. They both started to make more videos and then they started many Minecraft series. SSundee and Lancey were known as Landee.

In March 2014, SSundee met Lancey. Later on, all the series of Lancey and SSundee ceased and they both had fallen apart. At the time Crainer, a small YouTuber who used to live in Lancey's house, was in contact with SSundee. Crainer was the main reason the both left recording since Crainer recorded an audio of Lancey and asked questions about SSundee, although later this wasn't the case.

At the time Lancey was angry due to the falling out he had with SSundee. Crainer then edited the audio so that his part wasn't in it, and sent it to SSundee, causing further tension.

In 2020, Lancey uploaded a video where he told that SSundee and Lancey left recording with each other because they had wrong information at the time. Lancey said he has no fight with SSundee.

In August 2014 SSundee, a 3 million subscribed YouTuber, collaborated with a relatively small YouTuber who had only 30,000 subscribers known as Crainer. They started a series called "SkyFactory". At first the SkyFactory series received a lot of hate and criticism from Lancey fans. However SSundee had no other option than to record with Crainer. SSundee and Crainer were known as Crundee.[1]

From December 27, 2017, to April 17, 2018, Ian left uploading gameplay videos for almost four months. Ian told that he would be taking a temporary hiatus from YouTube due to personal issues and focusing on his family. On January 3, 2018, SSundee released a video explaining his absence and he would take a break from YouTube due to personal issues. On April 18, 2018, SSundee posted his first gameplay video since December 26, 2017. 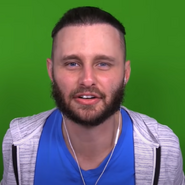 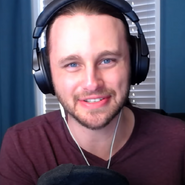 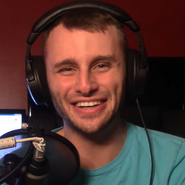 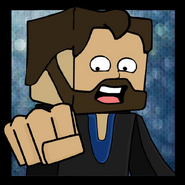