You have reached the cached page for https://wikimili.com/en/Sylvia_Nasar
Below is a snapshot of the Web page as it appeared on 3/5/2020 (the last time our crawler visited it). This is the version of the page that was used for ranking your search results. The page may have changed since we last cached it. To see what might have changed (without the highlights), go to the current page.
You searched for: sylvia nasar wikipedia actor shirtless photos images hd images 2017 full We have highlighted matching words that appear in the page below.
Bing is not responsible for the content of this page.
Sylvia Nasar - WikiMili, The Best Wikipedia Reader

Nasar was born in Rosenheim, Germany, to a Bavarian mother and an Uzbek father, Rusi Nasar, who later joined the CIA as an intelligence officer. Her family immigrated to the United States in 1951, then moved to Ankara, Turkey, in 1960. She graduated with a BA in Literature from Antioch College in 1970 and earned a Master's degree in Economics at New York University in 1976. For 4 years, she did research with Nobel Laureate Wassily Leontief. She joined Fortune magazine as a staff writer in 1983, became a columnist for U.S. News & World Report in 1990, and was an economic correspondent for the New York Times from 1991 to 1999. She was the first John S. and James L. Knight Professor of Business Journalism at Columbia University.

In March 2013, Nasar filed a lawsuit accusing the university of misdirecting $4.5 million in funds over the last decade from the same Knight endowment which pays her salary. The New York Times reported, "In her suit, Ms. Nasar said that after she complained about the misspent funds, [a Columbia University official] "intimidated and harassed" her by telling her that the Knight Foundation "was dissatisfied with her performance as Knight chair because Knight objected to her work on books." [1]

She has three adult children, Clara, Lily and Jack, and lives in Tarrytown, New York. Her husband is Fordham University economist Darryl McLeod. [2]

In 1998, Nasar published A Beautiful Mind , a biography of Nobel Prize-winning economist and mathematician John Forbes Nash Jr. The book describes many aspects of Nash's life, examines his personality and motivations, and deals with the stresses placed on his personal and professional relationships by severe mental illness. However, in an interview with Paula Todd of Studio 2, Nash stated he never had CIA hallucinations, and that he only experience hearing voices in his 40s, not at college in his 20s as depicted in the movie. [3] The book won the 1998 National Book Critics Circle Award for biography. [4]

Nasar's second book, Grand Pursuit, was published in 2011. It is a historical narrative which sets forth Nasar's view that economics rescued mankind from squalor and deprivation by placing its material circumstances in its own hands rather than in Fate. [5] It won the Los Angeles Times Book Prize, Science and technology. [6]

On 28 August 2006 The New Yorker published Nasar's article "Manifold Destiny", which contained the only interview with Grigori Perelman, who solved the Poincaré conjecture and declined the 2006 Fields Medal. The article examined Fields Medalist Shing-Tung Yau's response to Perelman's proof. Some mathematicians wrote letters in defense of Yau over Nasar's portrayal, and Yau threatened to file a lawsuit, but no suit was filed. [7]

In mathematics, the Poincaré conjecture is a theorem about the characterization of the 3-sphere, which is the hypersphere that bounds the unit ball in four-dimensional space. 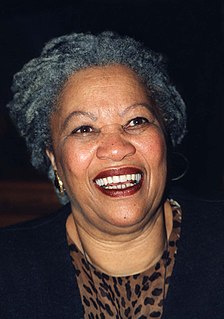 Chloe Anthony Wofford Morrison, known as Toni Morrison, was an American novelist, essayist, book editor, and college professor. Her first novel, The Bluest Eye, was published in 1970. The critically acclaimed Song of Solomon (1977) brought her national attention and won the National Book Critics Circle Award. In 1988, Morrison won the Pulitzer Prize for Beloved (1987); she gained worldwide recognition when she was awarded the Nobel Prize in Literature in 1993. 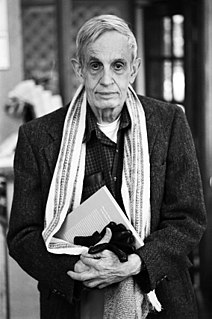 John Forbes Nash Jr. was an American mathematician who made fundamental contributions to game theory, differential geometry, and the study of partial differential equations. Nash's work has provided insight into the factors that govern chance and decision-making inside complex systems found in everyday life. 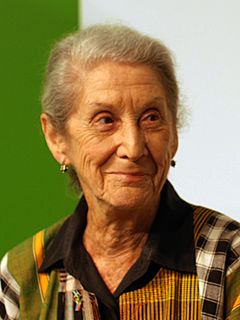 Nadine Gordimer was a South African writer, political activist and recipient of the 1991 Nobel Prize in Literature. She was recognized as a woman "who through her magnificent epic writing has – in the words of Alfred Nobel – been of very great benefit to humanity". 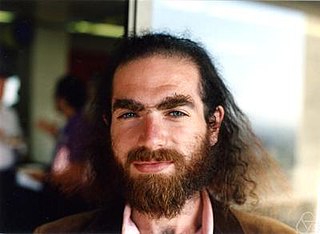 Grigori Yakovlevich Perelman is a Russian mathematician. He has made contributions to Riemannian geometry and geometric topology. In 1994, Perelman proved the soul conjecture. In 2003, he proved Thurston's geometrization conjecture. The proof was confirmed in 2006. This consequently solved in the affirmative the Poincaré conjecture. 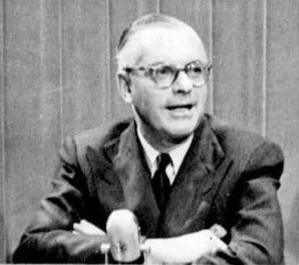 Bennett Alfred Cerf was an American publisher and co-founder of the American publishing firm Random House. Cerf was also known for his own compilations of jokes and puns, for regular personal appearances lecturing across the United States, and for his television appearances in the panel game show What's My Line? 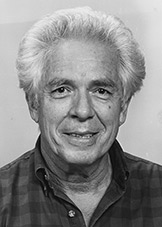 Harold William Kuhn was an American mathematician who studied game theory. He won the 1980 John von Neumann Theory Prize along with David Gale and Albert W. Tucker. A former Professor Emeritus of Mathematics at Princeton University, he is known for the Karush–Kuhn–Tucker conditions, for Kuhn's theorem, for developing Kuhn poker as well as the description of the Hungarian method for the assignment problem. Recently, though, a paper by Carl Gustav Jacobi, published posthumously in 1890 in Latin, has been discovered that anticipates by many decades the Hungarian algorithm. 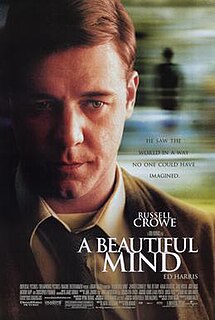 A Beautiful Mind is a 2001 American biographical drama film based on the life of the American mathematician John Nash, a Nobel Laureate in Economics and Abel Prize winner. The film was directed by Ron Howard, from a screenplay written by Akiva Goldsman. It was inspired by a bestselling, Pulitzer Prize-nominated 1998 book of the same name by Sylvia Nasar. The film stars Russell Crowe, along with Ed Harris, Jennifer Connelly, Paul Bettany, Adam Goldberg, Judd Hirsch, Josh Lucas, Anthony Rapp, and Christopher Plummer in supporting roles. The story begins in Nash's days as a graduate student at Princeton University. Early in the film, Nash begins to develop paranoid schizophrenia and endures delusional episodes while watching the burden his condition brings on wife Alicia and friends. 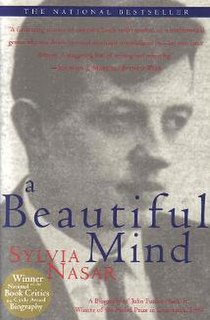 A Beautiful Mind (1998) is a biography of Nobel Prize-winning economist and mathematician John Forbes Nash, Jr. by Sylvia Nasar, professor of journalism at Columbia University. An unauthorized work, it won the National Book Critics Circle Award in 1998 and was nominated for the Pulitzer Prize in biography. It inspired the 2001 film by the same name. 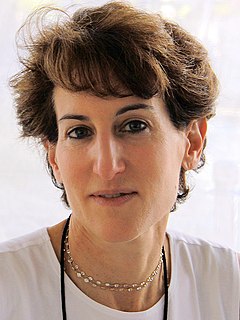 "Manifold Destiny" is an article in The New Yorker written by Sylvia Nasar and David Gruber and published in the August 28, 2006 issue of the magazine. It claims to give a detailed account of some of the circumstances surrounding the proof of the Poincaré conjecture, one of the most important accomplishments of 20th and 21st century mathematics, and traces the attempts by three teams of mathematicians to verify the proof given by Grigori Perelman.

Arthur Paul Mattuck is an emeritus professor of mathematics at the Massachusetts Institute of Technology. He may be best known for his 1998 book, Introduction to Analysis (ISBN 013-0-81-1327) and his differential equations video lectures featured on MIT's OpenCourseWare. Inside the department, he is well known to graduate students and instructors, as he watches the videotapes of new recitation teachers. From 1959 to 1977 Mattuck was married to chemist Joan Berkowitz. Mattuck is quoted extensively in Sylvia Nasar's biography of John Nash A Beautiful Mind. 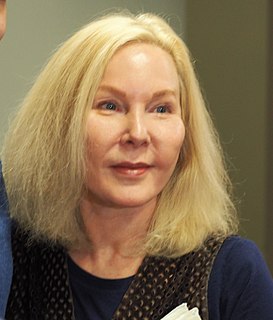 Katherine "Kate" J. Boo is an American investigative journalist who has documented the lives of people in poverty. She has won the MacArthur "genius" award (2002) and the National Book Award for Nonfiction (2012), and her work earned the 2000 Pulitzer Prize for Public Service for The Washington Post. She has been a staff writer for The New Yorker magazine since 2003. Her book Behind the Beautiful Forevers: Life, Death and Hope in a Mumbai Undercity won nonfiction prizes from PEN, the Los Angeles Times Book Awards, the New York Public Library, and the American Academy of Arts and Letters, in addition to the National Book Award for Nonfiction.

Jill Lepore is an American historian. She is the David Woods Kemper ’41 Professor of American History at Harvard University and a staff writer at The New Yorker, where she has contributed since 2005. She writes about American history, law, literature, and politics. 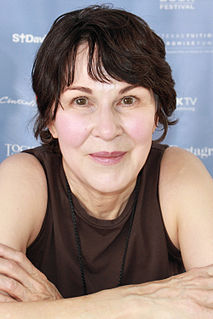 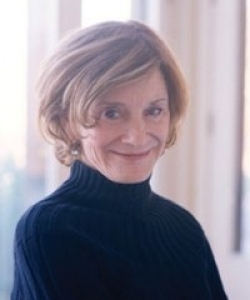 Elizabeth (“Betsy”) Hawes is an American writer of biography, journalism and creative non-fiction. 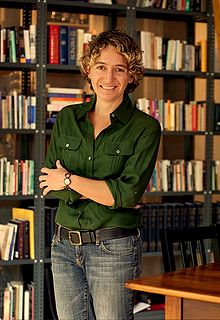 Kathryn Schulz is an American journalist and author, and the former book critic for New York magazine. She joined The New Yorker as a staff writer in 2015. Schulz won the 2016 Pulitzer Prize for Feature Writing for her New Yorker article on a potential large earthquake in the Pacific Northwest.

Alicia Esther Nash was a Salvadoran-American physicist. The wife of mathematician John Forbes Nash, Jr., she was a mental-health care advocate, who gave up her professional aspirations to support her husband and son who were both diagnosed with schizophrenia.