You have reached the cached page for https://postcolonial.net/2020/01/book-summary-wide-sargasso-sea-by-jean-rhys/
Below is a snapshot of the Web page as it appeared on 2/22/2021 (the last time our crawler visited it). This is the version of the page that was used for ranking your search results. The page may have changed since we last cached it. To see what might have changed (without the highlights), go to the current page.
You searched for: summary of the wide sargasso sea by jean rhys We have highlighted matching words that appear in the page below.
Bing is not responsible for the content of this page.
Book Summary: Wide Sargasso Sea, By Jean Rhys - Postcolonial Space Skip to content 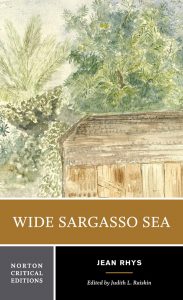 Published in 1966, Wide Sargasso Sea is an interventionist novel that tells the silenced story of Bertha Mason, the “mad woman in the attic” from Charlotte Bronte’s 1847 novel Jane Eyre. According to some sources, “it took Rhys twenty-one years to write” the novel. 1 The novel tells the story of Antoinette Cosway, a creole woman with roots in Jamaica and Dominica, who is married to Rochester (From Jane Eyre).

The title alludes to Sargasso Sea, which is defined as follows:

The Sargasso Sea (/sɑːrˈɡæsoʊ/) is a region of the North Atlantic Ocean bounded by four currents forming an ocean gyre. Unlike all other regions called seas, it has no land boundaries. It is distinguished from other parts of the Atlantic Ocean by its characteristic brown Sargassum seaweed and often calm blue water. 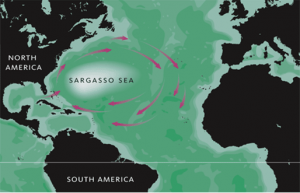 Plot and Organization of the Book

Part 1: In part one we learn of Antoinette’s childhood on a dilapidated farm where she lives in poverty with her mother Annette. This part also enlightens us about her childhood loneliness, except for one friend, Tia, and of her relationship with Christophine. In part 1, after her mother is hospitalized, Antoinette first goes to live with her aunt and eventually ends up being a boarder at the convent. In terms of the novel’s interventionist role into Jane Eyre, this whole part gives us the back story and formative influences in Antoinette’s, Bertha Mason’s, life, the part completely excluded in the Bronte Novel.

Part 2: Mostly narrated by Rochester (Not named in the novel), this part deals with his marriage with Antoniette and their stay at the vacation home. In this part we also learn about Rochester’s unease with the peculiarities of her wife’s behavior and his increasingly cruel attitude toward her. This part also inserts the role of rumor and innuendo, perpetrated by Daniel, that gives a sort of “rationale” to Rochester to completely isolate his wife. Toward the end of this part, the couple move to England.

Part 3: In this  shortest part of the novel, we learn about Antonette’s confined life in England. This is the part that we are privy to through Jane Eyre, but in Jane Eyre we only see Jane encountering the “mad Woman” who eventually burns down the house. In this part of the novel we learn that burning the house was no accident but that Antonette does that intentionally and methodically. Hence the last lines of the novel:

Now at last I know why I was brought hee and what I have to do. There must have been a draught for the flame flickered and I thought it was out. But I shielded it with my hand and it burned up again to light me along the dark passage.

Annette is Antoinette’s mother and was originally from Martinique. She is represented as exceptionally beautiful but eccentric. She marries Alexander Cosway and later Mr. Mason. Mr. Mason eventually leaves her in the care of two black servants, who mock her mad state. She dies while her daughter is in the convent.

Antoinette is the female protagonist of the novel and is based on the character of Bertha mason in Jane Eyre. In fact, according to Jean Rhys’s letters, the novel is an attempt at telling Bertha Mason’s (Antonette) story. As a creole young woman, Antonette grows without much love from her mother and eventually ends up in a convent. The story revolves around her view of herself and of her own life, her marriage to Rochester, and then her eventual isolated life in England.

Rochester: [Not named but surmised]

The character of the husband is modelled after Rochester from Jane Eyre. In Wide Sargasso Sea we meet Rochester in part 2 of the book, narrated in his voice, where he appears in Jamaica as a prospective husband to meet and marry Antoinette. He is portrayed as a character uneasy with his wife’s way of life and eventually moves back to England with his wife, having obtained the promised dowry.

Originally from Martinique, Christophine o had been “given” to Annette as a personal servant by her first husband, Alexander  Cosway. The Jamaican servants do not trust her and are afraid of her as she is presumed to be an Obeah woman. She is also Antonette’s guide and nanny and provides wise counsel to Antoinette and also predicts her future. Overall, Christophine is a powerful native character with her own individual agency despite being a servant.

The Part 1 of the novel is set in Jamaica at Coulibri estate, near Spanish Town, the former capital of Jamaica. The part 2 is set in Granbois, Dominica at a honeymoon house owned by Annette and her family. Part 3 is set in London at the Thornfield Hall, Rochester’s house, where Annette is kept as a “captive” in the attic.

The  temporal setting of the novel is 1830s.

Some of the major themes could be summed up as follows:

Wide Sargasso Sea is one of those rare novels that examines the intricacies of the individual and collective white creole identities with reference to both their purely European and African others. We find that Antoinette, as a white creole woman, is neither fully accepted by her European peers nor by the African Jamaicans. In most postcolonial theory, this hybrid identity would be seen as a positive thing–neither this nor that–but within the novel this racial marking actually ends up making Antoinette’s self more precarious and vulnerable. However, her precarity is not just based in race: class plays an important role in it as well. Even though she and her mother look white, they are, in some ways, even poorer than the black inhabitants around the estate. So, the local derision by black inhabitants is not necessarily race-based; it can also be attributed to their class as poor whites. In my view the view of the white creoles by the “real” British citizens is more based in the formers belief in their idea of a pure racial identity.

The novel not only provides a critique of colonial culture by openly providing us knowledge the impact of slavery on the Jamaican culture, but it also points to the way the colonial culture disrupts, destroys and corrupts the local culture and communities. One can see this pernicious effect of colonialism in the form of Christianity that Daniel practices: the kind that makes him self righteous enough to take his revenge by implicating Antoinette. What Daniel does, then, is an outcome of the colonial experience in which he could be conceived because of Mr. Cosway’s affair with his mother but never fully given the rights to his paternal heritage. As a microcosm, colonialism not only disrupts the local cultures and customs but also introduces hatereds and animosties produced by the system itself.

One of the most important themes in the novel is the legal rights of women and its impact on their lives. While in Jamaica,. Antoinette enjoys the right to own property and to inherit property, by marrying a British citizen she loses these rights. At the time of her marriage (1830s) married British women had no property rights and this lack of rights is crucial in transforming her into the “mad woman in the attic.” It is important to note that only after Married Women Property Act of 1882 do British women win the right to own property (https://en.wikipedia.org/wiki/Married_Women’s_Property_Act_1882)

About the Author: Masood Raja

Author of "ISIS: Ideology, Symbolics and Counter Narratives" (2019) Masood Raja is an associate professor of Postcolonial Literature and theory at University of North Texas.

Postcoloial Space displays merchant affiliate links and contextual ads. The site only generates revenue after someone clicks on a link and makes a purchase/ performs an action on the resulting page!