You have reached the cached page for https://poohadventures.fandom.com/wiki/Darkseid
Below is a snapshot of the Web page as it appeared on 9/17/2021 (the last time our crawler visited it). This is the version of the page that was used for ranking your search results. The page may have changed since we last cached it. To see what might have changed (without the highlights), go to the current page.
You searched for: steven universe future episodes wikipedia justice league dark apokolips war We have highlighted matching words that appear in the page below.
Bing is not responsible for the content of this page.
Darkseid | Pooh's Adventures Wiki | Fandom
Pooh's Adventures Wiki
Register
Don't have an account?
Sign In
Advertisement
in: VILLAINS, Non-Disney characters, Non-Disney villains,
and 288 more

Darkseid (real name: Uxas) is one of the main antagonists in the Superman comics and other DC media. He is a merciless tyrant and a member of an extraterrestrial race of deities known as New Gods. He was widely regarded as one of the DC universe's most powerful and malevolent villains of all time.

Darkseid is also the inspiration for Thanos of Marvel comics, as stated several times by Thanos original creators. 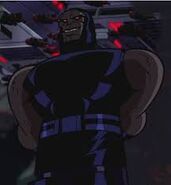 Darkseid (Batman The Brave and the Bold)

Darkseid and his legions 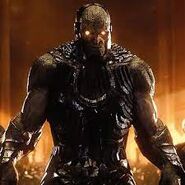