You have reached the cached page for https://www.abc10.com/article/news/local/california/cpuc-president-to-resign-by-end-of-2021/103-24852376-9a24-43f3-a492-14c3f4a784d6
Below is a snapshot of the Web page as it appeared on 10/15/2021 (the last time our crawler visited it). This is the version of the page that was used for ranking your search results. The page may have changed since we last cached it. To see what might have changed (without the highlights), go to the current page.
You searched for: sonoma weather 10 day forecast We have highlighted matching words that appear in the page below.
Bing is not responsible for the content of this page.
Marybel Batjer steps down to step down as president of CPUC | abc10.com

Gov. Newsom's appointee helped orchestrate the bailout of PG&E as head of the California Public Utilities Commission. She plans to leave her post at the end of 2021. 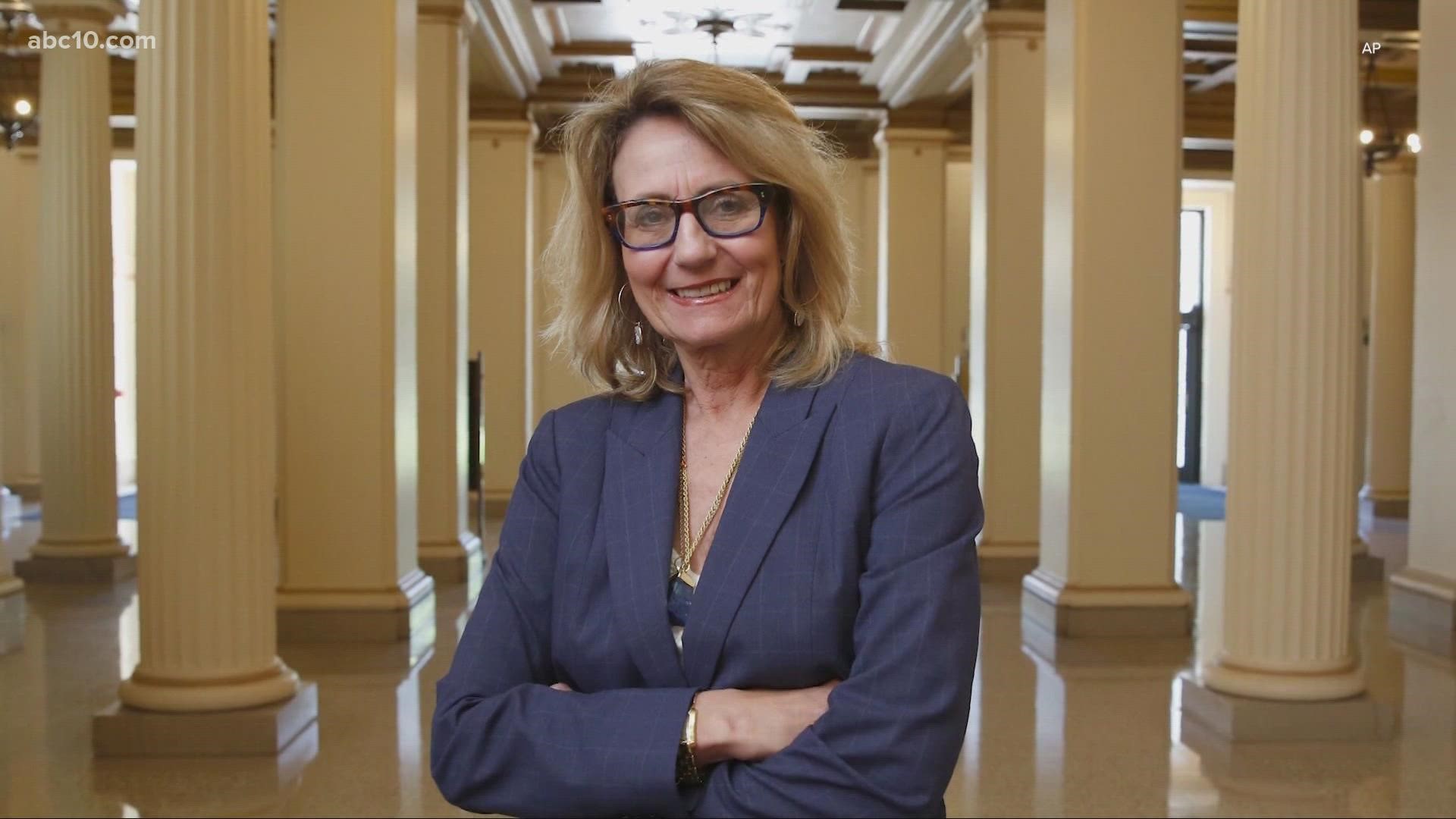 Batjer, an appointee of Gov. Gavin Newsom, announced what she called a "difficult decision" in an internal email obtained by ABC10.

Multiple current and former CPUC employees have expressed reservations about Batjer's leadership at the commission, pointing out that the former casino executive came into the job with no significant experience in the utility or energy sectors.

ABC10's years-long FIRE POWER MONEY investigation revealed Batjer's CPUC played a key role in the Newsom administration's complex plan to help PG&E avoid the financial consequences of past and future wildfires in hopes of returning the company to solvency.

The executive director who worked under Batjer during the bailout of PG&E revealed the agency failed to operate independently, as required by California's constitution.

"We do whatever the governor tells us to do, period," fired CPUC executive director Alice Stebbins said. "Especially anything with PG&E, anything with the bankruptcy."

The CPUC's own internal communications revealed the agency was submitting work to Newsom's office for "approval," lending credence to Stebbins' claim that the governor's office was "micromanaging" the agency under Batjer.

Under state transparency laws, ABC10 requested messages between Batjer and four key staffers on PG&E policy in Newsom's office. The agency rejected the request and ABC10 sued. The CPUC is currently arguing to the state supreme court that it can take an indefinite amount of time to respond.

Among the most serious findings of ABC10's investigation was the discovery that the CPUC harmed the criminal investigation of PG&E after the 2018 Camp Fire. PG&E eventually pleaded guilty to 84 felony counts of involuntary manslaughter and an additional felony for sparking the fire. ABC10 also found the CPUC misled the public about the agency's own response to PG&E's violations of safety regulations under Batjer's leadership.

Batjer never agreed to be interviewed and did not comment on any of ABC10's findings.

The announcement of Batjer's departure comes as the crisis with California's largest utility company, PG&E, continues to deliver disappointing developments.

Shasta County prosecutors recently filed 31 new criminal charges against PG&E, including four felony counts of manslaughter for the deaths caused in 2020's Zogg Fire. Cal Fire investigators found PG&E was reckless and should have removed a grey pine with "obvious" safety problems before it fell on PG&E's power line.

PG&E admits that its power line sparked the fire, but says it intends to fight the criminal charges.

The company is also fighting numerous felony and misdemeanor charges in Sonoma County for the 2019 Kincade Fire, which PG&E also admits was sparked by a power line.

In the wake of PG&E's crimes in the Camp Fire, Batjer's CPUC twice awarded PG&E with an official state safety certificate and approved rate increases for the utility, which now has a total of 91 felonies.

In the email announcing her departure, Batjer said she was "so proud of the work we have done together" and praised the CPUC for ensuring that Californians "have access to safe, clean, and affordable utility services."

1 / 9
ABC10
Stream ABC10 live newscasts and on demand video with our app on Roku, Amazon Fire TV, and Apple TV.

KXTV would like to send you push notifications about the latest news and weather.